An Interview with Gay Historian and Writer Eric Cervini

The COVID-19 pandemic is far from over despite what the POTUS says or the cities and states that have chosen to reopen endangering everyone. In other words, we will all be better off if we continue to shelter-in-place, at least until there is a vaccine. With that in mind, anyone looking for a compelling and juicy queer history read need look no further than The Deviant’s War: The Homosexual vs. The United States of America (FSG, 2020) by Eric Cervini. Cervini, who received his PhD in history from the University of Cambridge, took it upon himself to introduce readers to Frank Kameny, a legendary figure in the fight for LGBTQ rights. Kameny, a prominent force in the early days of the Mattachine Society, bravely took on the United States government’s policy regarding homosexuals when he was fired from his job with the United States Department of Defense for being gay in 1957. The Deviant’s War is a perfect summer read, an informative alternative to a Pride parade, if you will.

Gregg Shapiro: Eric, what does it mean to you to have your first book, The Deviants War, featured in a “13 Books to Watch For in June” column in the New York Times?

Eric Cervini: It was quite an honor. I’m so excited that my publisher, FSG, in the middle of a pandemic miraculously was able to get it out in time (for June), which is, as you may know, the 50th anniversary of the world’s first Pride march. I think as people are wondering how to celebrate Prides without parades, I hope the book reminds readers that the very first Pride was about resistance. I hope people can be reminded of that fact once again.

GS: When did you first become interested in history and by extension gay history?

EC: In college, I thought I was going to law school. I thought I was going to study government and had a very straight path ahead of me, so to speak [laughs]; then I realized after watching the film Milk, like so many people of my generation, who were not taught in high school or even college about LGBTQ+ history. I didn’t know the first thing about Harvey Milk when I was 20 years old. That signaled to me that if I didn’t know Harvey’s, then what other stories are out there that have not been turned into Oscar winning films, which stories are out there that deserve to be told? Very soon thereafter in undergrad at Harvard, I was searching for other gay activists who I might be able to research. Frank Kameny’s name came up and I saw that he had just recently passed away. I saw that he had donated, I believe, the largest individual LGBTQ+ collection of personal papers to the Library of Congress. No one had written a book about him. I went down to the Library of Congress and started thumbing through his daunting number of documents and realized that I was staring at the secret history of gay rights in America. I’ve been hooked ever since and that was seven years ago.

GS: Early in the book, you write about the social data gathering work of Laud Humphreys, Alfred Kinsey, and Frank Kameny. Do you see yourself and your book as a continuation of that legacy?

EC: That’s an interesting question. I’m not sure I want to follow Laud Humphrey’s footsteps [laughs]. He’s primarily taught in sociology courses as an example of unethical research [laughs]. But I think what Kinsey did was start a conversation. I hope that, like Kinsey, I can prompt a larger discussion in the media, in the public, and especially in academia, about the stories that we’re forgetting when we teach queer history. I’ve made certain to make sure that, yes, the story is primarily about Frank. But every chapter, as I’m sure you saw, begins with a different character who influenced or was influenced by Frank. That includes people like Bayard Rustin, Ernestine Eppenger and Sylvia Rivera. These are people who also deserve their own books. I hope people read Frank’s story, recognize how important he was for our movement, but also recognize the less discussed figures that are equally important parts of our community who deserve to have their own stories told. I hope just as Harvey Milk compelled me to search for other stories that are hidden in the archives, I hope Kameny does the same to other scholars, students and members of the general public.

GS: Absolutely! Can you please say something about the process of chapter titling, such as The Astronomer, The Letter, The Panic, The Crusader, and so on, in the way that you did?

EC: All of them are nouns. They’re all similar to these secondary characters I introduce who influenced or were influenced by Frank. These are objects or people that represent not just Frank’s life, but America in the 1960s. You have to tell Frank’s story to understand the pre-Stonewall homophile movement. But you also have to understand everything else that was occurring in America. You have to understand the Black Freedom Movement, Women’s Liberation, the Daughters of Bilitis. After Stonewall you have to understand organizations like STAR (Street Transvestites Action Revolutionaries) in New York City. All these different aspects of American politics and culture were essential to influencing Frank and to the creation of what we now celebrate each June. 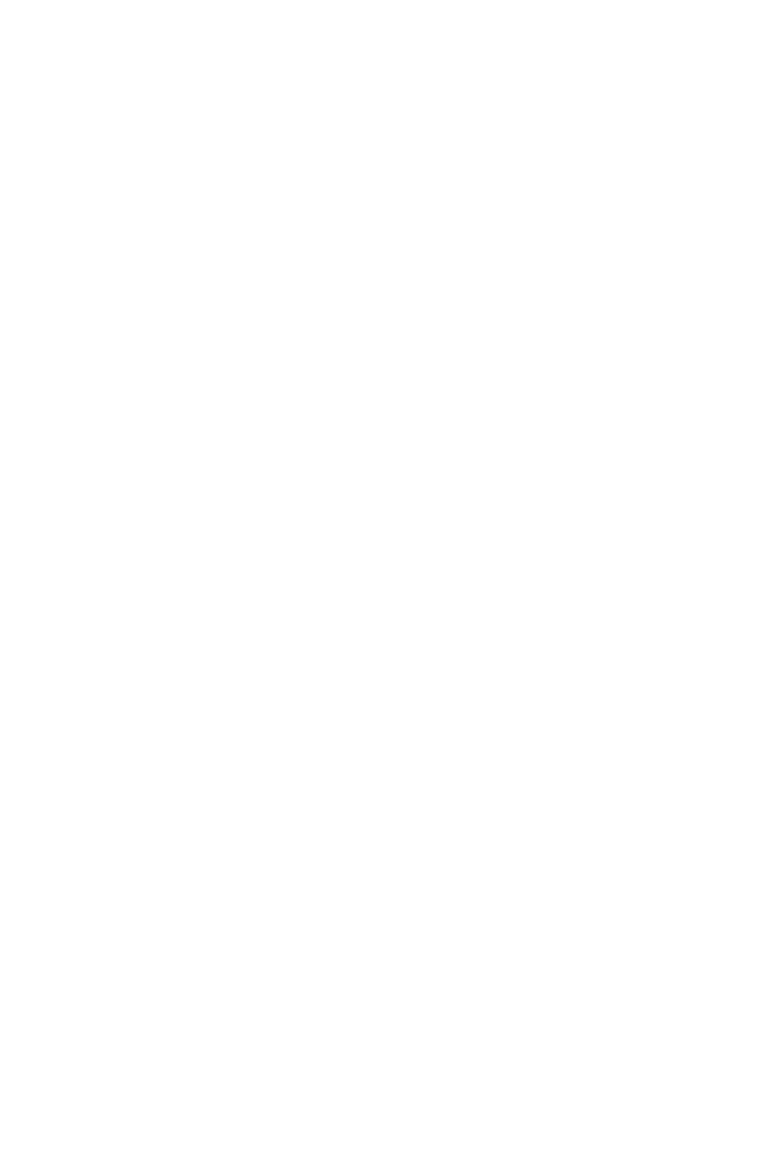 GS: The Deviants War has many examples of important history being made, such as in Sept. 1962, when Congressmen Nix and Ryan voted against H.R. 11363 and the April 1965 picketing protest at the White House. What would it mean to you to have the book become part of syllabus for college-level history courses?

EC: It would be a dream come true. I’ll never forget taking my first history class at Harvard and realizing that history, unlike what we’re taught in high school — don’t get me wrong, my history teachers in high school were heroes, but they’re also given a daunting list of facts indeed that they needed to teach and that was it – and it wasn’t until college that I realized that history is also about storytelling and the human condition. These are fully formed human beings with complexities and flaws, just like Frank Kameny who’s a very flawed hero. So, I hope it shows students who may be taking their very first Introduction to Queer History, that it doesn’t just have to be memorization of facts. These are characters, human beings who changed over time and were confronted with extreme difficulties and still resisted. I hope it compels them, like I said, to study other figures within the movement who may have been forgotten. But, also, to paint them in a very human light.

GS: Since the beginning of 2020, the LGBTQ+ community has lost significant voices such as Larry Kramer and Phyllis Lyon, both of whom you write about it in the book, as well as Mart Crowley and Terence McNally. From the perspective of a historian, are there people to whom you would like to speak while you have the chance?

EC: Absolutely! There are so many people, especially in the second wave of activists within the Gay Liberation Front. Especially women, lesbians in particular, who were really struggling with a movement, especially within the Gay Liberation Front that was so male dominated and so misogynistic that they were confronted with having to choose between a male dominated gay liberation movement or the women’s liberation movement. I think that struggle is something that needs to have a lot more books written about it. Many figures are still alive, like Eva Freund, who’s a veteran of the Mattachine Washington. Martha Shelley, who was one of the founding members of the Gay Liberation Front. Nancy Tucker, who created The Washington Blade. They’re all around and so happy to talk [laughs]. I’m so happy I got to talk to them for this book, but they also deserve their own books. Martha Shelley was in the same biology class at Bronx Science with Stokely Carmichael! You can’t make that up. These stories need to be written.

GS: With that in mind, have you started to think about your next book project?

EC: I have a few ideas. I’ll be honest, I’m currently living in Los Angeles, so I have a passion for making history entertaining and accessible rather than staying within academia. I’m very grateful that I was trained as an academic, but I think now I want to use those tools of research in rigor and bring them to the masses. Especially sharing archival materials is a big passion of mine. Open sourcing materials that are otherwise held behind paywalls or institutions. One thing I’m working on with a non-profit in DC is open sourcing all the digitized documents that formed the backbone of my book. If you go to thedeviantsarchive.org you can access over 100,000 pages of documents ranging from Frank’s papers to FBI files. I hope that people read the book and become inspired by Frank’s story, and everyone else who’s in the book. A lot of these archives are closed now because of the pandemic. I would encourage anyone who’s interested in doing the research for themselves – you don’t have to have a PhD to start researching history. Anyone can do it. Anyone can write an article or highlight a certain document and it should be open and accessible to all.

GS: Finally, we started the interview with your mention of the movie Milk. If there was a movie made of The Deviant’s War, who would you want to play Kameny?

EC: [Laughs] that’s a very difficult question. He had a very distinctive voice; very loud and nasal. Very staccato as Jack Nichols would describe it. It really would depend. It would have to be a classically trained actor. It would take months of dialect training of some sort in order to be able to capture his New York accent, plus just his style of speaking. So. I really can’t even begin…but I would say I think it’s so important that if it is ever adapted, and for any LGBT story that is adapted, it needs to be someone who is within our community. Someone who is LGBTQ+. I think that’s non-negotiable.

Under All is the Land