The cast of the National Tour of TOOTSIE. Photo by Evan Zimmerman for MurphyMade.

TOOTSIE, the hilarious Tony Award-winning musical, is coming to the Broward Center for the Performing Arts in Fort Lauderdale for a limited two-week engagement from January 11- 23, 2022.

All guests age 2 and up must wear a suitable face covering while inside the theater. In addition, all guests age 12 and up must provide proof of a recent negative COVID-19 test or of full vaccination status. View the Guest Entry Policy at www.BrowardCenter.org/visit/guest-entry-policy for full details on the venue’s COVID-19 protocols. For accessibility questions or assistance related to the COVID-19 policies, email Boxoffice@BrowardCenter.org or call 954.462.0222.

Call it “musical comedy heaven” (Rolling Stone). Call it “the most uproarious new musical in years!” (The Hollywood Reporter). Call it Tootsie! This laugh-out-loud love letter to the theater tells the story of Michael Dorsey, a talented but difficult actor who struggles to find work until one show-stopping act of desperation lands him the role of a lifetime. Featuring a hilarious Tony®-winning book by Robert Horn and an outrageously clever score by 2018 Tony-winner David Yazbek (The Band’s Visit, Dirty Rotten Scoundrels), this New York Times Critic’s Pick is “a joyful delight” (The Washington Post) that’s “so packed with punchlines, it should be called a jokebox musical!” (Bloomberg). “In these turbulent times, when the world seems out of balance, we need a place to let the good times roll,” raves Rolling Stone. “Tootsie is it!”

Tootsie is based on the story by Don McGuire and Larry Gelbart and the Columbia Pictures Motion Picture produced by Punch Productions and starring Dustin Hoffman. The National Tour of Tootsie is produced and managed by TROIKA Entertainment.

The cast of the National Tour of TOOTSIE. Photo by Evan Zimmerman for MurphyMade. 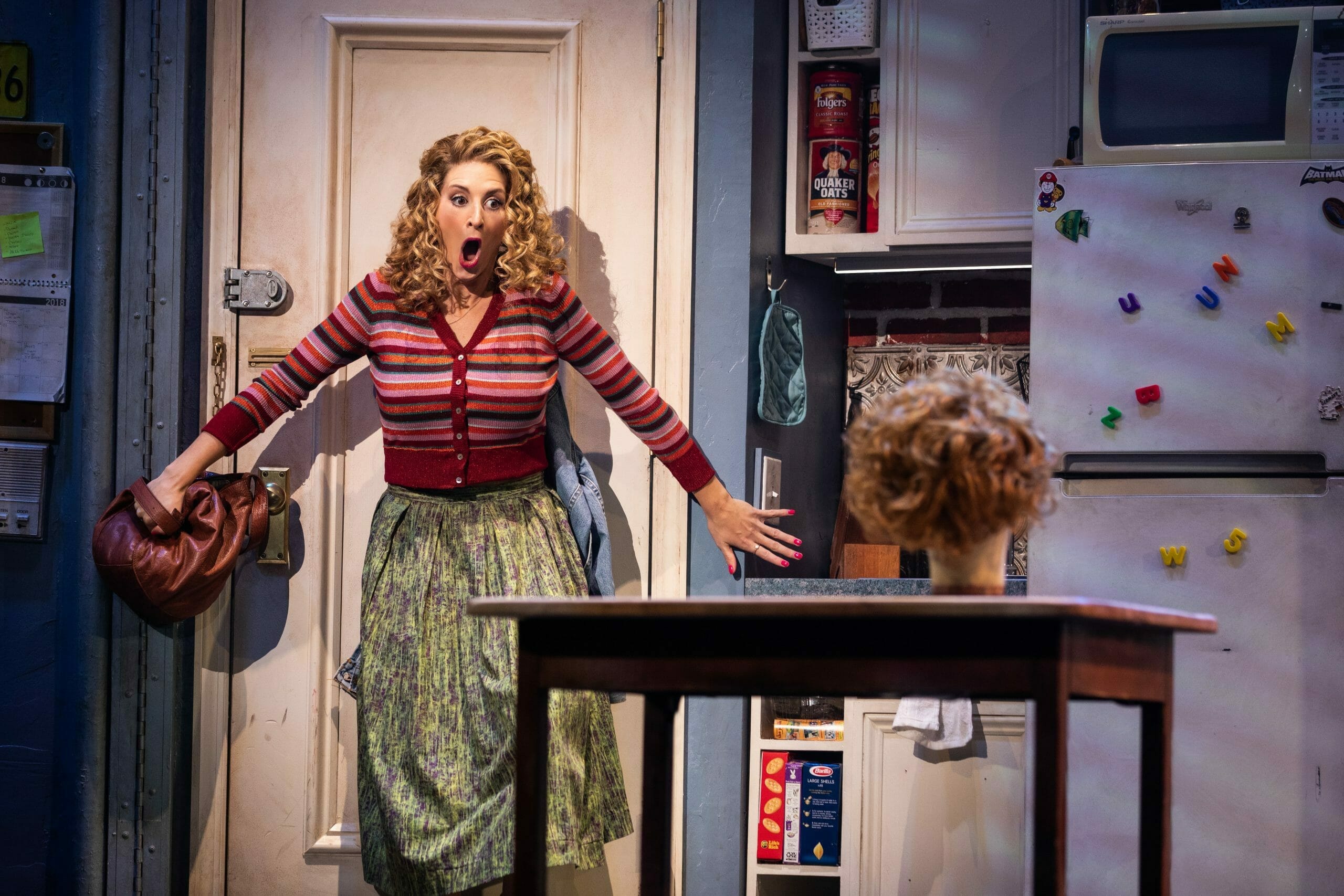 Payton Reilly as Sandy Lester in the National Tour of TOOTSIE. Photo by Evan Zimmerman for MurphyMade.