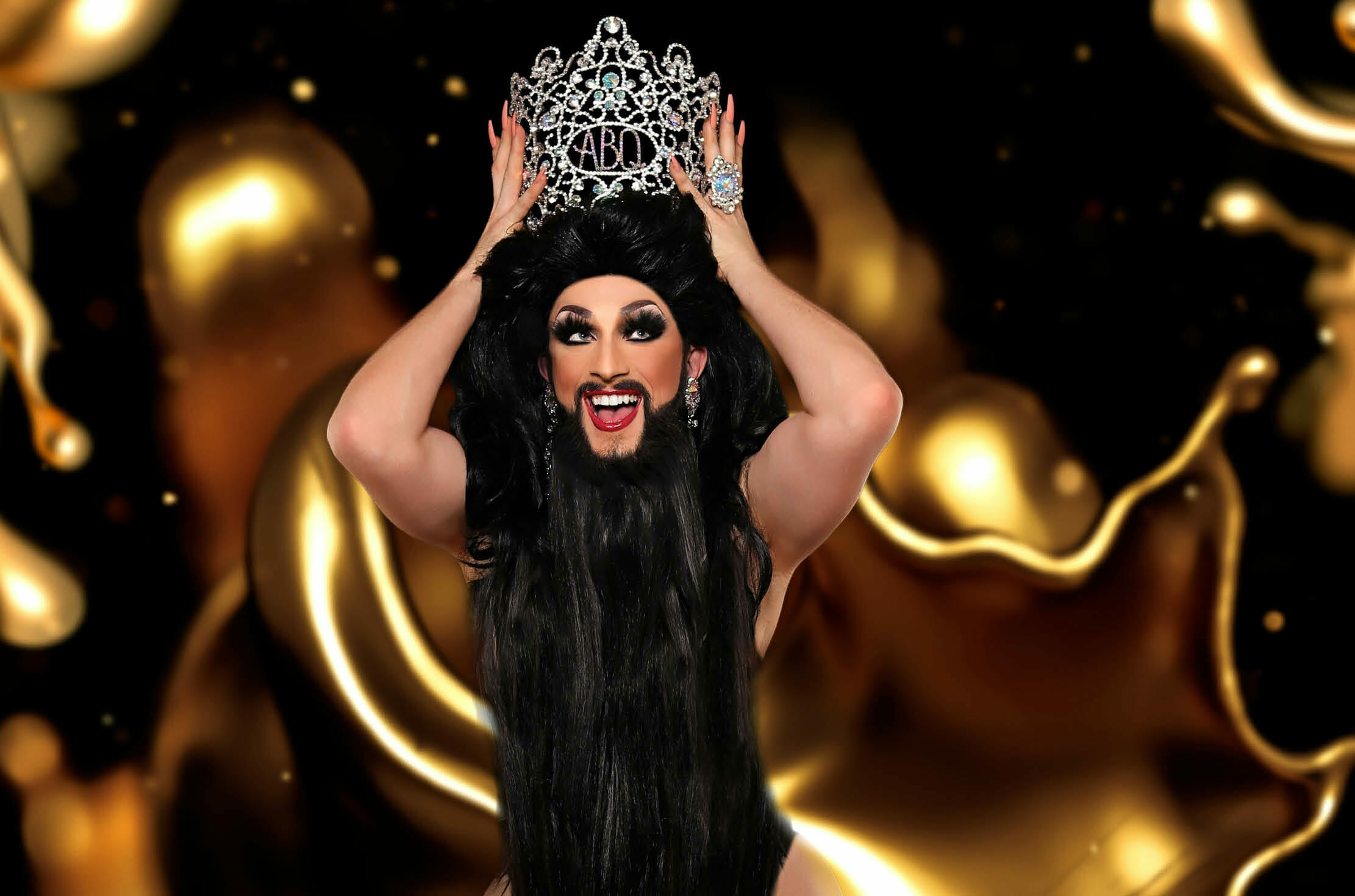 Originally from Kent in southeastern England, Starlet Skye moved to the U.S. seven years ago to be with a guy she met. Although the relationship didn’t work out, her love for South Florida remained. Skye quickly made a name for herself within the drag community and is now a resident performer at Eagle Wilton Manors. Always hoping to make audiences smile, she is a showgirl who knows how to have fun and entertain. Plus, who doesn’t love a bearded queen?

OutClique caught up with Skye to talk more about her drag and style.

Denny Patterson: Can you begin by telling us when and how you discovered your passion for drag?
Starlet Skye: My first time in drag was when I was 16 years old. My first boyfriend was a drag queen and he dressed me up for fun. He saw I was pretty good at it, and then we put a double act together.

DP: You are a bearded queen. What made you decide to choose that style of drag, and are there many bearded queens in the South Florida drag community?
SS: I actually grew the beard while stuck at home during the pandemic. I thought, why not? I like how my drag style looks with the beard and I’ve never grown one before. So, I’ve adapted my style of drag to accommodate the beard, but I love that it’s a new challenge for me. Plus, I just won my first national title of “America’s Bearded Queen!” Here in South Florida, there are a few bearded queens. They are appearing slowly but surely.

DP: We can primarily see you perform at Eagle Wilton Manors. What kind of shows do you do?
SS: I host my own show at Eagle on Sunday called Sunday Service, featuring the iconic Erika Norell and Daisy DeadPetals, amongst others. It’s a fun filled adult show where we drink, laugh, and it’s so exciting to do.

DP: Eagle is a leather bar. What is it about leathermen that you find so attractive and appealing?
SS: I’ve always liked leathermen. I can’t describe what it is. Just something about seeing a hot guy head-to-toe in leather gets me going [laughs].

DP: What are some of your interests outside of drag?
SS: I like various things like movies and going out to eat, but the pandemic kind of made me a homebody, but I’m okay with that! I also make costumes and I’m always looking to create new shows.

DP: What are some future goals you would like to accomplish with your drag career?
SS: As I said earlier, I won a national title in November as “America’s Bearded Queen,” so this year, I will be touring the U.S., and possibly the UK. I’m looking forward to visiting places I’ve never had a chance to see yet. This year is also my 20th anniversary of doing drag. I would like to keep working and be happy and healthy.

DP: Before we wrap up, is there anything else you would like to mention or plug?
SS: All I’ll say is keep an eye out because new things are coming and be kind to everyone. Remember, it’s just drag!

Stay up-to-date and connect with Skye by following them on Facebook @SkyeBeckett.