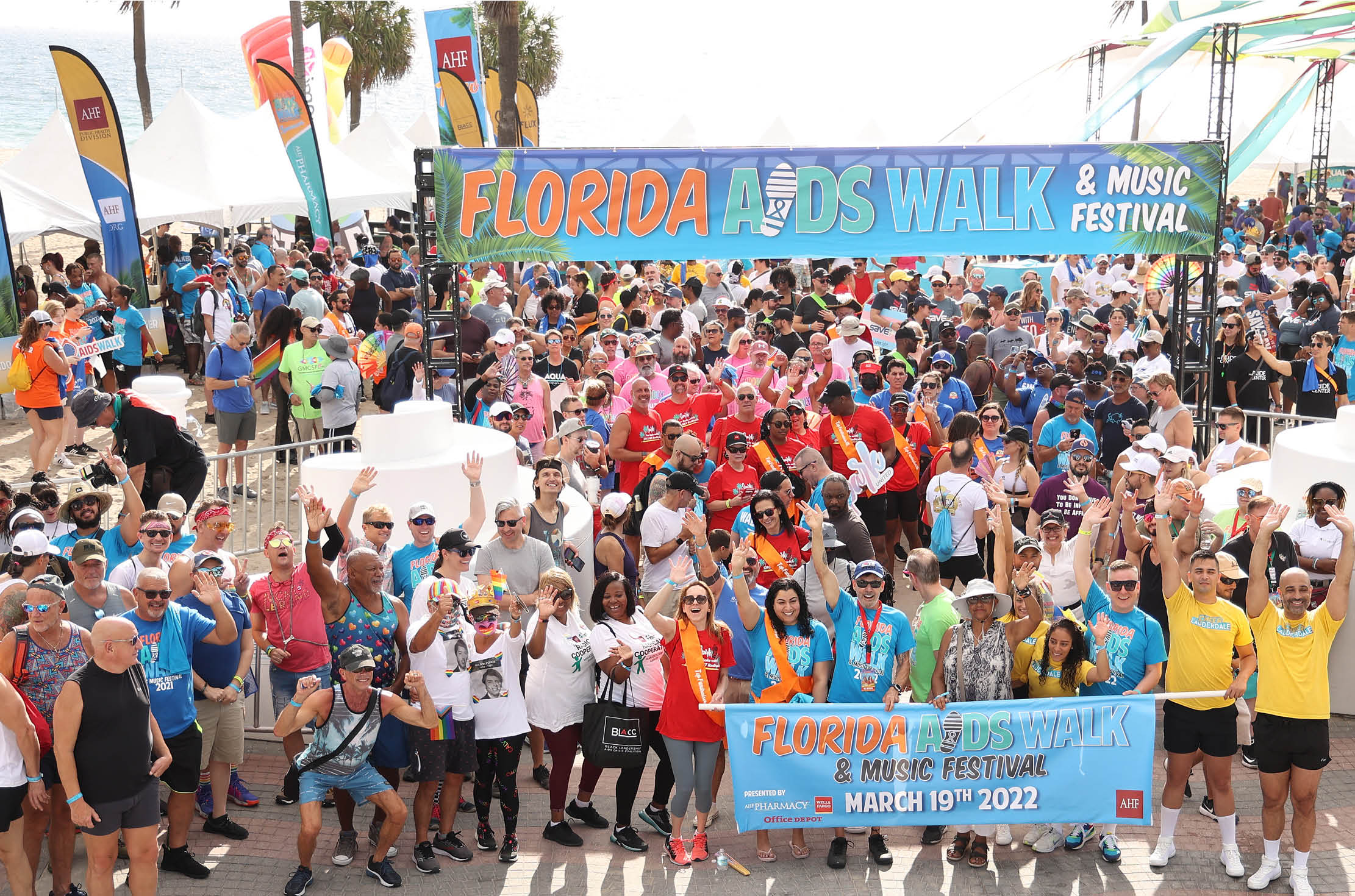 The goal for the 2022 Florida AIDS Walk & Music Festival was not modest. For an event as well known as this, $1,500,000 is ambitious.  Turns out, they weren’t thinking big enough!

Donations exceeded $1.5 million even before the event stepped off. As of this writing, $2.1 million has been raised.

“The AIDS Walk is the largest fundraiser of its kind in our state,” Zachary Durand, community outreach director for Fort Lauderdale Mayor Dean Trantalis told OutClique. “At a time when the LGBTQ community and other minority group rights are being restricted in the legislature, it’s important that everyone continue to show up in droves.”

“The number one thing for us is that we are so grateful that we were chosen as a beneficiary this year by AHF,” Aqua Foundation for Women Board Chair Karen Costello-Wilder says. “That really helps smaller organizations, like us, and we’re grateful to be part of it.”

AHF is a global organization that prioritizes health awareness surrounding HIV/AIDS. They partner with local agencies to bring help directly into the communities that need them. South Florida continues to have one of the highest rates of new infections, a problem that has been in our region for years.

Costello-Wilder says developing the next generation of HIV activists is one way they use their funds.

“We offer a scholarship program at Aqua,” she explains. “Currently, one of our scholars is getting her masters in entomology, and we’re discussing putting together a program for women with HIV and trans with HIV. Having panels there, a testing site, and start talking about it more.”

After the walk, the party began. Deborah Cox and Jessie J co-headlined the event, both belting out hits that had the crowd of thousands singing along. Both have been longtime allies in our community.

Local organizations, businesses, and groups of friends formed teams to raise money and have fun.

“Amazing. Both girls blew my mind,” The Pub’s Joshua Seaton says. “The Pub, LIT Bar, Gym Bar, we all came together as a family for the community.”

“We do this kind of work,” Ogui Vila of Team Latinos Salud adds. “It’s nice to see people recognize the work. It’s also important to have gay latino representation in the Miami area.”

Local diva and legend Kitty Meow, was emcee, and this was her third year hosting the Florida Aids Walk and Music Festival.

“By far, this is certainly the largest audience I have ever seen in attendance for the event,” she says.