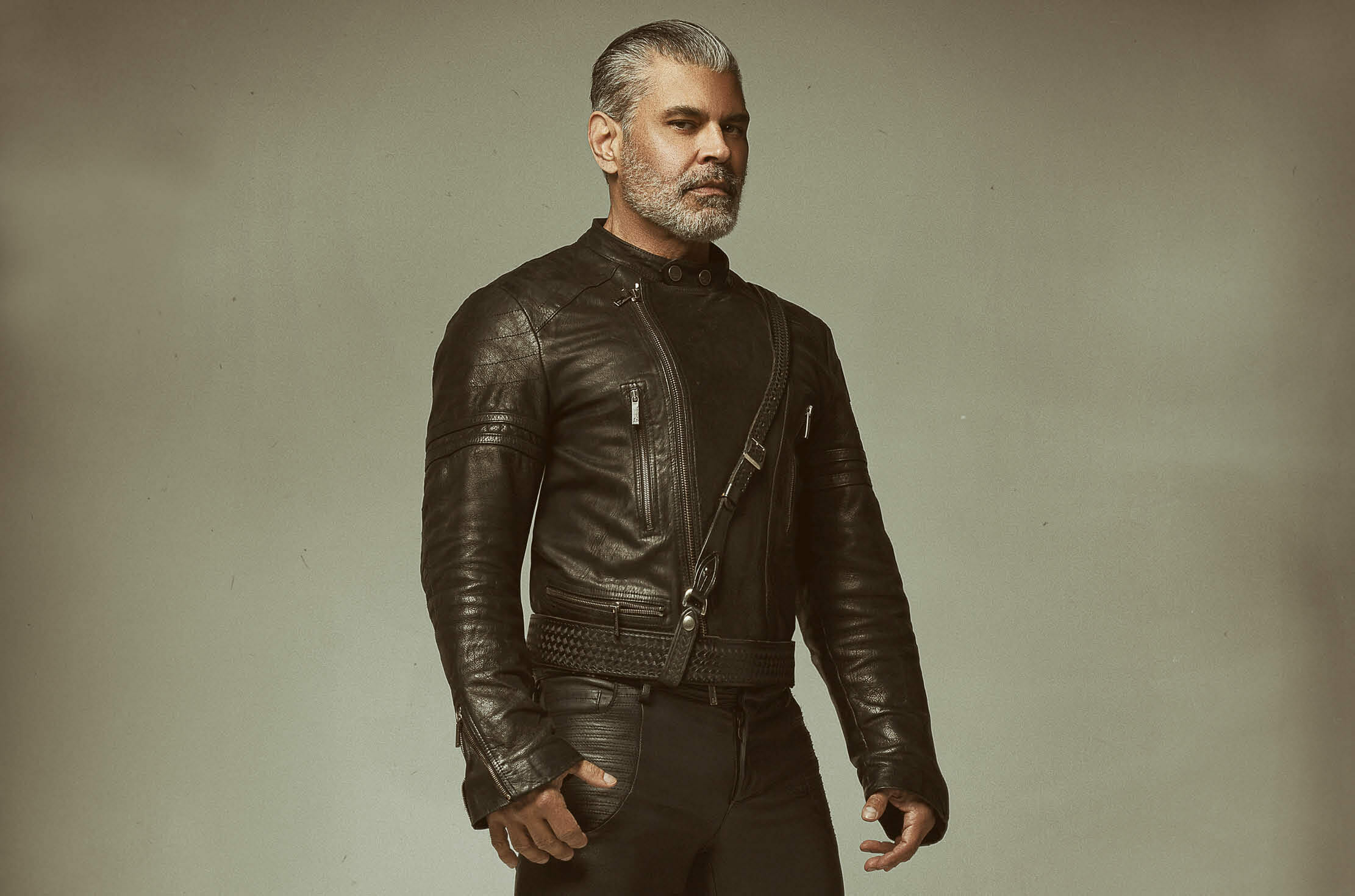 International fashion and celebrity photographer Mike Ruiz, who has been featured on America’s and Canada’s Next Top Model, RuPaul’s Drag Race, and several other reality television shows, has turned his lens towards a community that has contributed so much to LGBTQ history.

This new portrait series entitled “The Leathermen Mike Ruiz Project,” focuses on the beauty and diversity of the leather community, while also showing that it’s not just about kink and sex. Ruiz posted an open call in October to leathermen of all ages, races, sizes, and backgrounds to appear in these stunning images, and many men volunteered, seeing the importance of sharing their love of leather and what it means to them.

During his travels and sessions, Ruiz bonded with these burly men and saw how free and empowered they are, which granted him the power to let go of his own personal hang-ups about sex and relationships. As the series grows and evolves, so will the discussion and understanding of what it means to wear leather as a form of self-identification instead of just a sexual practice.

Ruiz took some time to talk more about “The Leatherman Mike Ruiz Project” with OutClique. It will eventually culminate into a book and multiple gallery showings, but above all, Ruiz hopes the project will become a time capsule that will keep the leather community’s rich history and traditions alive for future generations.

Denny Patterson: What inspired you to begin this project?

Mike Ruiz: What inspired me to start was my desire to embark on a little self-exploration journey. I was celibate for the entire pandemic, and I was going a little stir crazy (laughs). I’m introspective about a lot of stuff, but I was focusing on my life, how I wanted to move forward, and how I wanted to come out of the pandemic. I’m all about the experience, and I want to have as many heightened experiences as possible. That includes a little fetish and BDSM. I met somebody and he kind of introduced me to that world, and then he started to tell me about the history of the leather community. There was a lot of stuff that I didn’t know about. I started to do some research, and I was just fascinated by it. I’ve always been fascinated and drawn to the aesthetic, but I didn’t know about the history and the contributions the leather communities made to the overall LGBTQ community. From that, I was thinking, I’d love to hear stories and actual accounts of what these guys went through and what their journey was like through the 80s and 90s. What better way to do that than reach out, talk to them, and photograph them? That’s what I did. I made a post on Instagram calling for anyone active in the leather community and saying I’m starting this series of portraits. Reach out to me if you’re interested. I thought I’d get maybe three people, but the floodgates opened, and I received a lot of responses from legit leathermen who have been active in the community for years. This was very educational for me, and I had great conversations with them before I even started photographing. So, that’s what prompted this. It started out as a little self-indulgent self-exploration, but it ended up morphing into me documenting the journey of these men, who have such intense and amazing stories.

DP: Some people believe that the leather community is dying. What are your thoughts on this?

MR: I think it’s changing, but I don’t think it’s dying. It’s too deep and profound to die. It’s like saying because the gay community has integrated into the mainstream, gay culture is going to die out. It’s absurd to say something like that. It’s the same for the leather community.

DP: What is it about leathermen and the community that you find so attractive and appealing?

MR: Having come of age in the 80s and feeling the brunt of oppression on the gay community back then, I perceived it necessary to overcompensate by being hyper masculine. A lot of that was Tom of Finland influenced, and that was my point of reference of the aesthetic. Not only was that a point of reference for my development, but it was also a point of reference for what I became attracted to. The uniform, the military aspect, the authority type figures – I was always influenced by that, and it’s manifested throughout my career in various ways from other shoots, but it was always at a distance. I feel with this project, I’m really integrating into the mindset and lifestyle of the community. It’s been very stimulating.

DP: Since you wanted to explore this for a long time, how has the project personally impacted you and what are you taking away from the experience?

MR: I’ve embraced a lot of stuff about myself, and I feel very empowered because I understand it. The reason I resisted so long to do this self-exploration is because I was kind of afraid of it. I didn’t understand it. I thought it was dark, sinister, and self-destructive, and I know that’s absurd. It’s just what I was fed from society, religion, and all the usual culprits, but I realized that this is a very empowered group of men, and I aspire to be more like them. Doing this project and being around them, I see that they’re sweet, vulnerable, caring, supportive human beings. It’s helped me come to terms with my sexuality and my sexual issues that I’ve carried around for most of my life.

DP: Is there anything surprising that you learned about the leather community?

DP: Can you talk more about what was happening while your subjects got dressed and how impactful this part of the process is?

MR: There’s definitely ceremony to dressing and there’s a method to it, and it’s often part of the process and fetish experience. It’s transformative and they become empowered somehow from putting on leather. Whether it’s the ritual of putting it on or actually having it on, it gives them a sense of power, which it also did for me. Three quarters through the project, I realized I didn’t have any images of me in leather, and I wanted to be part of it. All the guys banded together to dress me, and there’s something that happens. There’s something that happens when you see yourself because you imagine what it means. The uniform, the authority, you can’t help but adopt that feeling when you’re dressed like that. It empowers them, but it doesn’t define them. That’s another important thing to state. Leather doesn’t define anybody. These men are all empowered on their own, but this is just another layer. It’s fantasy sexually, but it’s also the fact that you feel like an actual authority figure.

DP: I know that the series will culminate into a book and multiple gallery showings, but what are some other long-term goals?

MR: I’m going to just continue doing it. I’m very proud of this series and I’ve met some amazing people, and I’m amazed that it has snowballed into this thing. I’m getting a lot of interest from the Tom of Finland Foundation, and I’ll be doing a solo exhibition with them in June. It’ll be their first one coming out of the pandemic. I’ll also be doing one at the Leather Archives and Museum in Chicago, and another in San Francisco, so there’s a lot of moving and shaking with this project, which I’m very excited about. I also want to shoot in Europe because the leather community is very active in cities like Berlin, Antwerp, London, and Paris, so I want to shoot around Europe and continue it. It’s like documenting, and I’ve been receiving so many emails from leathermen around the world wanting to participate, or they’re feeling excited that somebody is doing a project like this. They feel like they’re being seen because it’s a very diverse thing. I’m not sexualizing or objectifying these men, I’m celebrating them. It’s about them, not about fantasy. I do find these men super attractive, but I’m respectful and not crossing any line (laughs).