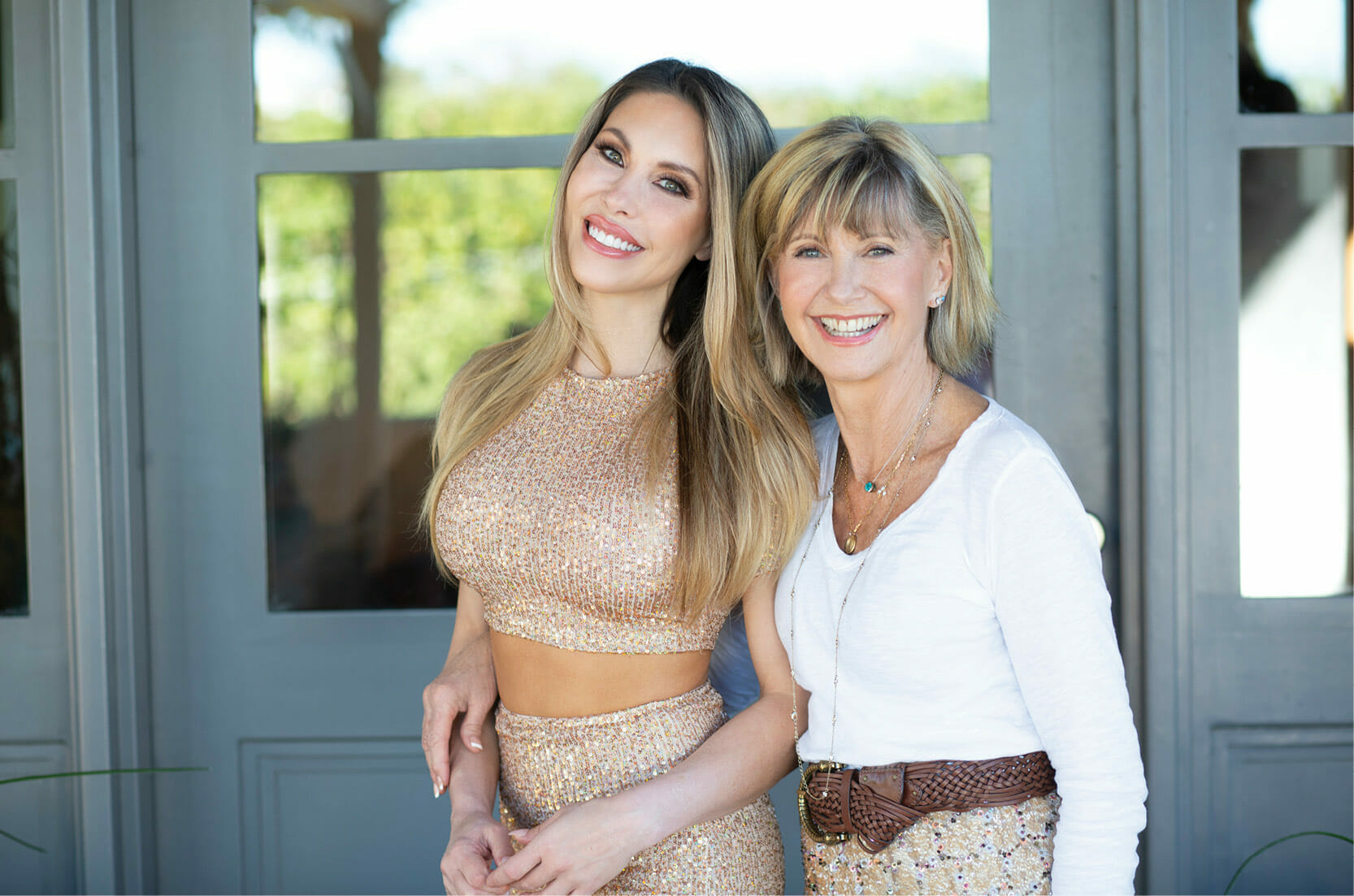 An interview with Olivia Newton-John

Now in her seventh decade as an entertainer, Olivia Newton-John has proven herself to be a versatile artist. First, of course, as a five-time Grammy Award-winning singer. Then as an actor in the wildly successful movie adaptation of the musical Grease, as well as the camp classic Xanadu (directed by Gene Kelly). She also displayed her serious acting side AIDS drama It’s My Party, which re-teamed her with Grease director Randal Kleiser. Olivia also made her mark as a writer with her 2018 memoir Don’t Stop Believin’, newly available in a paperback edition. More recently, Olivia returned to her first love of singing, teaming up with her daughter Chloe Lattanzi (from her first marriage to actor Matt Lattanzi) for the best selling single “Window in the Wall.” Olivia was kind enough to take time out of her busy schedule to answer a few questions.

Gregg Shapiro: Olivia, I’d like to begin by congratulating you on the success of “Window in the Wall,” your duet with your daughter Chloe Lattanzi which hit #1 on its release date (January 22, 2021) on the iTunes Pop music video chart. What does such an accomplishment mean to you?

Olivia Newton-John: I’m just thrilled that the song resonated, because I had no plans to record and I didn’t go out of my way to look for a song to record. This song came to me and it had purpose. This lovely woman who I’d met at a health clinic a few years ago and whom I didn’t know very well, wrote to me and said, “I had this calling and I know that you should record this song. My cousin wrote it …” And, of course, when you hear that my ears went uh-oh! This is family, so how good can it be? The song came on and it was beautiful. It made me cry and it touched something in me. I just had this knowing that I had to record it. That’s what I did! The first person I thought of was Chloe because it was so personal.

GS: Are there more duets with Chloe in the works?

ONJ: Could be! We’re talking about something. It’s still in the talking phase, but, yeah, we have a fun idea. Nothing I can tell you yet though [big laugh].

GS: You have a history of duets, including “You’re the One That I Want” and “Summer Nights” from Grease sung with John Travolta and “Suddenly” from Xanadu sung with Cliff Richard. What do you enjoy most about the process of singing a duet?

ONJ: I love harmonizing. I’ve always done that, according to my parents, since I was a little girl. I would always sing harmonies to songs I heard. It was just lucky for me that I was able to do that. I love to do that. I enjoy that and I enjoy bouncing off somebody else, rather than just being the only person there. It’s fun to exchange energy when you’re singing. I’ve had some wonderful singing partners. I learned so much from Cliff (Richard) because he had me on his show. Then I was a double act with Pat Carroll for many years: Pat and Olivia. I’ve always loved that part of performing, and you get a chance to work with all these amazing people.

GS: “Window in the Wall” was co-written by a trio of Nashville-area songwriters (Tom Paden, Eddie Kilgallon, and Tajci Cameron) which reminded me that your earliest career hit singles were contemporary country tunes, including “Let Me Be There,” for which you received the 1973 Best Female Country Vocal Performance Grammy. Can you please say something about your attraction to that style of music?

ONJ: It’s really interesting because I never thought of myself as a country artist. My manager at the time, Peter Gormley, had managed Frank Ifield, who was a country star, an Aussie guy. He thought my voice really suited that kind of music. I thought of myself as a big balladeer [big laugh]. But really, I started out singing folk music. That was my entrance into singing. Singing folk music, Joan Baez and those songs. They brought those (country) songs to me. I wasn’t even sure I liked “If Not For You.” Of course, I’ve learned to love it. It’s my husband’s favorite song. Isn’t that amazing! Initially, it was really the idea of my producers, that style for me.

GS: One of your biggest solo hit singles, “I Honestly Love You,” was written by Peter Allen, a gay man. The music video for “Physical” oozes gay subtext.

GS: Both Grease and Xanadu are musicals with strong queer appeal, and It’s My Party and Sordid Lives, are more directly gay films. Do you remember when you first became aware of having a gay following and what does that LGBTQ+ following mean to you?

ONJ: I just think of gay people as people [laughs]. I have had a wonderfully strong gay following and I’m very grateful for that because I feel they’re very loyal fans and very sweet. I’ve always enjoyed the company of gay people. I think they’re so much fun. One of my best friends, Gregg Cave, who runs Gaia (Resort and Spa) is gay and he was my mother’s friend also. It’s just natural to me. They’re funny people; I don’t know why that’s so [laughs]. I like that. I like to be able to laugh a lot.

GS: Your 2018 memoir Don’t Stop Believin’ was just released in a paperback edition with a new foreword. Why was this the right time to tell your story?

ONJ: The truth is that they were going to make a movie about my life in Australia. I didn’t really know how accurate it was going to be. I thought I better write my version because I don’t know what they’re going to say. It turns out that they did quite a nice job. Delta Goodrum did a wonderful job of playing me, I thought. That’s really what spurred it to be. Then I thought, “This is quite interesting!” It’s made me remember a lot of things I hadn’t thought about and a lot of things since then, too. That was really the instigation. It wasn’t the perfect time or the right time, it was just that I wanted to write it so that the record was straight [laughs].