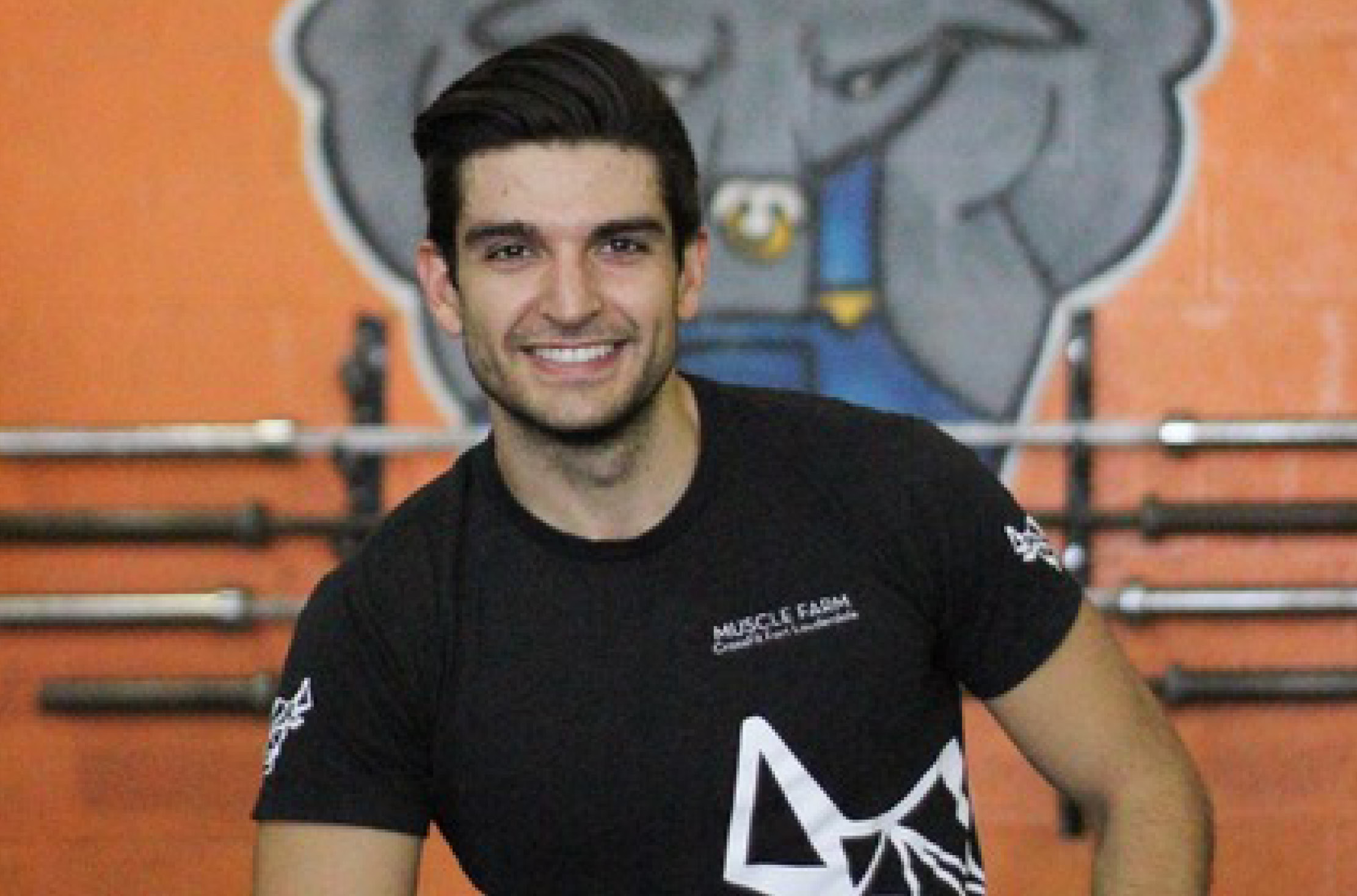 Get ready to sing the praises! Island City Stage is proud to present the Off-Broadway sensation Altar Boyz January 16 – February 6, 2020. This musical comedy centers on a fictitious Christian boy band from Ohio and satirizes, among other things, the phenomenon of boy bands and the popularity of Christian-themed music in contemporary American culture. As the ninth longest running Off-Broadway musical of all time, Altar Boyz is filled with angelic voices and sinfully spectacular dancing. OutClique had the opportunity to chat more with Brian Varela who plays the feature role of Juan. We spoke more about the show itself and how Altar Boyz will be a stepping stone in his performance career.

Denny Patterson: Hi, Brian! Thank you so much for taking the time to chat with me. What can audiences expect from this upcoming production of Altar Boyz?

Brian Varela: Altar Boyz is a long-standing Off-Broadway show and it’s about a Christian boy band that is on their final leg of their nation-wide tour. They are on this journey together, and there are five boys. Matthew, Mark, Luke, Juan, and Abraham, which the show will tell you is the Jewish guy. So, it is all religious satire. All the jokes are for anyone who is even remotely religious, has religious friends, everyone can crack a smile and joke about this religious satire. It’s all in good taste, nothing too disrespectful. You can bring your mom and she will enjoy it.

DP: Fantastic. And you are playing Juan?

BV: Yes. There is always that one Latino character in each boy band. He’s the womanizer of the group.

DP: What do you enjoy the most about playing Juan?

BV: I am Latino and my family hails from Mexico, so it is fun to play a character that is ethnically appropriate for myself. However, playing a character that is specifically Latino, you have to add in a little bit of flair. Sometimes a little bit of ethnic stereotypes. Like, how can I differentiate him from the other characters. So, listening to his songs and reading the script, you have to heighten it, so it has been fun to dive into my own culture experiences, my own cultural family and having to put that into this character that is all satire, all fun, but not make it offensive. Juan is a comical character and it is nice to pay homage to my cultural background with this role.

DP: Why did you want to be in Altar Boyz?

BV: I was approached to do Altar Boyz by Andy Rogow. I was in a show in Boca Raton, and he invited me to the audition. Some of my friends are choreographing the show, so going in, I knew that good people were at the helm of the show. I have yet to work with Island City Stage. I’ve done lots of work recently throughout south Florida working at a lot of the equity houses, but I have yet to work with this local company. They have done such good work, and it will be fun because they are such a small theatre. I am very comfortable working with big theatre spaces. It will be nice to tone it down and be kind of face-to-face with your audience. I also wanted the chance to be a more feature character because I am known as a dancer. To be featured as one of the five boys has been a big selling point, and this is an opportunity for the community to know that I can also act and sing.

DP: Have you always had a passion for performing?

BV: Oh, absolutely. Growing up in a conservative Christian house in California, I went to religious schools and we would sing all the time in our classrooms. Just with our teachers. So, I always loved singing. I would come back home and wail these Christian songs at the top of my lungs. My parents would encourage me while my brother would tell me to shut up. So, I always loved to sing, but I didn’t tap into it as a talent until later. I knew I was musically gifted. I was in the band, I picked up choir very quickly, I did piano and trombone lessons on the side, and I knew how to read music. It didn’t become a big deal until I moved to Florida for high school and joined an actual choir program. Public high school is way different that Christian school, so there were a lot more secular and non-religious material. Then I joined the theatre and auditioned for the fall musical which was a showcase of songs instead of an actual show. Ever since I did my first show, I was hooked.

DP: Do you think Altar Boyz will be challenging for you?

BV: I think so. It’s a challenge not only as like going from an ensemble role to a feature role, but also just vocally because most of the show is tight harmony. It’s boy band harmony without the autotune, so we have to sing all the parts and that can be challenging itself. If you’re tight with your unit, it could fall apart. I know Andy Rogow has put together a great group of guys, and that is going to be important. It is going to be a challenge to learn all this music in such a short amount of time and making sure that it all works.

DP: What do you hope to learn by being in Altar Boyz?

BV: That’s a great question because I always do take something away from my experiences in each show. Whether you know it or not, you grow. Like I said, I am known for my dancing career and not for my acting and singing. So, I hope to learn a bit more of myself as an actor.

DP: What are some of your interests outside of performing and dancing?

BV: I am a full-time personal trainer and group fitness coach. I coach at many different gyms throughout south Florida, and I currently coach at Crossfit Fort Lauderdale and Roar Station. So, I fill my weeks with probably like 20-30 classes a week. Then I also supplement that with my personal training with my personal gym called Hot Box Fitness and Training and that’s more for individual and small groups. So, I keep very busy when I’m not doing a show. Luckily, I have great relations with my gyms so when I do book a show, I am able to take a small leave and return whenever I am done with the show. It’s hard to do both at the same time.

DP: Do you have anything lined up after Altar Boyz?

BV: You know, right now, this is all I have because I am in the works of opening my own business. I hope to take this time to focus on the show and give my 100 percent, but on my downtime, definitely focus on my business. It’s nice because once I own my own business, I am my own boss so then I can continue to audition for shows and make it happen and be able to take time off when I need to.

The Greatest Love of All Starring Belinda Davids