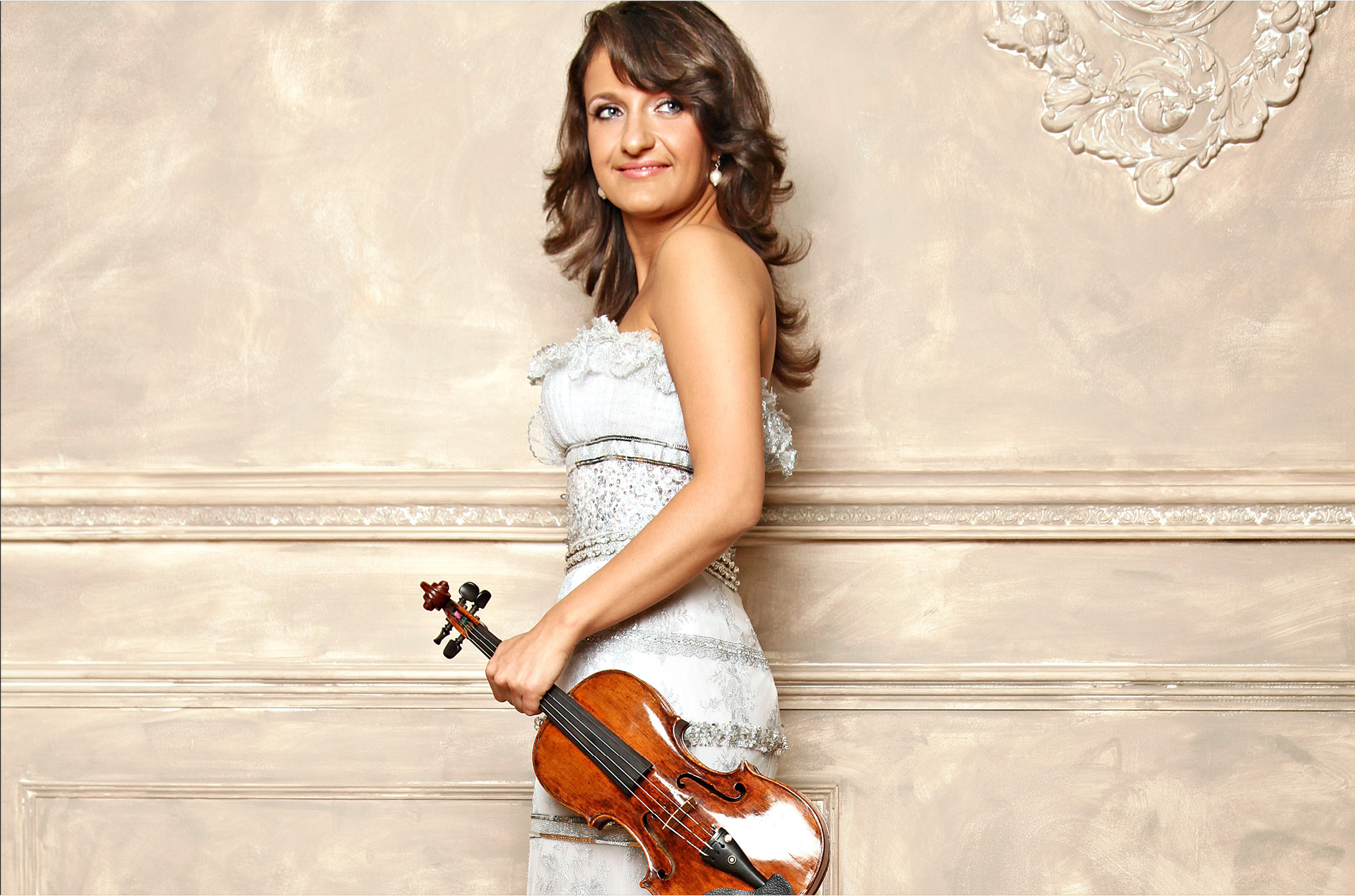 Hailed as an intense and charismatic star with phenomenal talent, violinist Irmina Trynkos excited to make her debut with the South Florida Symphony Orchestra (SFSO) for its Masterworks II series. Scheduled for January 15-16 & 18, 2020, Trynkos will be playing Nimrod Borenstein’s Concerto for violin and orchestra. Audiences are in for a glorious display of unique orchestra colors. Since her breakout performance, some of Trynkos’ career highlights include performing at the Berliner Philharmonie, Slovak Philharmonic, Queen Elizabeth Hall, Toronto Centre for the Arts, and Shanghai Concert Hall. Recently, she performed at the Concertgebouw in Amsterdam where she received no less than six standing ovations. Additionally, Trynkos is a best-selling recording artist whose CD reached the Top 20 Specialist Classical Charts. Her recordings are broadcasted on international radios. I had the pleasure of chatting more with Trynkos about her upcoming performance with the SFSO.

Denny Patterson: Hi, Irmina! Why don’t you begin by telling us what audiences can expect from your upcoming performance with the SFSO.

Irmina Trynkos: We will have a fantastic time! I am performing Borenstein’s Concerto, and this is a very special piece to me as Maestra Sebrina chose it herself. This will be the American premiere of this concert which is also very exciting. The music is amazing, it’s so energetic. It literally takes you off your feet. I hope everybody enjoys it as much as I have enjoyed playing it.

DP: Since this is your debut concert with the SFSO, what are you most excited about?

IT: I have never played with this orchestra, so I am excited to see new people and see how they react to the music. I have heard amazing things about the musicians, and of course, Sebrina is such an amazing and accomplished musician. So, for me, it’s going to be a huge pleasure. To share new music with people who have never heard it.

DP: Have you always had a passion for the violin?

IT: Yes! It’s funny, I do not come from a musical family. Literally everybody was against me becoming a musician, so it was a little hard to get through that, but I am an only child and I am stubborn. When I was three years old, I would listen to a lot of concerts because at that time, we only had the TV. I come from a non-musical city, no orchestra, no performances, and a tiny music school. At some point, somebody jokes by saying I’m going to play with the orchestra, and I said no, I plan to be the person in front with a pretty dress. I was serious. This is what I was going to do, and nobody could take it away from me. My parents had to give up at some point. No one knows why or where this passion came from. It’s a mystery.

DP: What would you say is the best part of being a professional violinist?

IT: Everybody will say traveling because that’s great and meeting new people, but I think what’s amazing about being a violinist is the influence that you have on people from the moment you step out on stage. There are different types of performers and some people are shyer. I used to be a very shy child and I would literally do anything I could not to talk to anybody and violin was my way to communicate with the world. So, I would go on stage and be playful, but once I went offstage, I would hardly talk to anybody. Obviously, the violin was a way to communicate and it gave me an understanding how important it is to connect with the audience. I play about something and obviously I don’t say what I am thinking about because every single time it’s something different. I always play different. Some of my coworkers say I am a dangerous player in a way because I never play the same [laughs]. The most important thing is connecting with the audience because you see their faces during your performance when you are on stage. I am one of those curious people who look at people’s faces when I’m playing because I love engaging. It can be magical. Of course, you should be as perfect as humanly possible, but the most important part is what you did and how you influenced the audience. When they listen, it’s priceless.

DP: What do you hope audiences take away from this performance?

IT: Well, I hope if this is someone’s first time to a concert, they will become more curious and this performance will give them a love for classical music. If I can introduce this piece in the right way, I am sure we will have a lot of fun. There is nothing more joyful than the audience, performers, and musicians all coming together to have fun. We are on this ride together and it’s exciting! I hope everyone will have as much enjoyment as possible.

DP: What’s next for you? Any upcoming projects we should be on the lookout for?

IT: I will be going back soon after to Europe because I am playing concerts there. I am playing in Poland, Romania, London, basically everywhere in Europe. Shortly after that, I will be in China for a tour. So, I am all over the place [laughs]. While doing all of that, I am trying to squeeze in my next recording project. I cannot talk too much about that just yet, it’s still a secret, but hopefully the next time I come to Florida, it will be official!