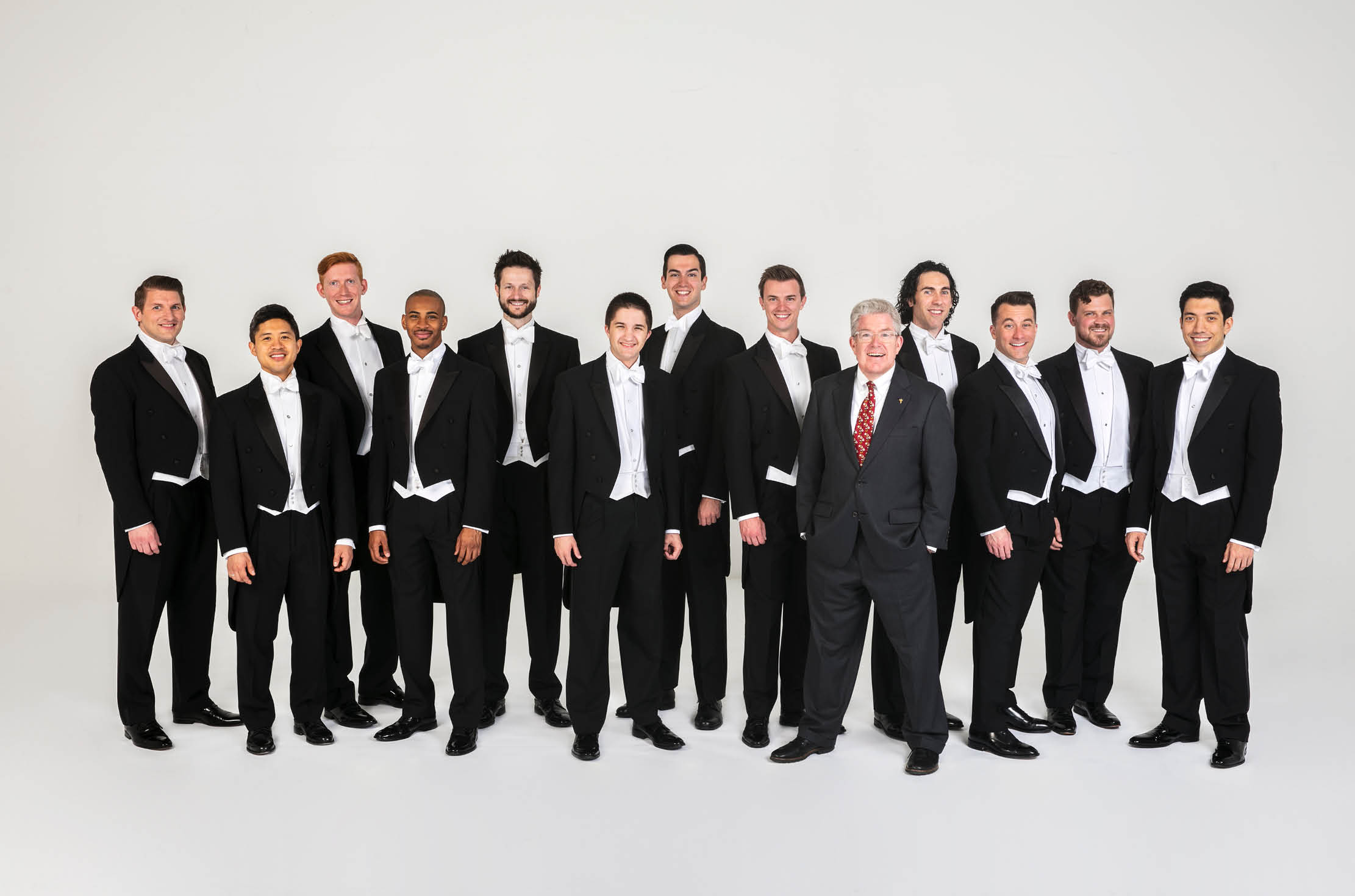 GRAMMY Award-winning vocal ensemble Chanticleer returns to First Presbyterian Church of Fort Lauderdale with “Trade Winds.” Appropriately saluting their world travels, the twelve-man vocal ensemble will present the music of sea-faring people and tropical climates in a program that includes the U.S. premiere of a commissioned work, also entitled Trade Winds, by Chinese composer Zhou Tian. Works range from Monteverdi to Grieg, as well as a selection of traditional folk songs and sea shanties from all over the world.

The program will be presented as part of Chanticleer’s tour of Florida, Virginia, North Carolina, Georgia, Tennessee, and Puerto Rico.

Chanticleer’s long and illustrious history of commissioning new choral work continues with the U.S. premiere of Trade Winds by Chinese composer Zhou Tian. Based on the poetry of John Masefield (Trade Winds), Zhimo Xu (Fortuitousness) and Seth Michelson (Strange How We Can Walk), this commissioned work received its world premiere in Kaufungen, Germany during Chanticleer’s 2019 European tour. Zhou’s music has been performed throughout the world including orchestras such as the Pittsburgh Symphony and the Hong Kong Philharmonic as well as artists such as Yuja Wang. His Concerto for Orchestra, commissioned and recorded by the Cincinnati Symphony, was nominated for a GRAMMY Award for Best Contemporary Classical Composition in 2018. During the past four decades, Chanticleer has commissioned and premiered more than 60 works by over 45 composers including Sir John Tavener, John Harbison, Chen Yi, Steven Stucky, and Mason Mates.

“Trade Winds” reflects the eclectic and far-reaching repertoire which has made Chanticleer a world-wide audience favorite for over forty years. Early music, with which the group first distinguished itself, will be represented by songs about the sea and the spheres by Monteverdi and Gesualdo. Portuguese music from the same era will be sung by Chanticleer for the first time with Filipe de Magalhaes’ Mass, O Soberana Luz. A selection of Sea Shanties from the British Isles, and folk songs from China, Japan, Korea, Australia and New Zealand will complete the program.

Chanticleer’s 42nd season began in August with performances in France, Germany, Italy and Poland. Upcoming world travels include debuts in Puerto Rico in January 2020 and in New Zealand after a return to Australia in July 2020. Throughout the season, the ensemble will perform and present workshops and masterclasses in 27 of the United States and Puerto Rico.

Tickets are $20 for adults and $10 for students. Tickets may be purchased by calling the church ticket hotline at (954) 598-9324. Tickets can also be purchased at the door on the night of the performance.

ABOUT CHANTICLEER
Called “the world’s reigning male chorus” by the New Yorker, the San Francisco based GRAMMY® award-winning ensemble Chanticleer embarks on its 42nd season in 2019-20. During this season Chanticleer will perform 57 concerts in 28 of the United States and Puerto Rico, including 21 in the San Francisco Bay Area, as well as at European festivals in Kaufungen, Fussen, Hamburg, and Berlin in Germany, Saint-Bonnet-le-Château, Lonlay, and Albens in France, Kraków in Poland, and Merano in Italy. Praised by the San Francisco Chronicle for its “tonal luxuriance and crisply etched clarity,” Chanticleer is known around the world as “an orchestra of voices” for its seamless blend of twelve male voices ranging from soprano to bass and its original interpretations of vocal literature, from Renaissance to jazz and popular genres, as well as contemporary composition.

“Then and there, Here and Now” a CD release on the Warner label celebrating the group’s 40th Anniversary was released in 2018. Since Chanticleer began releasing recordings in 1981, the group has sold well over a million albums and won two GRAMMY® awards. Chanticleer’s recordings are distributed by Warner Records, Chanticleer Records, Naxos, ArkivMusic, Amazon, and iTunes among others, and are available on Chanticleer’s website: www.Chanticleer.org.

Named for the “clear-singing” rooster in Geoffrey Chaucer’s Canterbury Tales, Chanticleer was founded in 1978 by tenor Louis A. Botto, who sang in the Ensemble until 1989 and served as Artistic Director until his death in 1997. Chanticleer became known first for its interpretations of Renaissance music, and was later a pioneer in the revival of the South American baroque, recording several award-winning titles in that repertoire. Chanticleer was named Ensemble of the Year by Musical America in 2008, and inducted in the American Classical Music Hall of Fame the same year. William Fred Scott was named Music Director in 2014. A native of Georgia, Scott is the former Assistant Conductor to Robert Shaw at the Atlanta Symphony, former Artistic Director of the Atlanta Opera, an organist and choir director.

First Ever Pride of the Americas