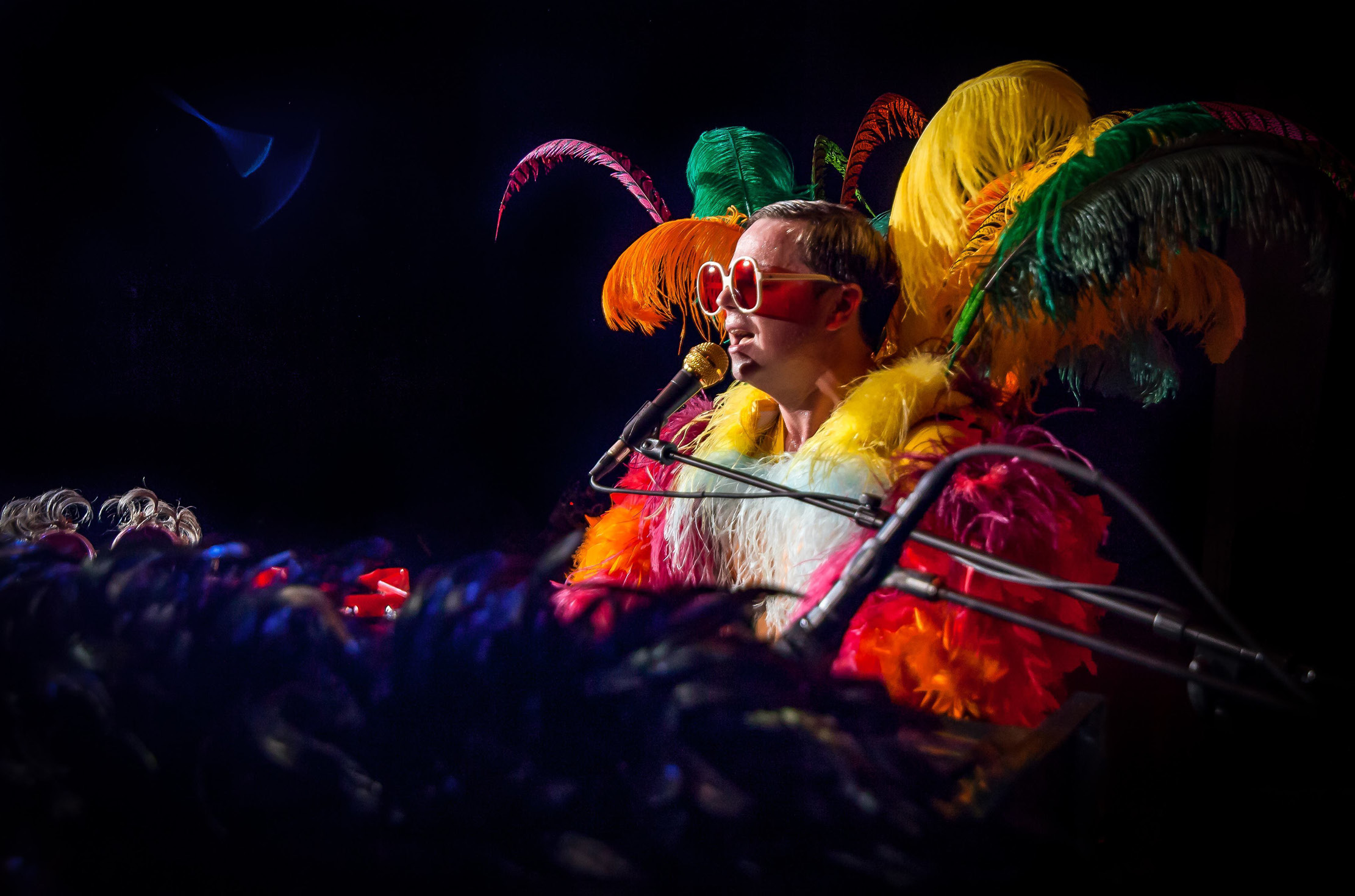 A Tribute to Elton John

Hand-picked by Elton John himself, it was Rus’ own live production ‘The Rocket Man Show’ which got him noticed. In the show, Rus recreates the magic and live persona of a young Elton like no other. Storming around the stage with a fun-loving sense of flamboyance; part diva, part soccer player, killer vocalist, fierce piano player, and all rock ‘n’ roller.

Rus’ painstaking attention to detail includes wearing gorgeous, colorful, and spectacular costumes (many worn by Elton) including his iconic boots, glasses, and jumpsuits from 1973, as well as a sparkly Swarovski tuxedo from 1984.

The Rocket Man Show is a regular feature across the USA at venues such as House of Blues, Hard Rock Live, Caesar’s, Harrah’s, Legends in Concert, BB King’s, Universal Studios, and Walt Disney World.

The show is 100% live in both vocals and instrumentation. It is an extremely sincere, visual, theatrical, funny, and interactive show, but most of all it’s musically beautiful. There are ballads and driving rock songs. Audiences laugh, cry, sing, and dance as they recall the highs and lows of Elton’s legendary concerts.

Rus Anderson has been officially hired by Elton John himself to re-enact the most memorable moments of his career. How’s that for peace of mind?! Remember when rock was young? You will after this show!

The Rocket Man Show A Tribute To Elton John is presented at Coral Springs Center for the Arts on February 28, 2020. Tickets and more information at www.TheCenterCS.com.