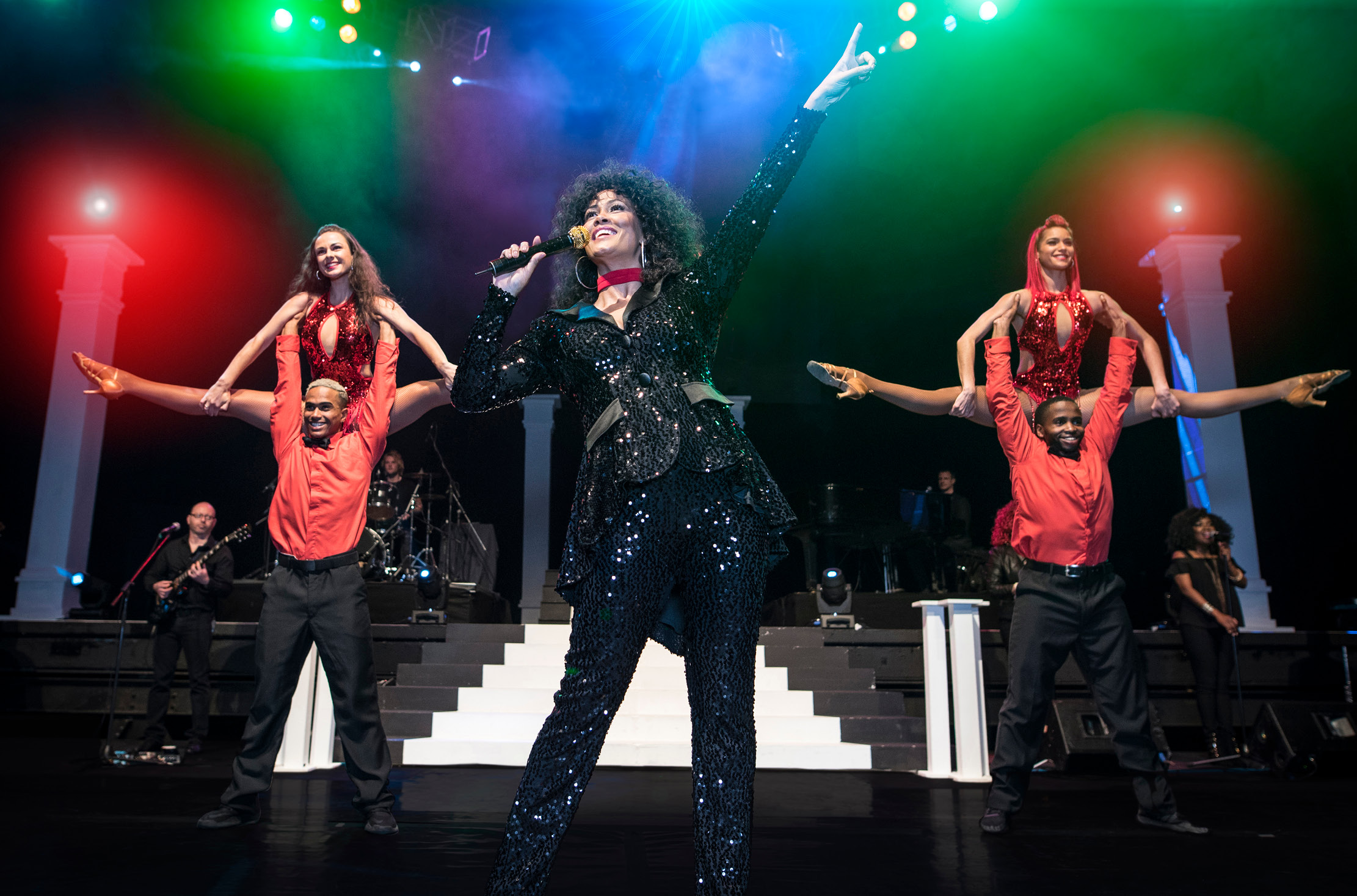 Get ready to dance with somebody! Showtime Australia is proud to present “The Greatest Love of All: The Whitney Houston Show.” Featuring the breathtaking vocals of South African songstress Belinda Davids accompanied by a 6-piece live band and dancers, this critically acclaimed and beautifully crafted live concert honoring the talent, music, and memory of the legendary singer will be performed at the Au-Rene Theatre at The Broward Center for the Performing Arts on Thursday, January 23. 2020. Audiences are invited to embark on a heartfelt musical journey celebrating one of the music industry’s biggest icons. This two-hour production will fill you with joy, nostalgia, and wonderment. OutClique had the opportunity to chat more with Davids about the show and embracing Whitney Houston.

Denny Patterson: Hi, Belinda! Thank you so much for taking the time to chat with me. Let’s begin by talking more about “The Whitney Houston Show.” What can audiences expect?

Belinda Davids: We do all her number one hits from the beginning right up until the end and replicate her onstage style. It’s truly a spectacular show. With the team that we have, we give an amazing show. This is exactly what it was when she would do a concert.

DP: Fabulous. Has this show been to South Florida before?

BD: Yes, I believe we were there last year. As matter of fact, I think we started in Florida last year.

DP: What do you look forward to with every performance?

BD: I look forward to the whole thing, really. I tell you that because it is quite a spectacular thing. With the costume changes and the fact that we don’t take more than 30 seconds to go from one change to the next, that’s all a part of it. So, I look forward to the whole thing, especially doing her great hits. And now the dancing, we have choreography in the show, and they are making me dance, so that’s great.

DP: What kind of impact do you think Whitney made in the world?

BD: Oh my goodness, I think she has made such an impact that people still want her to be here today. They still miss her, and they want her to be here. She’s a legend. I mean, think about it. How many artists today, from this generation and the previous generation still go, “my idol, Whitney Houston?” She loved everybody. Her friends, the LGBTQ community, everybody.

DP: And what do you think she would be doing today if she were still with us?

DP: Did you ever have the chance to meet the real Whitney?

BD: No, I did not. I think maybe for a reason because, you know, at some point in both of our lives we were at opposites ends in the world and the opportunity never came. I also believe that maybe it was not meant to happen.

DP: Tell us more about you. Have you always had a passion for singing and performing?

DP: What specifically drew you to Whitney?

BD: I could relate to everything that she was singing about.

DP: How challenging is it to play an iconic legend like Whitney Houston?

BD: Very challenging. As a matter of fact, I was reminded of the challenge today. Doing this show and performing 24 songs, you need a lot of rest. You caught me at a time when I was just getting up from a nap because I have been up since 4:30 this morning doing nothing but media in South Africa because we are in Cape Town right now doing the show here. It’s been insane. I will then have to jump on and do a photoshoot then after that is a soundcheck. Then I have to get ready for a show. I know I’ll be fine once I get to showtime, but I always think I’m not going to be that great tonight, and then when I get onstage and start the show, everything is fine. So, this is the challenge.

DP: Do you have any pre-show rituals?

BD: Literally five minutes before the show, I mediate. I have to because I get so anxious.

DP: Besides “The Whitney Houston Show,” do you have any other projects in the works?

BD: I just released my Christmas album on the same opening night as we did here in Cape Town on November 20, 2019. It’s available on all digital platforms, and this is definitely a prelude to an original album that’s coming in the future.

First Ever Pride of the Americas