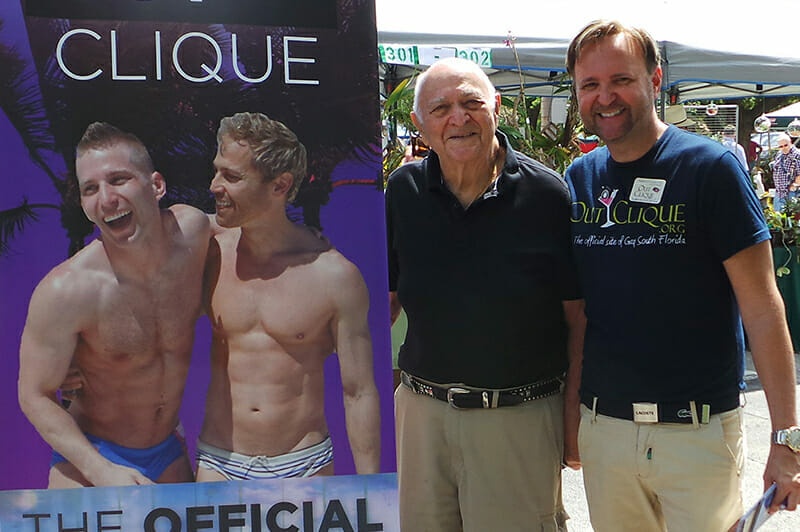 I first met Pompano Bill around 15 years ago during one of my first trips to Fort Lauderdale. My boyfriend (at the time) and I were staying at one of the gay resorts down on the beach. They were having an event, and Bill was there with his camera. His usual flirty self, he was taking photos of everyone, smiling, and making the boys all feel right at home.

Yes, Pompano Bill will always be known for the thousands of photos that he took. He told me once that he had taken, to no surprise, hundreds of thousands of images. Of course, he could even tell about the days of film cameras before digital. His photos both online and in print were just like Bill himself, a South Florida legend.

But beyond the photos, was Bill the person. He would often send me a personal email with a photo he had taken of me out and about, because he remembered who I was. He always had a kind word about the photos I took and about my magazine. He was a kind, gentle, and giving soul. I am grateful to have known him as a colleague, but more importantly, as my friend. Bill, you are missed and will always be cherished.

Some photographers express ego, their own and that of the subject. But Pompano Bill Calcaterra’s benevolent camera always celebrated and enjoyed the legions of us who were lucky enough to capture his attention. Some paparazzi make us nervous because their motivation is not necessarily kind, resulting in a photo that might make us flinch. Not so with Pompano Bill, who did not simply cover an event, but became part of it, making it more fun and enjoyable with his easy smile and the gentle mischief in his eyes. He lit up a room without ever needing a flash bulb. And yes, he was old enough to remember flash bulbs. I once asked him if he intended to cover an event a week away. He said he wasn’t sure, and he added, “You know, I never buy green bananas.”

Pompano Bill was to Fort Lauderdale what Bill Cunningham was to Manhattan. Both men seemed instinctively compelled to record the people around them. Both seemed to be saying, “Aren’t these folks wonderful!” In the process of creating thousands of candid and sometimes posed images, both men inadvertently created an irreplaceable history of their respective communities. They were both in love with their subjects.

In addition to my admiration for his work, Pompano Bill was, for me, the personification of how to “do” Fort Lauderdale. Pompano Bill chose a creative life that was productive and full of fun. He was a role model for all of us of a certain age and passing on those green bananas.