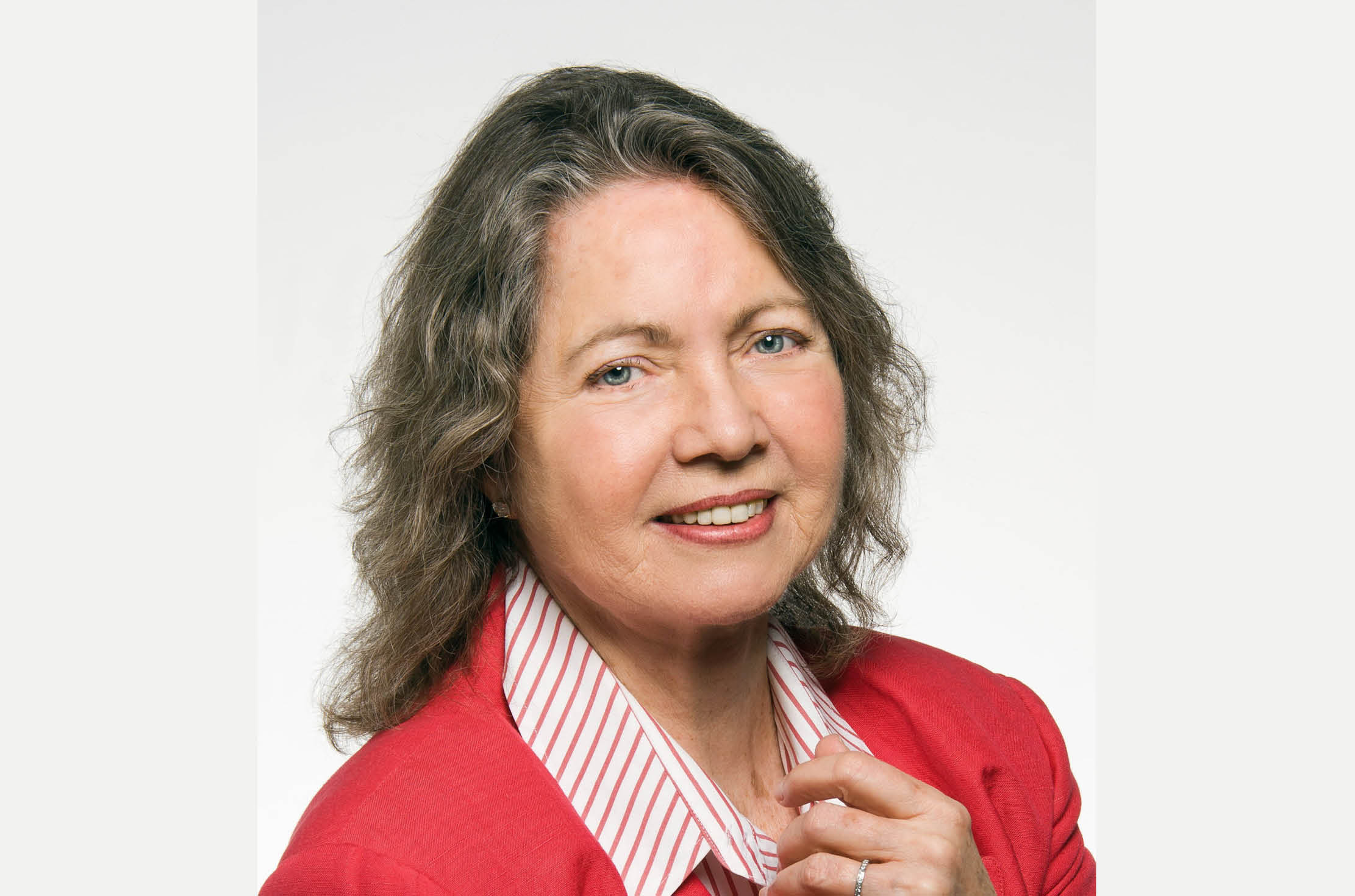 The South Florida Symphony Orchestra is boldly integrating the old and the new by bringing together preeminent composers of different eras for its Masterworks III series. On March 5, 7 & 8, 2020, audiences will receive the pleasure of hearing the world premiere of Ellen Taaffe Zwilich’s Concerto for Cello and Orchestra, featuring renowned Grammy Award winning cellist Zuill Bailey. A Florida native, Zwilich is a prolific contemporary composer whose work has been performed by most of the leading American orchestras and major ensembles abroad. In her compositions, Zwilich combines craft and inspiration, reflecting an optimistic and humanistic spirit that gives her a unique musical voice. Zwilich has been the recipient of several awards, including the Pulitzer Prize in Music, making her the first woman ever to win this prestigious award. OutClique had the chance to talk more with Zwilich about the upcoming Masterworks III series and her overall passion for music.

Denny Patterson: Hi, Ellen! Thank you so much for chatting with me today. Tell us, what can audiences expect from your upcoming Concerto for Cello and Orchestra performance with the South Florida Symphony Orchestra?

Ellen Zwilich: A concerto is a way to feature a particular instrument, in this case the cello, but I always think there has to be a back and forth between the orchestra and soloist. It’s not just showing off what you can do. It’s the musical conversation going back and forth. I think the reason why I love the cello so much is because it has the entire range of the human voice. From the bass up to the highest soprano. I sometimes say string instruments are singers or steroids. For me, this was an opportunity to write a piece that features the cello but is also part of the overall orchestra fabric. This piece is in three movements and there’s not going to be a stop between the first and the second and the second and the third. It’s one extended piece in so many ways. People sometimes ask what I listen for, and I say, listen for the next thing. If I’ve done it right and the performance is doing it right, it’s like somebody takes your hand at the very beginning of the piece and holds your hand until you get to the very end. Open your ears and listen for the next thing.

DP: And this is the world premiere of this piece! What are you most excited about?

EZ: I do a lot of imagination of how the sound is going to be, and I’m pretty good at that, but it is never the same as the actual sound of people performing. I have been inspired by the fact that this will be playing, and Sebrina will be conducting. I feel we are kind of in the same neighborhood. It’s like a community thing. The relationship with the audience inspires me.

DP: You have worked with Maestra Sebrina before?

EZ: Oh, yes. She and I go back a long way. I think she was still in school when she conducted a piece of mine. It was at a special event featuring young conductors.

DP: What about this concert’s featured artist, renowned Grammy Award winning cellist Zuill Bailey? Have you worked with him before?

EZ: No, but I love his playing. He’s terrific.

DP: What do you hope audiences take away from this concert?

DP: How did your passion for music begin?

EZ: Probably when I was a toddler and we had a piano in the house. Although, nobody played. My mother played a couple little things. I climbed up on a piano and smashed down a couple keys and I still feel like I’m that toddler. I am absolutely in love with it. It just never died down since my childhood. When I was about 10, I started writing things down.

DP: What are some of the thoughts and feelings you experience when composing music?

EZ: In an odd sort of way, music can run a whole range from tragedy and mourning and things like that to the most joyous experiences. Because my feelings are involved, I have to say I don’t really have a good answer for that.

DP: What is the biggest perk of being a musical composer?

EZ: The joy of being able to do it. The day I don’t get up and feel privileged and happy and excited about doing it, I’m going to quit. I still have that passion and that’s something to be grateful for, to have this kind of fulfillment in your life. I work hard and I’m grateful for the relationships I’ve had with performances and audiences. It’s a unique experience and I am honored to be able to do what I do.

DP: Your work has led you to become the first woman to win the Pulitzer Prize in Music. Can you tell us more about winning this prestigious honor?

EZ: It’s funny because I went to a high school in Coral Gables in the 1950s and there was never any problem with me being a girl. I was concertmaster of the orchestra, they would call me concert mistress, but being a girl wasn’t a problem. I played trumpet in the band, I wrote things that they played, and I conducted in high school. I never had any sort of anti-woman experience where someone said I couldn’t do this because I’m a girl. I was kind of shocked at how much attention there was when I won the Pulitzer Prize, and I had a tremendous amount of encouragement and mentoring. I just never had a problem being a female. It never occurred to me until a writer for the Los Angeles Times told me that I was the first woman to win the award.

DP: What’s next for you? Any upcoming projects we should be on the lookout for?

EZ: I just wrote a piece for clarinet, violin, cello, and piano. It’s a piece about the Holocaust and what it was like to be there. After I wrote that, I wrote something very cheerful for violin and bass voice. Everything is all over the map. I always say music engaged our brain and there’s a lot that goes into making music, whether you’re a composer or performer. There’s a lot that goes into that, but it has to have your heart, soul, and gut. The way it comes together is a magical thing and that’s why I love it. 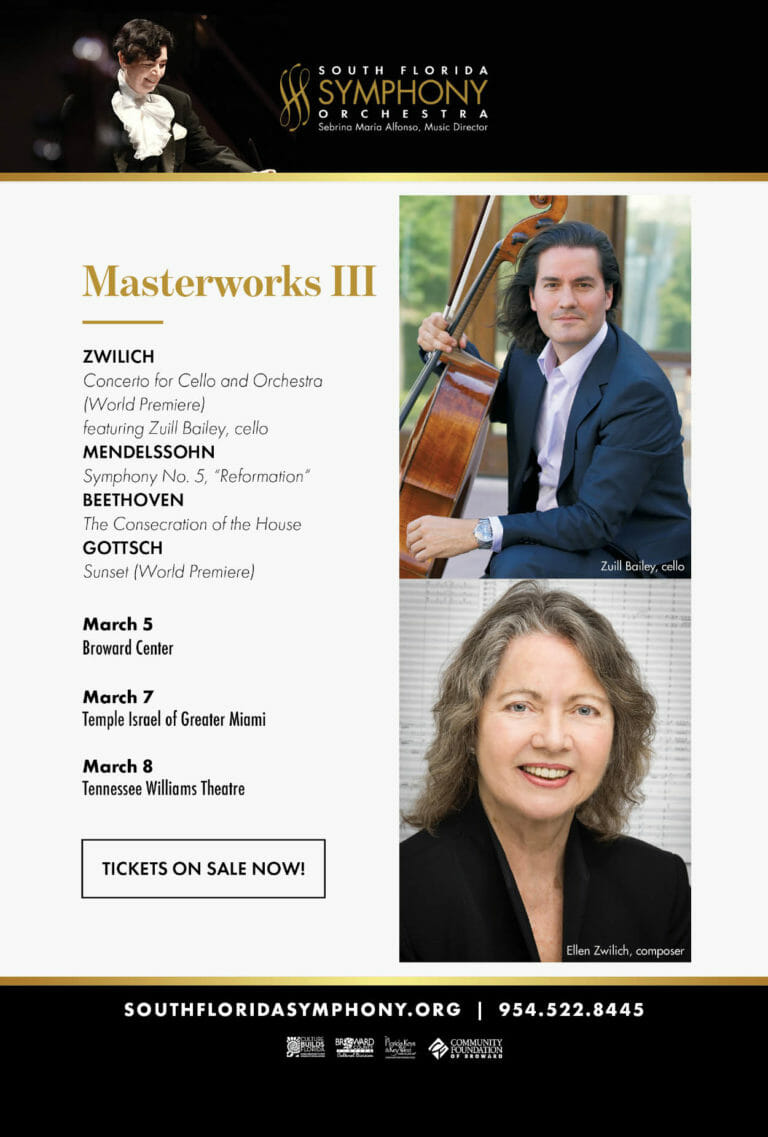 Have you met Miss Bryan?