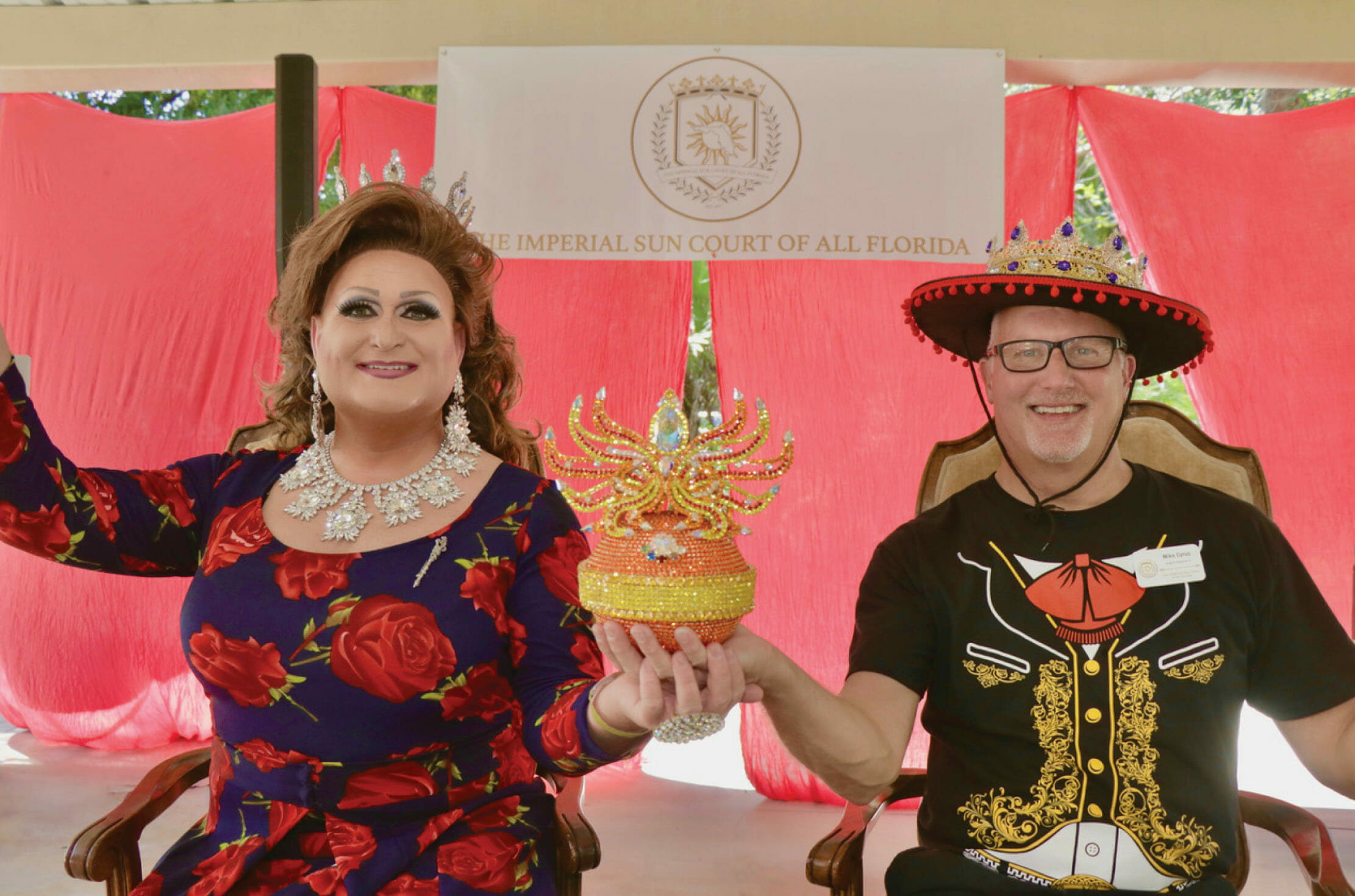 RaeJean Cox, one of South Florida’s most loved performers, has passed away after being in a devastating car accident. RaeJean, whose real name was Earl Bunning, ran off I95 in Palm Beach County during bad weather on August 5, 2021. His death was announced on August 25, 2021.

Among other things in her life, ReaJean was known for her performances in bars and clubs in Broward and Palm Beach counties. She would host Bingo one night and a drag revué the next. Her ability to keep a crowd in the palm of her hand was extraordinary. RaeJean was also the reigning Empress of the Imperial Sun Court of All Florida (ISCOAF). The group raises thousands of dollars every year for various charities. They announced her death on their Facebook page, saying, “We are sad to announce the passing of our reigning Empress RaeJean Cox. The Court sends our most sincere condolences to Earl’s family and community. May his memory be a blessing.”

It was in her role as ISCOAF Empress that RaeJean thrived. Her reign overlapped with the COVID crisis. That meant in-person events were out of the question. She put on her creative tiara and got to work, dreaming up fun, socially distant fundraisers. Her efforts helped ISCOAF continue their work helping South Florida charities.

Mike Connell, The Pub Wilton Manors said, “Earl (RaeJean) honestly was one of those rare souls in life you couldn’t help but love!  She just embraced life with the most amazing, kind hearted, caring, fun-loving spirit, while still having a humble persona. These rare qualities,  coupled with amazing gifted talent, made her the well established iconic drag queen – RaeJean Cox.  The Imperial Sun Court of all Florida had her as reigning Empress since 2020 where she gave innumerable hours of service for raising funds for non-profit organizations.  The Pub Wilton Manors considered her the best in talent and had her in two regularly scheduled shows, Stilettos and Joyful Noise. Not only has the Pub lost a very beloved entertainer, but the Pub associates and myself, with deep sorrow personally, have all lost a family member.”

Funeral services will be in Indiana with ReaJean’s family, according to her family.  A celebration of life is scheduled to be held in Florida, date pending due to current COVID conditions.

Reunited with Your Groove Thing

Why Diversity is Essential for Every Business