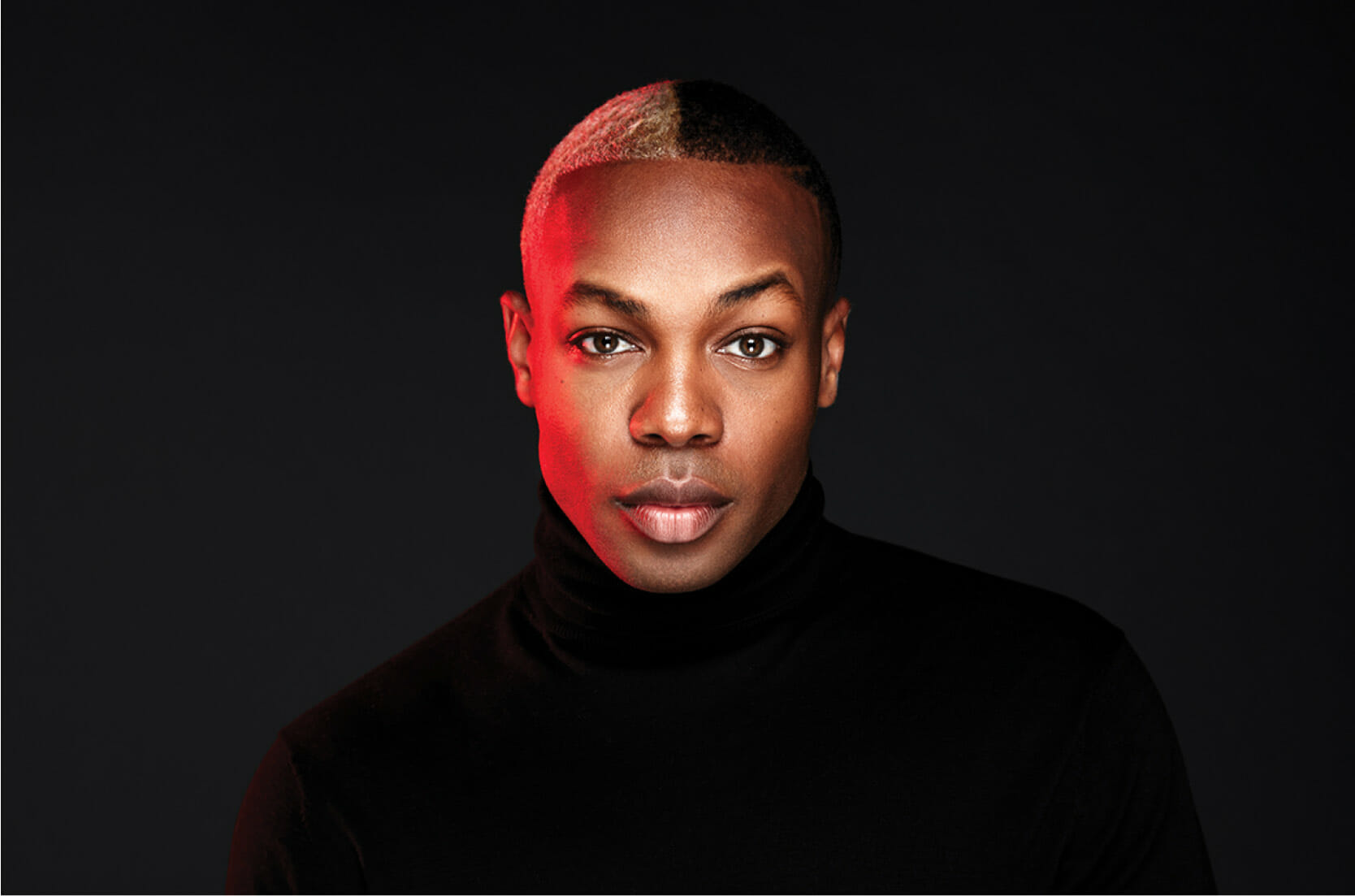 An Interview with Todrick Hall

These days Todrick Hall seems to be everywhere. Performing on Broadway, appearing on RuPaul’s Drag Race, doing a Q&A at an LGBTQ film festival, and making his presence felt on YouTube. Yes, that was Todrick in the hilarious party scene in the third chapter of the second season of Dear White People on Netflix. He’s also been making the rounds of the Pride Festival circuit and will be headlining the Fort Lauderdale Pride Beach Festival on February 24, 2019. Todrick was good enough to spare a few minutes to answer some questions in advance of his show.

Gregg Shapiro: Most people first became aware of your talents on the 9th season of American Idol. What is your fondest memory of that experience?

Todrick Hall: I think my fondest memory was my audition. I wrote an original song, which was a super-risky move. It ended up showing people what it is that I do, and it ended up getting me on the show.

GS: What did you think about American Idol returning on ABC?

TH: I think it was a bit soon for a return. But it’s a market that will never run dry. People love to see a rags-to-riches story and watch people get to live out their dreams. I don’t know that it should have ever left. It was such a great show and was doing so well. I’m happy for the opportunity for the kids that will get to be on it.

GS: As someone who rose to fame via a TV talent competition show as well as the internet, what advice would you offer others considering those paths?

TH: I would say that whatever they do, they should be themselves. That sounds like a simple thing to do, but it’s very difficult for people to do. Be yourself and be truthful. People are like dogs. They can sense fear and they can sense when someone is not being authentic. That happens a lot as artists, in general, but especially on YouTube, because people don’t have managers to point them in the right direction.

GS: That’s good advice. You made your Broadway debut in The Color Purple and your most recent Broadway role was as Lola in Kinky Boots. How would you describe your experiences on Broadway?

TH: I’ve had amazing experiences on Broadway. I’ve loved every single one for different reasons. But I have to say that Lola was the most special to me. The role of Lola was very similar to my life story, as portrayed in (my show) Straight Outta Oz, which is why I ended up getting the role (in Kinky Boots). It was a really cool, eye-opening experience to be able to portray such an amazing, iconic Tony Award-winning role at the time that Donald Trump became President. What we need is love, love, love and Kinky Boots preaches that it’s all about love, all about acceptance. I was so honored to be in Kinky Boots, especially at that time when it was so relevant and so necessary.

GS: In 2017, the documentary Behind The Curtain: Todrick Hall was released in theaters. Why was that the right time to make a documentary about your life and career?

TH: It was the time that I was inspired to write the show. It would have never been my idea to make a documentary, but I’m so glad they approached me about doing it. I think it’s necessary for people to see the hard work that goes on behind the scenes. This is not me tooting my own horn, but a lot of artists don’t write their own songs or choreograph and direct their own videos or produce their own albums. But it is possible to do that and I wanted people to be able to see that, with hard work, you can do it on your own. You can sell out a tour without a record label or anything because a lot of people are under the misconception that that’s not possible. I’m living proof that it is. At the time, I didn’t know that the album was going to go to number two (on the charts). I didn’t know that a tour was going to sell out. I was so nervous; will anybody buy tickets and come see this tour for a show from which they don’t know any music? And how could they know it, because I haven’t written it yet? But the tickets were already on sale. I was racing the clock and very stressed out about it. But people came out and on the very first show, they already knew the music and lyrics that had been out for less than 10 days. It was a very eye-opening experience. If you put out great work, people will listen to it. They will respond and purchase it. In this world where everyone gets a trophy just for participating, you sometimes forget that real talent will shine through and it will always win. People can come and go with their hits about big booties or popping bottles in the club. But the people who have truly stood the test of time are Bette Midler and Barbra Streisand and Celine Dion and Mariah Carey and Whitney Houston and Aretha Franklin. People who have an undeniable, God-given gift and a different perspective to show. Now that I know that and have proven that to myself accidentally, while the cameras were watching me, I’m so charged up and ignited and ready to enter the next chapter of my life. I know that if I work hard and put out something great that it can be successful, whereas before I didn’t necessarily believe that was the truth.

GS: Finally, L. Frank Baum, who wrote the books on which the movie The Wizard of Oz was based, never got to see the impression that his words and characters left on people, especially LGBTQ people. You, on the other hand, get to see the impact firsthand. What does that mean to you?

TH: It means so much. He wrote something that was such a huge social commentary at the time. I think it was ahead of its time. It’s very reminiscent of the writer of Rent. He (Jonathan Larson) never got to see how successful the show was because he died on opening night. It’s crazy to see how much his story has changed the world and how epic that musical has become. For me to get to see the impact it’s had and to hear people who are not African-American, who are not gay, who are parents or who are working nine-to-five jobs, how they have identified with this, taken this story and applied it to their lives the way I took The Wizard of Oz and applied it to my own life; it’s why we make art. We forget sometimes why we want to be a singer or a dancer. It’s not for the fame and the recognition. It’s so you can change people’s lives and touch them and inspire them and save their lives. On numerous occasions, people have told me that they didn’t commit suicide because my YouTube was the light at the end of the tunnel, was able to help them. I want to continue to go down that path. I never thought that I was going to inspire people. Every person who’s a performer wants some recognition. They want to be stopped on the street. That’s what I wanted when I started, and to be paid, as well. But now I could care less about that. What makes my heart so full is meeting these kids I’ve inspired to pursue a career (such as mine). If that’s all I have to take to my grave, that’s more than enough.