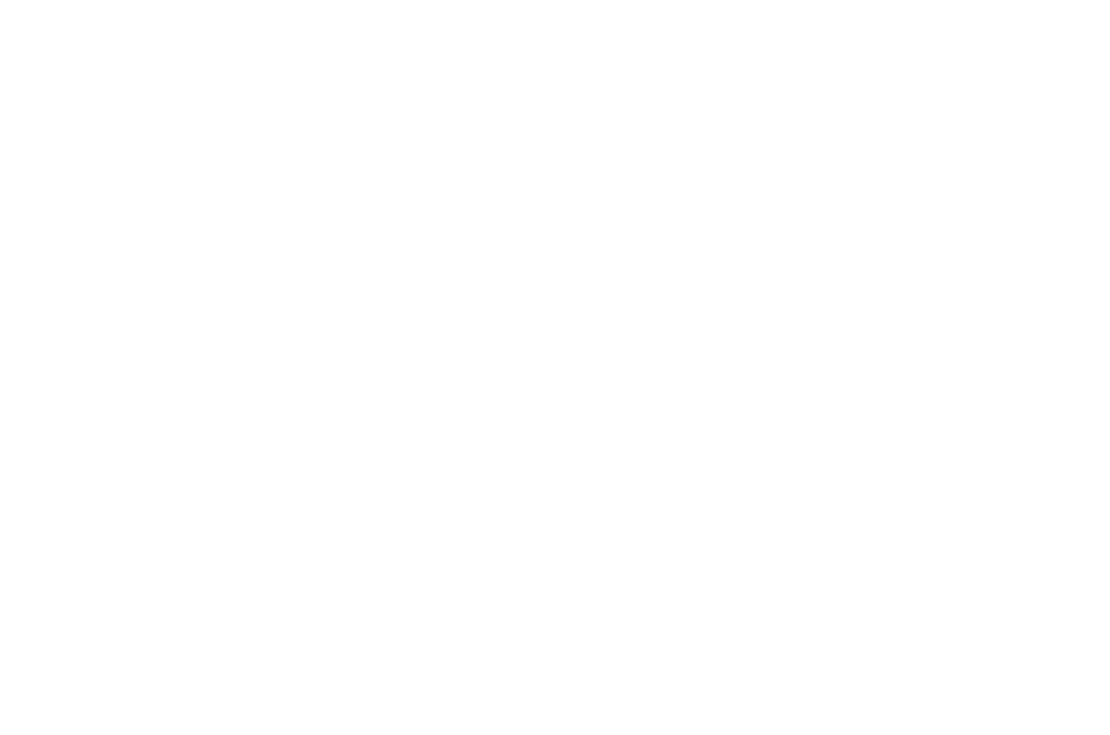 Fort Lauderdale has traditionally not been known as a “skyscraper city.” Rather, history tells of a town that’s repeatedly suffered its share of challenges to grow its skyline.

The merciless pummeling of Fort Lauderdale started in the 1920’s, during the “Florida Land Boom.” Six years later, the city was decimated with the arrival of a category 4 hurricane, causing $165 billion of damage in today’s dollars. It remains the costliest storm in U.S. history.

Just when the city was shrugging it off and getting back on its feet, the Great Depression punched it square in the nose. The building stopped. The residents fled. It wasn’t until the early 1960s, when Where the Boys Are was produced, and turned Fort Lauderdale into a mecca for straight Spring Breakers with its well-known location right on Fort Lauderdale Beach.

Bloodied and bruised, Fort Lauderdale was showing signs of life again until the city took another blow in the late 1960’s. Residents fled and development froze after some not so clean-cut boys came to town. Seeking to get away from abusive or otherwise unstable family life, hundreds of runaways sought refuge in the southern-most state, flocking to Fort Lauderdale. They formed a group called “The Family.” Many of them resorted to petty crimes to support themselves. Robbery and roughhousing didn’t do much to create a desire for more houses. And without a need for new houses, there is no reason for developers to develop.

Like Rocky, when the bell rang in the boxing ring, the city pushed itself off the ropes. The celestial boxing match came to an end in the early 1970’s. Houses, hotels, business parks, and the conveniences of modern life spread west, creating the suburbs of Coral Springs, Miramar, and Pembroke Pines. That was also, coincidentally, the decade when Fort Lauderdale became the spot where the LGBTQ community started laying down roots.

1998 was a remarkable year for growth in Florida. That’s when Casey Koslowski came to the state after he was recruited to Naples by a real estate developer. “The development was being inundated by German buyers coming to the area due to the new international airport that had just opened, as well as Miami buyers, who oftentimes preferred speaking Spanish, looking for vacation homes to come to on the weekends,” said Koslowski, who speaks enough of those languages to sell real estate.

Packing his bags and moving here was an easy decision for him. Aside from having an established job before he even arrived, Koslowski sought a new lifestyle.

“Coming from Wisconsin originally, I clearly love the climate here in South Florida, as well as the fact that it boasts three international airports, and two of the world’s largest cruising ports. So traveling from here is extremely easy too. I also love the diversity and strength of the influential and dynamic LGBT community here, especially in Fort Lauderdale.”

As an attractive guy who balances a demanding career with his social life, Casey is a single gent living in Wilton Manors. His background is sort of a rags-to-riches story, with humble beginnings, and a tireless work ethic that was established when he was in middle school.

“I started working in sales and customer service at my family’s small grocery store in suburban Milwaukee in the seventh grade. I then started working at restaurants while in college. Soon after graduating, I worked for Marriott International when I lived in Boulder, Colorado for a year,” Casey says. “Most of the real estate developments I represent now involve a luxury hotel component, so I like to bring concepts and ideas I procured through these experiences to my resort here on Fort Lauderdale Beach.”

Casey’s first commercial investment was The Grand Resort and Spa, a landmark property that drew national LGBT vacationers to Fort Lauderdale. He and a few investors purchased the then-struggling property, just blocks from where the W Hotel was built shortly thereafter on the beach.

“I have long witnessed the growth in size and strength of the LGBT community in Fort Lauderdale since moving to Florida, which is a major reason why I became involved with the Grand Resort and Spa in 2001. Since that time, I have bought out my partners in the resort and hope to soon open another one.”

The Grand Resort and Spa is now Fort Lauderdale’s largest clothing-optional, gay owned and operated men’s spa-resort. In the early years, Casey infused nearly a million dollars into renovating the resort’s interiors from top-to-bottom and he continues enhancing its esthetic and adding amenities to this day. The resort has since earned national and international acclaim from both LGBT and traditional media for its well-appointed luxury accommodations, spa services, and tropical grounds.

Local residents are among the resort’s most frequent clientele who can now enjoy the perks of the new spa memberships that just launched this summer. Leisure vacationers book again and again during both the low and high seasons. The Grand Resort and Spa is clearly the standard of Fort Lauderdale’s clothing-optional gay resorts.

Getting back to the luxury condominium development industry, Casey has sold eight condominium towers in South Florida. Some of his most notable projects include The Setai & The W both on South Beach; Ten Museum Park and Paramount Bay, both in Miami; and most recently, the Auberge North Tower in Fort Lauderdale. He continues to specialize in the sales of luxury residential condominiums, high rises, and new construction in the area.

Today, Casey has embarked on one of his most ambitious projects to date – 100 Las Olas. At 499 feet, the mixed-use tower will be the tallest building in Fort Lauderdale when it opens in 2019. The tower will contain a new and sleek hotel brand from Hyatt called Centric that will operate 238 hotel rooms. Floors 16 to 46 will be home to the 121 luxury condominium residences, which will be delivered move-in ready.

100 Las Olas will deliver a much-needed shot in the arm in the Las Olas shopping district. Still home to boutique-ish shops and restaurants, tenants in the neighboring Riverfront area (immediately to the west of Las Olas Boulevard) have been begging the city and developers for years to help draw more visitors after the failed Riverfront entertainment development went belly-up in 2005. City zoning, lack of redevelopment interest and outstanding loans totaling $35 million hampered efforts to revitalize the 3.5 acre Riverfront area.

Fort Lauderdale Mayor, Jack Seiler, once said, “This is like a gap in our Riverwalk, and it’s extremely frustrating for us at the city.”

This gap will soon be filled.  Other hotel and residential buildings are coming online in the next couple years, but none will compare to 100 Las Olas.

“We have already broken ground and are currently slightly ahead of schedule,” said Casey. “Passersby will be able to see the building coming out of the ground this fall already, because the foundation is already half complete.”

The units will command selling prices fitting of the luxury offered at 100 Las Olas. Units start at $800,000 (or the mid-$500s per square foot) for a finished residence. Unlike most new construction residential towers, units in 100 Las Olas won’t be sold as an unfinished or “decorator ready” residence as most of the developers in South Florida deliver.

“[Most residential condo developments] are really an empty shell which require weeks, if not months, and tens of thousands of dollars to make habitable. The developers of 100 Las Olas are taking the time to deliver a fully completed building with units featuring customizable finishes – this is very rare, and this is something that I really love about the building. It is one of the major reasons why I also am purchasing a residence here!” says Casey.

Casey was also keen to the walk-ability and commuter convenience offered by the location.  “When I started my career in real estate it was all about the ‘smart home.’ But now, with the ease of wireless technology, buyers are focusing more on the specific area that they are purchasing, especially the ‘walkability’ factor. This is a key attribute of 100 Las Olas and it is a major factor as to why the launch has been a great success,” said Casey. “Thus far, our purchasers love the fact that they are within walking distance to 40 different restaurants, both on and near tony Las Olas Blvd., as well as to two renowned museums, the Broward Performing Arts Center, and the soon-to-open Brightline bullet-train’s station.”

Marketing 100 Las Olas to the LGBT community has been successful, according to Casey. He attributes this to these buyers’ sophisticated tastes.

“The LGBT community especially appreciates the walkability attribute as many of us have been fortunate enough to live in other major cities in the U.S. and around the world where much more walking and the use of public transportation is more prevalent.  That lifestyle is rapidly developing here now too.”

Like other investors in the area, Casey is placing his bets on Fort Lauderdale. Where once the city struggled to deliver a knockout punch in the boxing ring of life, his pipeline of projects and investments are proof that Fort Lauderdale will be alive and kicking for years to come.

“I am very excited and bullish about the future of Fort Lauderdale. The local economy is becoming one of the best in the nation in terms of job growth and wage appreciation. To top it all off, Fort Lauderdale’s restaurant & cultural scenes are improving too and it has become the LGBT capital of the state of Florida.”