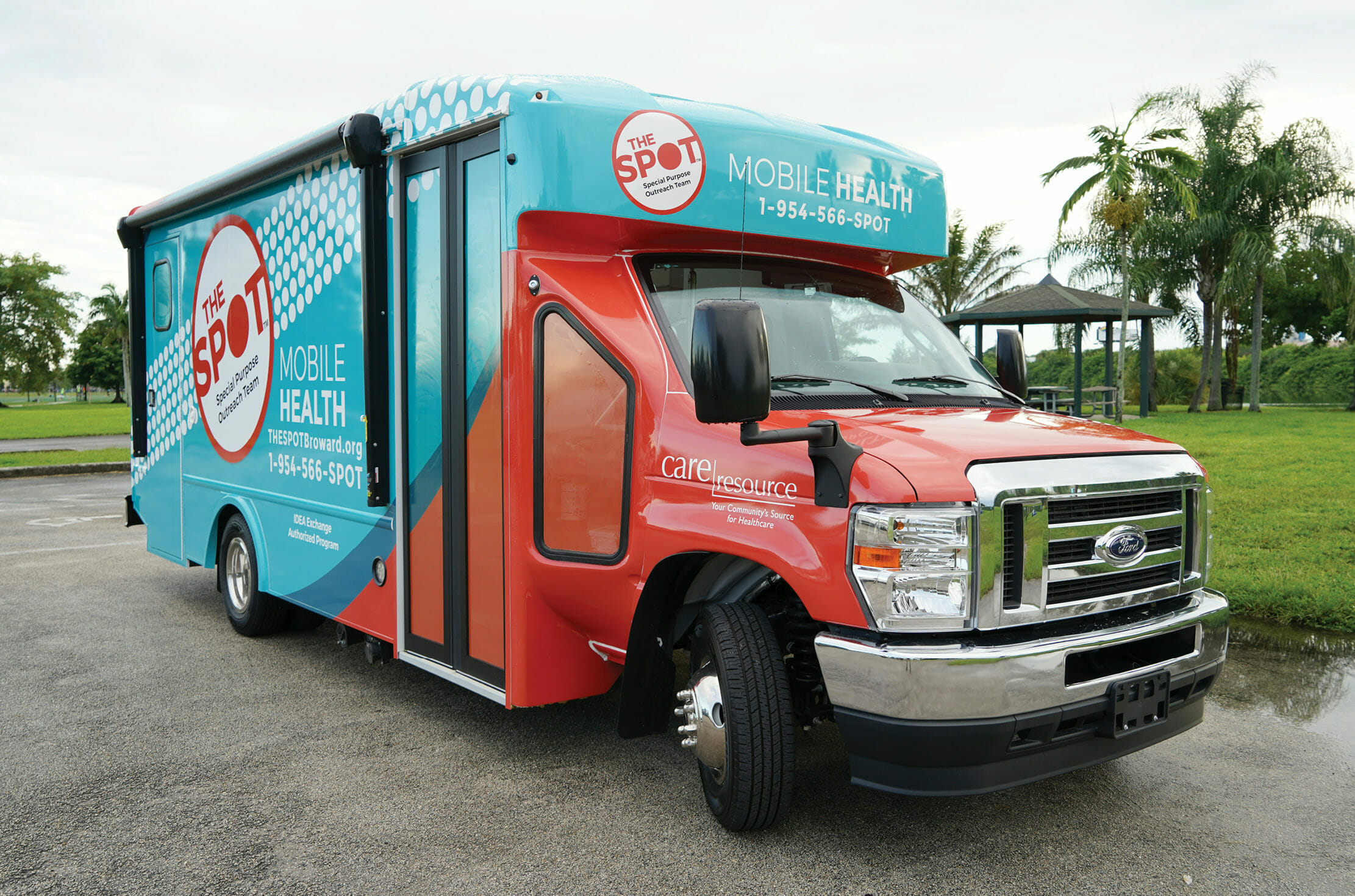 Care Resource is rolling out its latest weapon in the fight against the HIV and opioid crises.

The SPOT, which stands for Special Purpose Outreach Team, is a mobile unit that goes into neighborhoods and reaches people who need testing, counseling, and prevention tools. The impact is immediate, because just a few weeks into this new venture more than 60 lives have already been saved.

Emelina Martinez is their Safe Syringe Exchange Services manager. She hits the road with The SPOT and goes out every day with one goal in mind: helping people the healthcare system and society overlook. Services include COVID testing and vaccination, HIV testing, Hepatitis C testing, and as part of a syringe exchange program, anonymous exchange for participants.

Once the testing is finished, HIV positive tests are referred for additional help, Martinez and her team turn to prevention.

“We give them everything they need to stay safe to prevent the transmission of HIV and Hepatitis C,” she explains.

Those tools include Narcan, which saves people in the middle of an overdose, to clean needles. The privately funded needle exchange is a one-for-one program, meaning that for every used needle someone brings in, they are given a new, clean needle. When a person is the first to use a needle, they know they aren’t at risk for HIV.

“They appreciate what we’ve done,” Martinez told OutClique. “They say it’s about time someone in Broward did this. Some of them have come and cried with us out of gratitude. I have one gentleman who saved his life with the Narcan we gave him.”

The SPOT took to the streets in autumn 2021.

“We have seen firsthand the increase in patients coming to us with HIV, Hepatitis C, and other infections after sharing used syringes,” Dr. Thomas Smith, director of behavioral health services at Care Resource says. “We’ve also seen a dramatic rise, 51 percent, in opioid-caused deaths in Broward over the first half of 2021 compared to the previous year. The SPOT is key to preventing these tragedies by taking used syringes off the street, providing HIV and HCV testing, and preventing overdoses through education and naloxone distribution.”

Martinez says drug users are hard to reach because stigma is attached to their habit.

“People who are active injectors are looked down upon by society at large,” she says. “We have compassion for them.”

Once The SPOT team makes contact, they bring people inside for a conversation that gets real. They are asked about their sexual and drug habits, gender, orientation, and more, but The SPOT isn’t one-and-done. It comes back to the same place at the same time each week, because keeping people in care is a big obstacle.

“It’s a constant conversation that we have,” Martinez said. “Continuity is what matters. It’s them knowing we’re going to be there for them. That’s what makes them come back.”

For Martinez, the work is personal. She started her work with HIV in 1992 after a friend of hers died of AIDS. Many clients are self-conscious about their appearance and know how society at-large feels about them, but none of that matters to Martinez.

December 2020 Letter from the Publisher