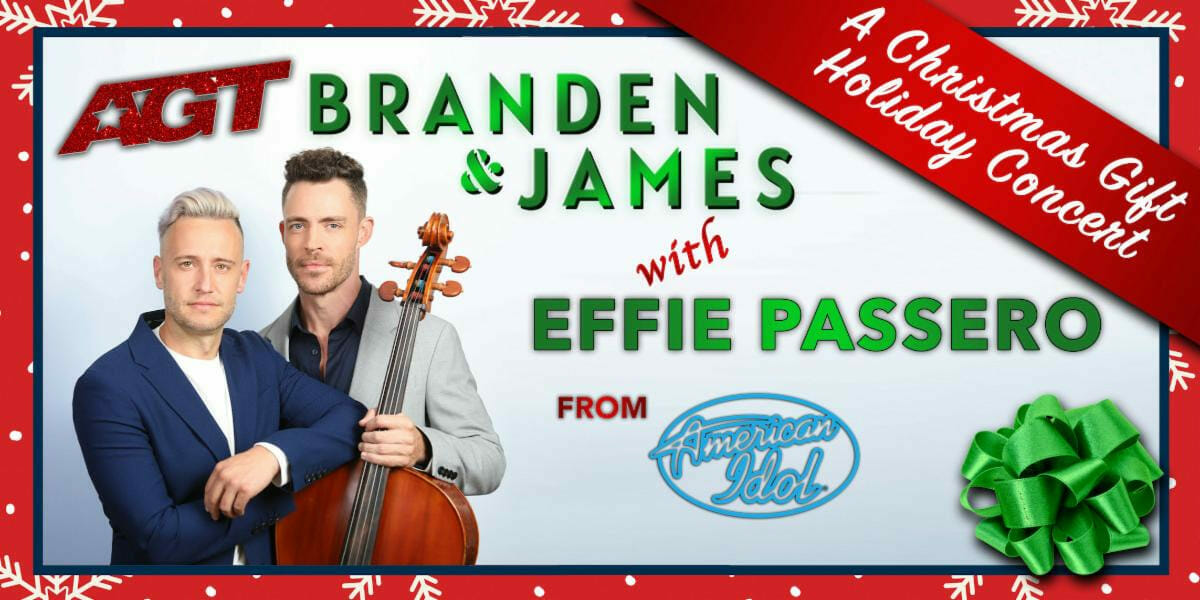 Join America’s Got Talent’s BRANDEN & JAMES with special guests Effie Passero, from American Idol, & Jonah Wei-Hass at the beautiful Sunshine Cathedral Center for the Performing Arts as they present A Christmas Gift: Holiday Concert. A festive concert full of vocal acrobatics, electrifying instrumental arrangements, and comedic hosting. Music to include secular & religious holiday songs, along with many other familiar & original songs. This is a don’t miss evening!

Cathedral Center for the Performing Arts

Digital Television Tickets: This spectacular broadcast is produced by Happening Out Television Network and will be streamed via eight 4k Ultra High Definition Television cameras.

Television Viewing: LIVE Digital Streaming can be played on your desktop or mobile device and can be played on televisions with Roku, Chromecast, Apple Air play and other cast-ready devices.

The Parker Kicks Off the New Year with a Full Slate of Entertaining Performances in January, 2022.