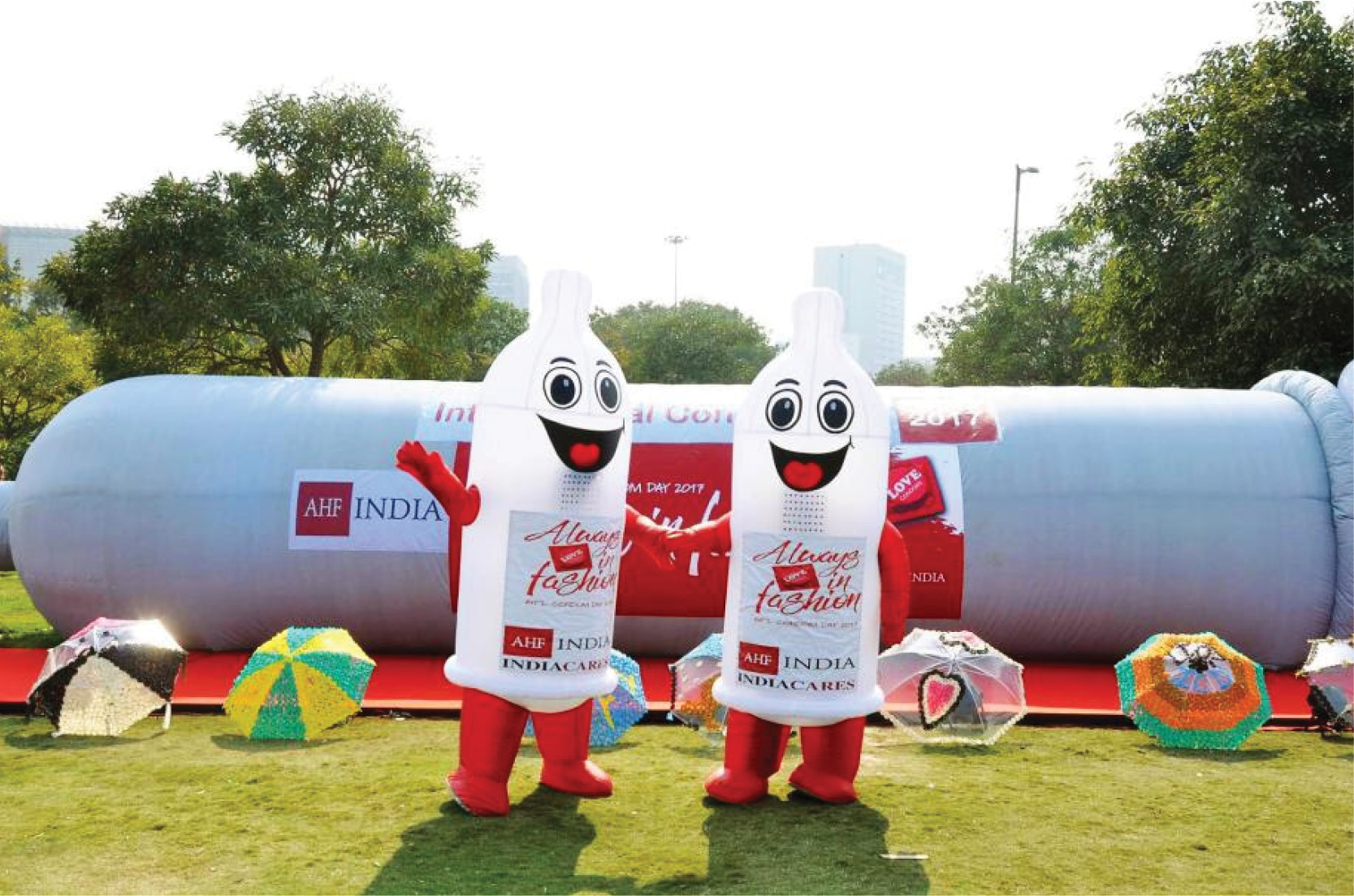 By Fiona Ip (Courtesy of AHF)

It’s hard to ignore a 30-foot inflatable condom! And that is what has stolen the show at multiple World AIDS Day events and has become a catalyst for an advocacy success story in Mizoram—a conservative state in northeastern India with the highest rate of HIV prevalence in the country.

Faith-based organizations (FBOs) in Mizoram, which were previously unreceptive to the promotion of condoms due to religious beliefs, have helped chart a new course towards encouraging condom use for HIV and STI prevention among youth in the region, along with its most vulnerable populations. The change was the result of years of persistent advocacy, including anti-stigma campaigns and sensitization efforts by AIDS Healthcare Foundation (AHF) India Cares.

“Our condom advocacy, including supplying dispensers at local markets that improve condom access to the community, has helped to change antiquated Mizoram church policies and opened the door for approaches to stem the flow of new HIV infections – this is truly a remarkable change!”

The HIV prevalence rate among adults in 2017 was estimated at .22% nationally, but Mizoram, which has a population of 1.5 million people and shares porous borders with Myanmar and Bangladesh, had the highest HIV prevalence of any state at just over 2%. A study conducted earlier this year also revealed that more than 67% of new HIV infections in the region were transmitted through unprotected sex.

“LOVE condoms have played an important role in reducing HIV prevalence due to their availability, accessibility, and high acceptance among the general population,” said Mizoram State AIDS Control Society Joint Director (IEC) Ms. Zuiliani Hrahsel. “We truly appreciate the continuous support of AHF India Cares in continuing to provide condoms and promote them since 2017.”

To date, AHF has donated 800,000 condoms to Mizoram and 1.4 million nationwide. AHF India Cares has worked in the country since 2004 and currently provides HIV care and treatment services to 2,692 clients.

We’re Back and Ready to Serve