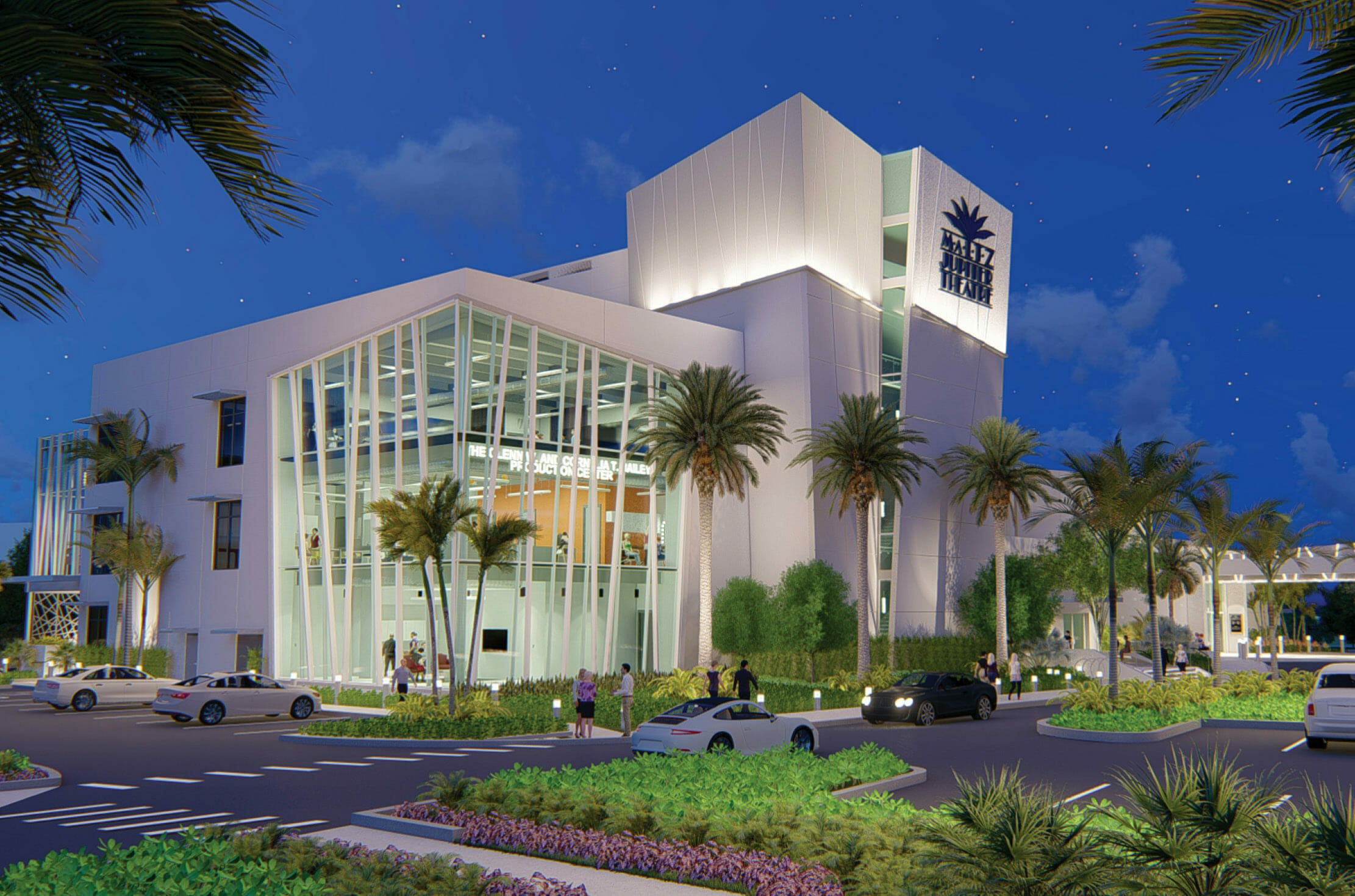 Scheduled to reopen in early January 2022 following a $36 million expansion, the Theatre’s 2021/22 season will open off-site with a truly spectacular treat for local theatregoers: a three week open-air run of the smash hit Broadway musical Jersey Boys at Roger Dean Chevrolet Stadium January 11, 2022 through January 30, 2022, as well as the fun-filled comedy I Hate Hamlet at The Benjamin School’s 800-seat theater in Palm Beach Gardens February 8, 2022 through February 20, 2022.

The season will then move onto the Theatre’s brand new Broadway-scale stage for the high energy, dance-filled musical Sweet Charity, February 19, 2022 through March 9, 2022 and a four-week run of the Tony®-nominated Broadway sensation Dirty Rotten Scoundrels March 22, 2022 through April 10, 2022. “We have always felt that the show must go on, and we’ve nicknamed the first two shows in our season ‘Maltz Without Walls’ because we are doing just that,” said Andrew Kato, the Theatre’s producing artistic director and chief executive. “We are very excited to partner with Roger Dean Chevrolet Stadium and The Benjamin School and can’t wait to show everyone what’s possible in these two very unique venues, including a once-in-a-lifetime chance to see the Florida premiere of Jersey Boys alfresco in South Florida with our gorgeous January weather. We also are elated to welcome audiences back to the Maltz Jupiter Theatre for our final two shows following our $36 million expansion.”

Mike Bauer, general manager of Roger Dean Chevrolet Stadium, said the opportunity to host the Theatre’s production of Jersey Boys is a thrilling chance to marry two of America’s favorite pastimes. “We are delighted to host one of the Maltz Jupiter Theatre’s most sought-after musicals at Roger Dean Chevrolet Stadium, especially one as popular and beloved as Jersey Boys,” he said. “This production is the result of a wonderful community partnership, and it’s bringing together the worlds of performing arts and sports in a way that’s never been done before. This will be an experience that fans won’t soon forget.” The season will also feature a dazzling lineup of limited engagements that will all take place on the Theatre’s brand-new stage, featuring concerts such as David Clark presents Live at the Garden: The Music of Billy Joel on February 10, 2022, The McCartney Years February 11, 2022, Top of the World: A Carpenters Tribute on February 12, 2022, Destination Motown, featuring the Sensational Soul Cruisers on February 13, 2022, Best of the Eagles March 10, 2022, Tribute to Journey: Odyssey Road on March 11, 2022, the Elton John tribute Yellow Brick Road on March 13, 2022, and The Prince Project April 16, 2022. March will bring an extra-special rescheduled benefit concert to the Theatre: 2019 Tony Award® winner Stephanie J. Block of The Cher Show, who will headline the Theatre’s eighth annual Tony Award® winner benefit concert.

April will bring Grammy Award®-winning bassist Jason Newsted, the former bassist for Metallica, and The Chophouse Band who will perform an exclusive concert to benefit the new Goldner Conservatory at the Maltz Jupiter Theatre.

“The brand new Maltz Jupiter Theatre will exceed all of your expectations,” Kato said. “Seeing performances on our new stage and touring our state-of-the-art production center is something you won’t want to miss. We’re looking forward to welcoming our patrons back safely to our gorgeous new building for an extraordinary season of outstanding entertainment.

”It’s time to become a new season ticket holder or renew your season subscription to get the best seats available. The Theatre is offering one four-play subscription option for the Theatre’s 2021/22 season. With many of the Maltz Jupiter Theatre’s productions selling out well before they open, becoming a season subscriber is the best way to lock in the best seats at the best rate. Subscribers are able to book their seats and make exchanges in advance of the public sale. Patrons may purchase subscriptions for club level premium seats in the Theatre’s premium space, The Green Room, and enjoy the stylish lounge and amenities. Amenities include spacious 23” seats, a lounge with a private bar and restrooms, one free drink of choice with ticket purchase (evening performances only for season shows), panoramic views of the stage and a private entrance and elevator. Exclusive benefits will also be offered at Roger Dean Chevrolet Stadium and The Benjamin School.”

Subscriptions begin at $242. Subscribers save up to 13 percent on single ticket prices. Subscribers also get one fee-free ticket exchange per ticket per show, and advance notice and ability to purchase tickets to limited engagements and other special events. Groups of 20 or more receive an additional discount. For more scheduled performances and ticket information go to JupiterTheater.org.