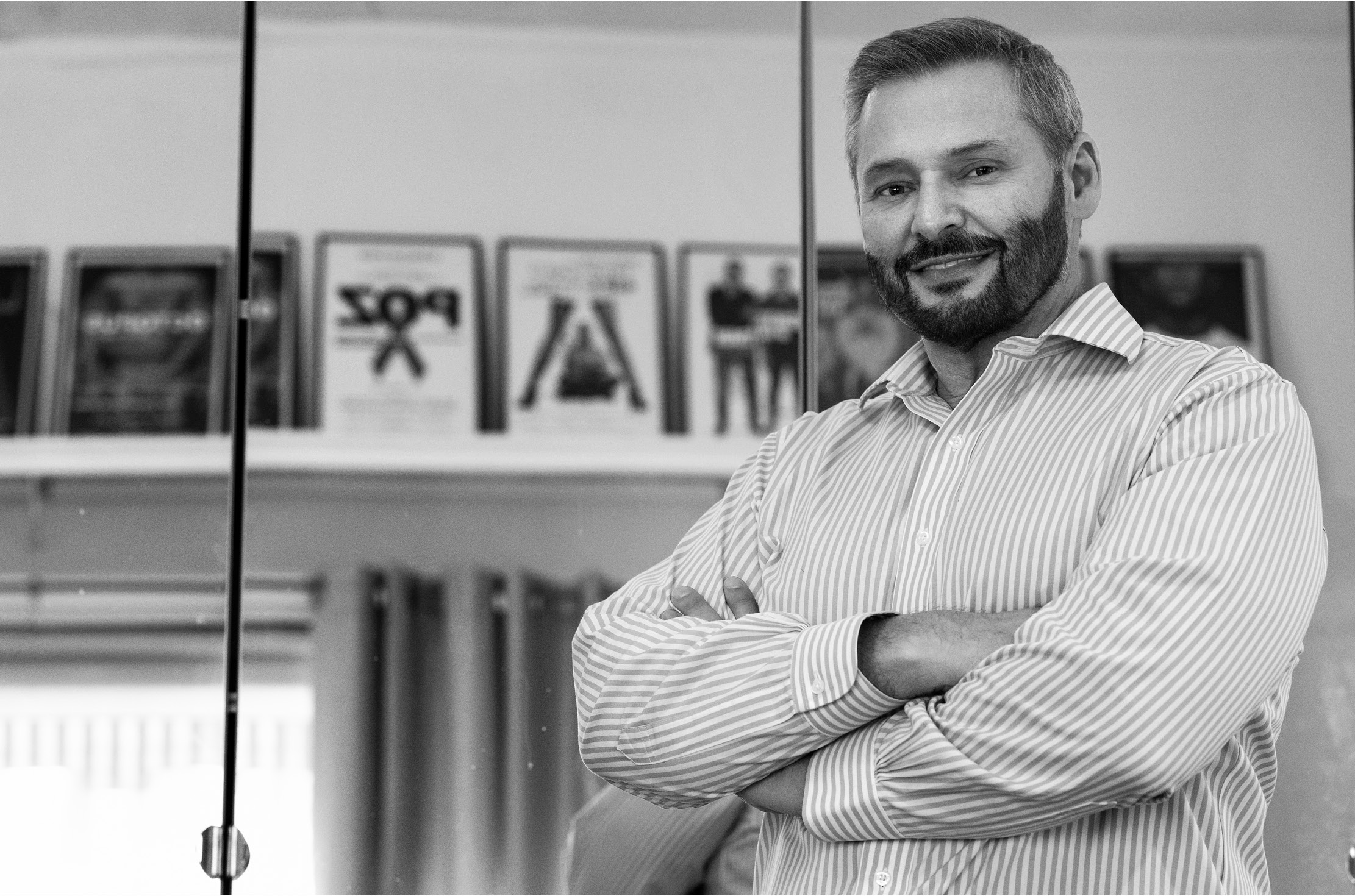 Andy Armano: So start by telling me a little bit about where you grew up and your background.

Marty Childers: I grew up in Kentucky and spent the biggest part of my life there, in a rural community in Eastern Kentucky. I graduated from college, went to work in a car dealership for 10 years as a finance manager. At that time, I got involved in theater on stage. I also began working on the board of directors and managed a theater.

I truly have a love for the theater, and I truly have a love for excellence. It’s not just on the stage. It’s also in the experience when a theater-goer calls, when the audience is checking in, when we are trying to park. You have to present good theater, but you also have to treat people well, and make them feel like you’re doing this for them and their experience is important. Actually, that’s any good business, for profit, nonprofit, you name it.

AA: How did you get to Island City Stage?

MC: I was living in Kentucky and I saw the job posting for the position. I knew a little bit about Fort Lauderdale because I had visited here. So, I applied for it. And they called me the next day, and within a few months I was hired and started in January 2016.

AA: Oh wow. So you moved here for this job? How was the move?

MC: Big change. It’s one thing to visit, but when you move somewhere, and you actually live there, you’re immersed into the culture of the area. It was so different and the adjustment was difficult at first. But working here has been great from day one. I love being a part of an organization that is growing and thriving.

AA: What do you see as the role of the Island City Stage in the broader community?

MC: We’re creating professional theater that has an LGBTQ focus, but it’s for a universal audience. We are telling stories. It’s our lives, our stories, and they are powerful.

AA: Do you think it’s important to see your life reflected in a play? Have you had that experience?

MC: “A Perfect Arrangement” is one of my favorite shows that we did. It’s about a couple living during the 50s, and it’s about how living a lie doesn’t help anyone. There comes a point when one character had to say, “Am I going to lie, or am I going to live the truth?” And in my own life, it was very painful going from living a lie for most of my life. For me, living where I lived, it was about keeping my mouth shut. For the sake of my family, I never said a word. And then, I was outed in a very purposefully painful way. And, at the time, it did everything I feared it would do, except for one thing. My biggest fear was that I would lose my family, but that didn’t happen.

AA: I’m so glad to hear that. How did your family react?

MC: They were the very first ones to support me. For the first time, my brother texted me and said “I love you brother.” The rest of my family told me they loved me. And my nephew said, “Is there somebody’s ass I need to kick for you?” And then even my pastor supported me. I had emailed him and said, “I don’t want the church to take a hit over this, so please just take my name off the roll.” And he said, “Hell no, you’re not going anywhere.”

AA: Thank you for sharing that. It’s in our darkest hours that we see who shines brightest in our lives. There can be great healing in that. It’s inspiring to see others grow from their difficulties. Were you able to find peace or resolution in time?

MC: Yes, for sure. It really is part of what has shaped me, and gave me compassion for other people going through things, and a passion for the kind of work that we do. It was a painful time as you can tell, it still is. But if it hadn’t happened, I wouldn’t be here. I would not have met my partner, Harold, and I wouldn’t be the strong person that I am now. I wouldn’t be as compassionate as I am for other people who are dealing with having to hide parts of their lives, just to survive.

AA: Thank you for talking with me and for sharing your life with OutClique readers.

Call Kim Colquitt at We Insure