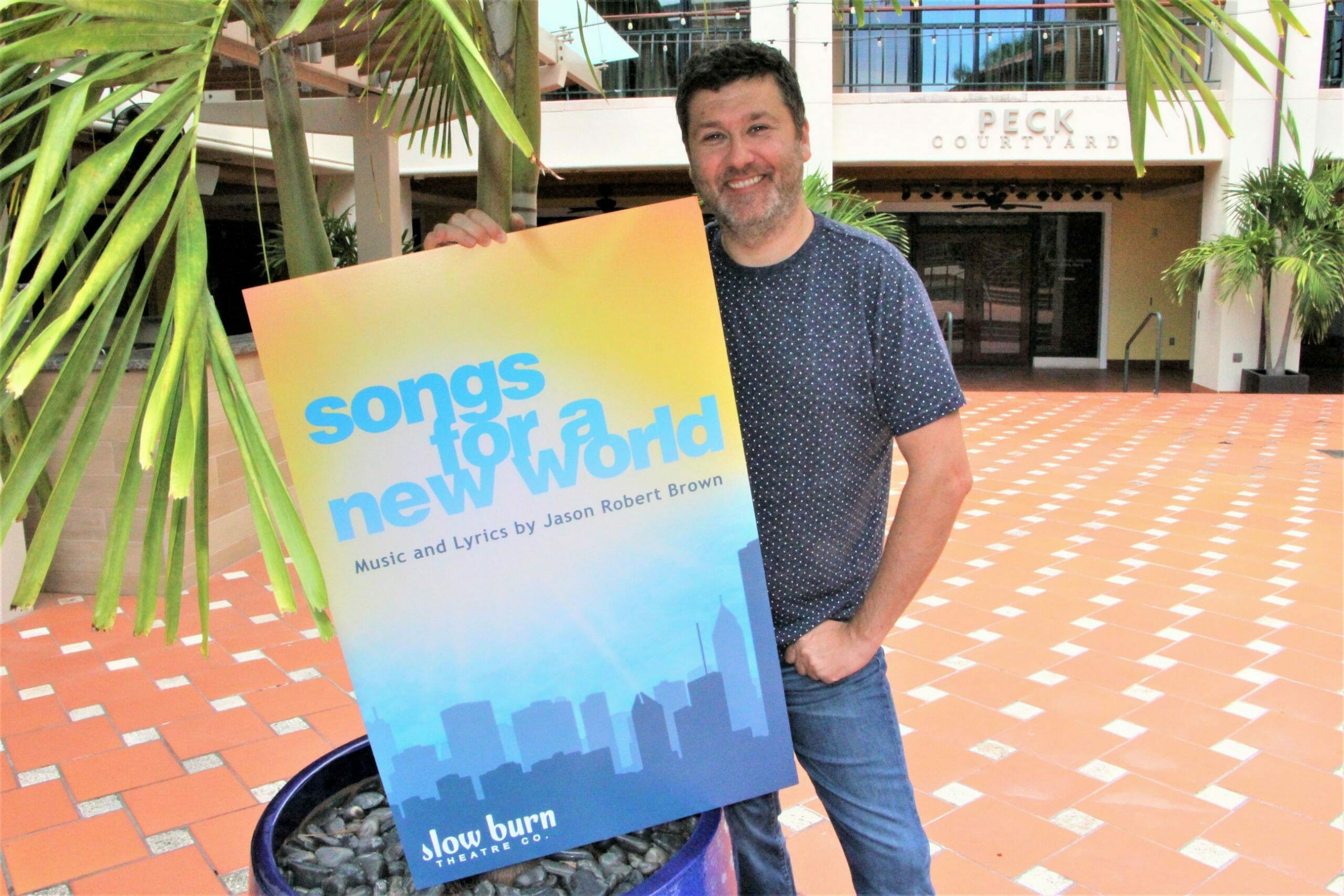 Slow Burn Theatre Company is ready to reignite the theatrical scene after a forced pandemic shutdown with a scorching 2021/2022 Season that features five red hot musical blockbusters as kindling: the Florida premieres of recent Broadway hits Once on This Island and Head Over Heels, Broadway fan favorites Kinky Boots and Roald Dahl’s Matilda The Musical,  and Songs for a New World from one of Broadway’s hitmakers. The season is presented by American National Bank, South Florida’s premier community bank.

“We’re coming back from a year when stages were dark with renewed passion to answer the question, ‘Why we tell the story?’,” said Slow Burn co-founder Patrick Fitzwater. “The answer is that with this season we are centered on bringing hope, acceptance, love, perseverance and pride and delivering it with the work of some of today’s greatest talents including Jason Robert Brown, Harvey Fierstein, Cyndi Lauper, Tim Minchin, the Go-Go’s and Lynn Ahrens and Stephen Flaherty.”

The season begins with Songs for a New World, on stage from Tuesday, Oct. 12 through Sunday, Oct. 24. Before creating the acclaimed Broadway musicals Parade and Bridges of Madison County, Tony Award®-winner Jason Robert Brown produced this moving collection of powerful songs that examine life, love and the choices we make in that one moment whether to take a stand or turn around and go back, do what’s safe or follow an adventure. Each song tells a story with a full orchestra behind it. In a review of a 2005 production, the Sun Sentinel reported, “A decade after the debut of Songs for a New World, the work remains a testament to Brown’s innate talent and promise. The music and lyrics are stylish and alternately clever, dramatic and funny.”

Just in time for the holidays, Slow Burn gifts the stage with the winner of a Grammy® Award, six Tony Awards, three Outer Critics Circle Awards and awards from the Drama Desk and Drama League, Kinky Boots from Friday, Dec. 17 through Sunday, Jan. 2. With songs by Grammy and Tony winning pop icon Cyndi Lauper, and a hilarious, uplifting book by four-time Tony winner Harvey Fierstein, this joyous musical celebration is about the friendships we discover and the belief that you can change the world when you change your mind. Inspired by true events, Broadway’s huge-hearted, high-heeled hit takes you from a gentlemen’s shoe factory in Northampton, England to the glamorous catwalks of Milan. Kinky Boots is the perfect way to celebrate the season with performances on Christmas Day, New Year’s Eve and New Year’s Day.

Once on This Island delivers a timeless testament to theater’s limitless possibilities from Friday, Feb. 4 through Sunday, Feb. 20. This 2018 Tony Award-Winner for Best Revival of a Musical is a Caribbean-infused tribute to the resilience of the human heart and to life’s extraordinary power to tear down walls and transform lives. The mighty island gods of the French Antilles guide a fearless peasant girl on a quest to find her place in the world and reunite with a boy who has captured her heart. Lynn Ahrens and Stephen Flaherty, the Tony Award-winning songwriting team behind Anastasia and Ragtime, have created this musical fable that follows the couple’s pursuit of love as it changes the lives of their island and their families forever.

The Tony Award-winning Roald Dahl’s Matilda The Musical, inspired by the genius who created the tales of James and the Giant Peach and Willie Wonka, now brings the story of a special little girl with an extraordinary imagination to the stage from Friday, March 25 through Sunday, April 10. Packed with high-energy dance numbers and catchy songs, the musical revels in the anarchy of childhood, the power of imagination and the inspiring story of a girl who dreams of a better life. With the book by Dennis Kelly and original songs by Tim Minchin, this captivating masterpiece from the Royal Shakespeare Company has won 47 international awards and continues to thrill sold-out audiences of all ages around the world.

The season culminates with Head Over Heels from Friday, June 10 through Sunday, June 26. This bold new musical comedy from the visionaries that rocked Broadway with Hedwig and the Angry Inch, Avenue Q and Spring Awakening, is a laugh-out-loud love story featuring the music of the iconic 1980s all-female rock band The Go-Go’s with hit their songs, “We Got the Beat,” “Our Lips Are Sealed,” “Vacation,” Belinda Carlisle’s “Heaven is a Place on Earth” and “Mad About You.” In this modern musical fairy tale where once-upon-a-time is right now, a royal family sets out on a journey to save their beloved kingdom from extinction in what New York Magazine called “a clever, delightful, bubbly, exuberant party!” ​

American National Bank first recognized Slow Burn’s theatrical work in 2018 and is now taking a lead in presenting its 2021/2022 Season. “We believe in investing in the community,” said Ginger Martin, president and CEO of American National Bank. “Slow Burn Theatre Company’s contribution to the arts continues to engage audiences in new ways, and we couldn’t be more thrilled to play our part in helping them deliver their heart and art through the professional productions they produce in our hometown.”

Five-show season subscriptions start at $196, offering a savings of 20% over single ticket prices, and patrons can save 10% on individual tickets when they design their own three-or-four show subscriptions. Single tickets ranging from $49-$65 are also on sale now.

Slow Burn Theatre Company’s 2021/2022 season is supported in part by the Broward County Cultural Division. The Broward Center 2021/2022 season is generously underwritten by the Broward Performing Arts Foundation. AutoNation, Bank of America, Cleveland Clinic Florida, Greater Fort Lauderdale Convention & Visitors Bureau, MasterCard and Sylvester Comprehensive Cancer Center are proud sponsors of the Broward Center. Programs are also sponsored in part by the State of Florida, Department of State, Division of Arts and Culture and the Florida Council on Arts and Culture.

History in the Making

South Florida Health Gets A Shot In the Arm