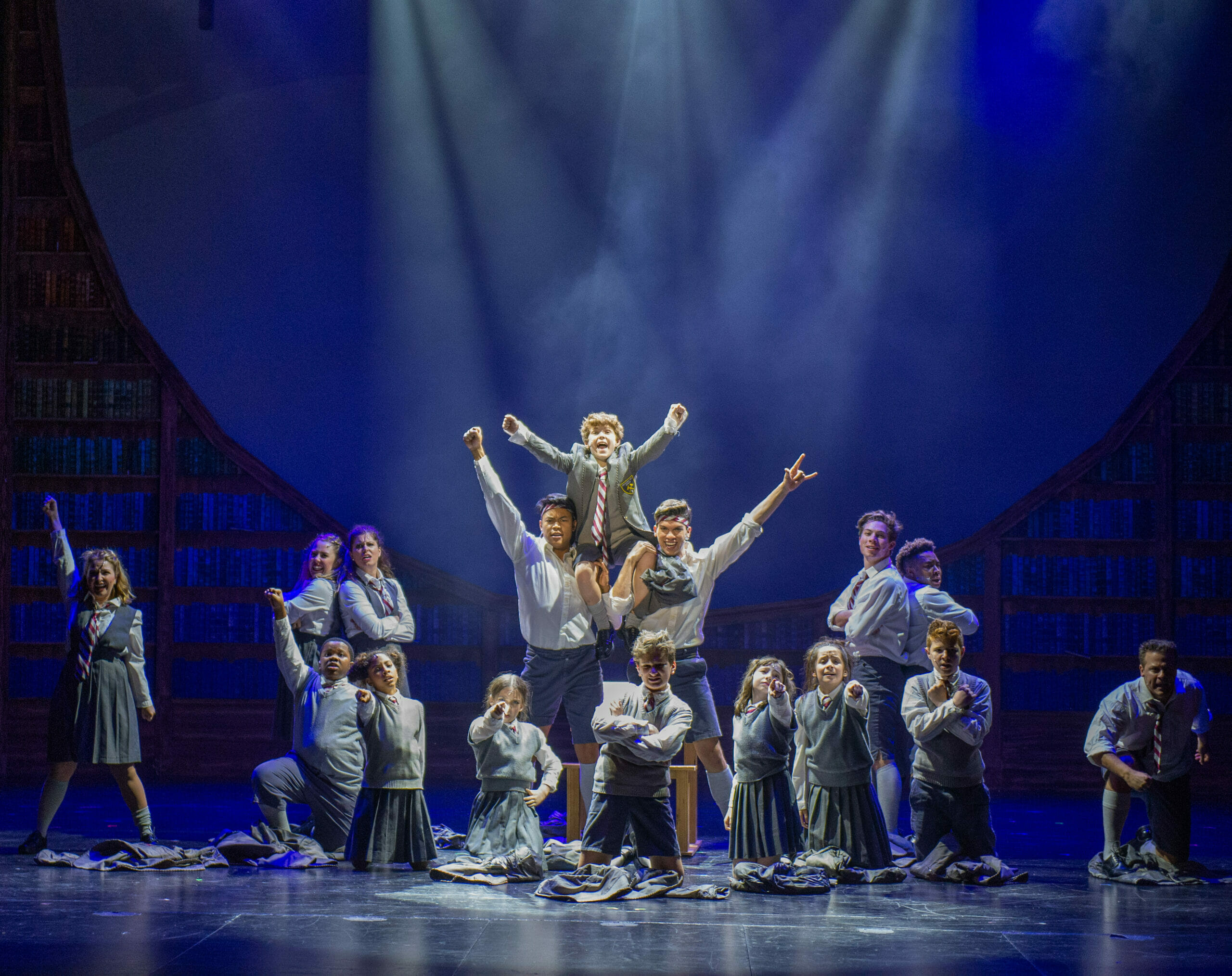 Slow Burn Theatre Company and the Broward Center for the Performing Arts invite audiences to the Tony and Olivier Award-winning Matilda: The Musical presented by American National Bank, Friday, March 25 through Sunday, April 10, 2022. The musical received widespread critical acclaim and earned seven Olivier Awards, including Best New Musical in 2012 – the most awards ever won by a single show at the time- and also received five Tony Awards in 2013 including the Tony for Best Book of a Musical. The score was written by composer Tim Minchin and features the well-known hit, “When I Grow Up.” It  was adapted by Dennis Kelly, based on the book, Matilda by Ronald Dahl and directed by Patrick Fitzwater. Additional orchestrations and music by Chris Nightingale.

The Tony Award-winning Roald Dahl’s Matilda: The Musical is a captivating masterpiece from the Royal Shakespeare Company that revels in the anarchy of childhood, the power of imagination and the inspiring story of a girl who dreams of a better life. Matilda has won 47 international awards and continues to thrill sold-out audiences of all ages around the world. Packed with high-energy dance numbers, catchy songs, children and adults alike will be thrilled and delighted by the story of the special little girl with an extraordinary imagination.

“Matilda: The Musical in both its casting and selection is in keeping with Slow Burn’s mission of bringing highly acclaimed but lesser known theatre productions to South Florida,” says Director, Patrick Fitzwater. “There is so much talent here and we are thrilled that they have a place to showcase that talent in works like this.  And, It is always a thrill to select incredible actors, like Saheli Khan, who are less predictable to play roles like Matilda.”

The original choreography is by Peter Darling and is licensed for Slow Burn Theatre’s production. Musical Tracks by The MTPit.

The Broward Center 2021/2022 season is generously underwritten by the Broward Performing Arts Foundation. AutoNation, Bank of America, Greater Fort Lauderdale Convention & Visitors Bureau, MasterCard and Sylvester Comprehensive Cancer Center are proud sponsors of the Broward Center. Programs are also sponsored in part by the State of Florida, Department of State, Division of Arts and Culture and the Florida Council on Arts and Culture.

Madeleine Peyroux at The Parker on May 6