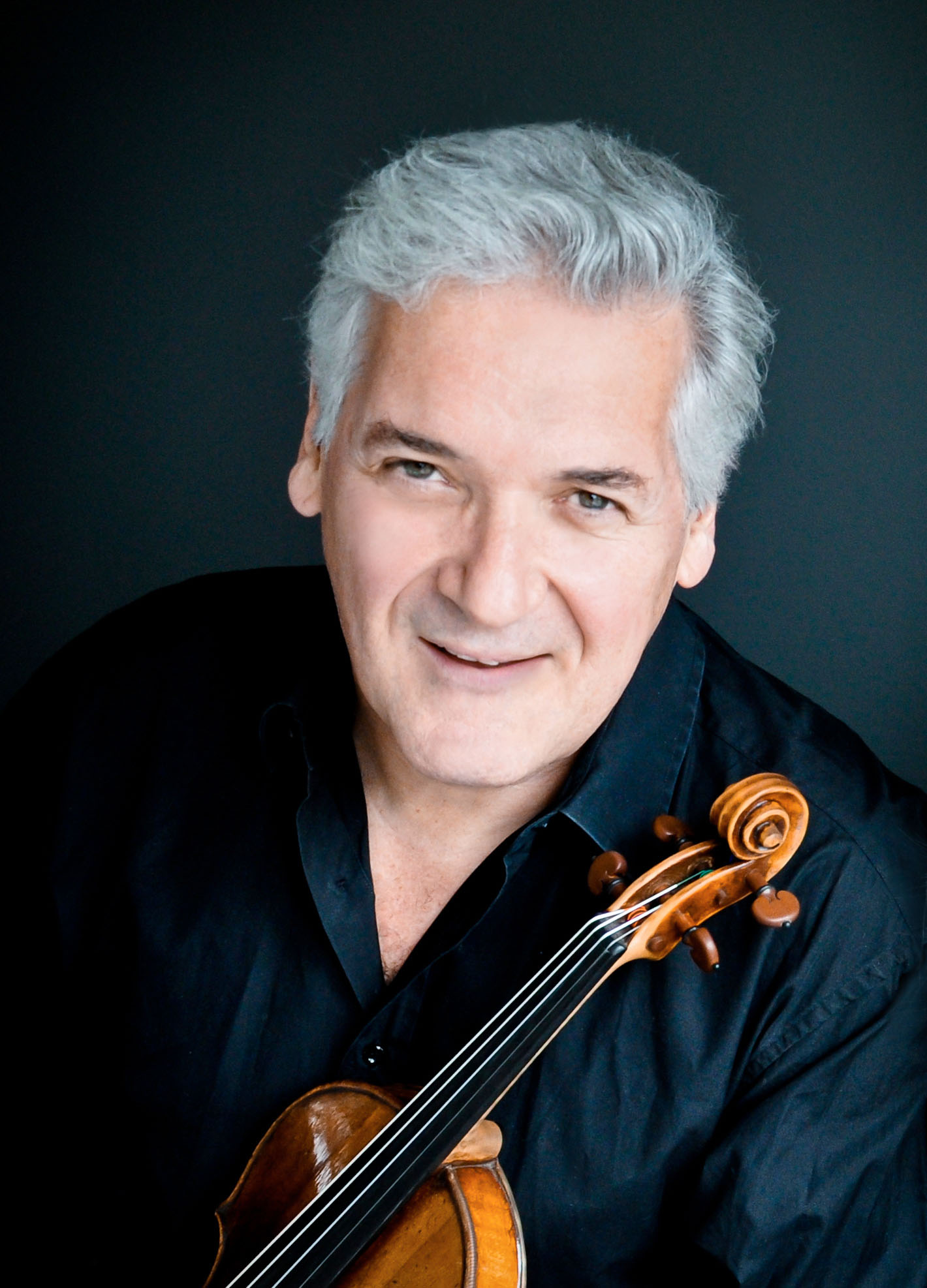 When Palm Beach Symphony Music Director Gerard Schwarz decided to program each of the 2020/21 Masterworks Series concerts as a special event as part of his first full season on the podium, he turned to an old friend from his high school days to launch the series. National Medal of Arts honoree and violin virtuoso Pinchas Zukerman performs Beethoven on Sunday, January 24 at 3 p.m. in a concert livestreamed from the Kravis Center for the Performing Arts.

“It has been my great honor and extreme pleasure to have collaborated in concert with Pinchas Zukerman on numerous occasions and it is always a unique and thrilling experience for myself, the musicians and, ultimately, the audience,” Schwarz said. “The artistry and deep understanding he brings to his playing promises to make this an unforgettable opening to the Masterworks Series.”

Zukerman will be performing Beethoven’s Violin Concerto in D Major, Op. 61 in a tour de force program celebrating that composer’s 250th birthday. The Symphony delivers two of the composer’s dramatic works inspired by the battlefield as it performs the Coriolan Overture conveying the bold courage of a warrior and the emotions of the women who love him along with the joyous Symphony No. 7 portraying an exuberant end
to war.

Renowned as a virtuoso, Zukerman is admired for the expressive lyricism of his playing, singular beauty of tone and impeccable musicianship, which can be heard throughout his discography of more than 100 albums, which garnered two GRAMMY® awards and 21 nominations. Featured in numerous television specials, he appeared with the Chicago Symphony on the PBS special Mozart by the Masters. In 2004, the CBC recorded a 10-segment series entitled The Concerto According to Pinchas, which continues to be broadcast and rebroadcast around the world. A frequent performer on Live from Lincoln Center, Zukerman has collaborated with the English filmmaker Christopher Nupen on several projects including the Here to Make Music series, a Brahms series, a Schubert series and a documentary on Nathan Milstein.

Born in Tel Aviv, Zukerman came to the United States where he studied at the Juilliard School with Ivan Galamian as a recipient of the American-Israel Cultural Foundation scholarship. Crossing Bridges, a documentary by Niv Fichman, followed his tour to the Middle East with the NAC Orchestra, and was awarded the prestigious Gold World Medal at the 2001 New York Festival.

With a celebrated career encompassing five decades, Zukerman has received international critical acclaim. The Los Angeles Times lauded, “Zukerman again seemed the forever-young virtuoso: expressively resourceful, infectiously musical, technically impeccable, effortless. As usual, it was a joy to be in his musical company.” Maestro Schwarz is also the Music Director of the All-Star Orchestra, Eastern Music Festival and Mozart Orchestra of New York. Additionally, he is the Conductor Laureate of the Seattle Symphony Orchestra and Conductor Emeritus of the Mostly Mozart Festival. His considerable discography of more than 350 albums showcases his collaborations with some of the world’s greatest orchestras including The Philadelphia Orchestra, London Symphony Orchestra, Berlin Radio Symphony Orchestra, Orchestre National de France, Tokyo Philharmonic, Los Angeles Chamber Orchestra, New York Chamber Symphony and Seattle Symphony Orchestra, among others. Also in South Florida, he is the Distinguished Professor of Music, Conducting and Orchestral Studies at University of Miami’s Frost School of Music and Music Director of the Frost Symphony Orchestra. In 2017, The Gerard Schwarz Collection, a 30-CD box set of previously unreleased or limited release works spanning his entire recording career was released by Naxos. The first American named Conductor of the Year by Musical America, Schwarz has received hundreds of honors and accolades including seven Emmy Awards, 14 GRAMMY nominations and eight ASCAP Awards.

The Masterworks Series continues with guest pianist Vladimir Feltsman on Sunday, March 21 at 3 p.m.; guest cellist Julian Schwarz Monday, April 19 at 7:30 p.m.; and guest pianist Alexander Toradze Saturday, May 22 at 7:30 p.m. The Symphony hopes to perform the remainder of the season at the Kravis Center as a mix of livestreaming and select seating.

All dates, times, programs, artists, venues and ticket prices are subject to change without notice.

Virtual passes and in-person tickets to individual concerts in the Masterworks series are $30 with four-concert subscriptions available for $100. Tickets are available online at www.PalmBeachSymphony.org and by phone at (561) 281-0145.

Timothy Hart and The 2020 SMART Ride