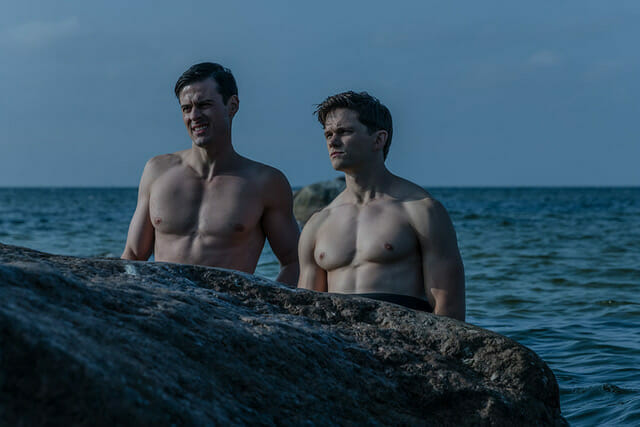 The 13rd Annual Fort Lauderdale Edition of OUTshine LGBTQ+ Film Festival will take place October 14 to October 24, with an opening night celebration at the Museum of Discovery & Science.  The opening film will be Firebird, a touching and romantic story about two Soviet Air Force pilots who navigate the precarious line between friendship and a forbidden love.  It will screen in the museum’s IMAX theatre, followed by a party in the museum’s Aviation Exhibit.  Firebird’s director, Peeter Rebane, will be in attendance for the opening night celebration, along with talent from the film.

Additional highlights for the week include Finlandia, a thought provoking film about people who view themselves as a third gender; Gemmel & Tim,  the true life story of two black gay men found dead at different times in the home of a politically and financially influential gay white man; and No Straight Lines:  The Rise of Queer Comics, about an under-presented aspect of queer culture that is finally get the attention it deserves with the success of the graphic novel turned Broadway musical, Fun Home.  Additionally, OUTshine LGBTQ+ Film Festival Fort Lauderdale Edition will present a special screening of Mayor Pete, the documentary that follows Peter Buttigieg from the campaign trail to his cabinet position in the Biden administration.  The screening will take place Saturday, October 16th with an after party at the Westin Fort Lauderdale Beach Resort Sky Terrace.

“Films made for an LGBTQ+ audience are not the same as those made for a mainstream audience,” says Victor Gimenez, Executive Director of OUTshine LGBTQ+ Film Festival.   “Attendees will see their stories projected on the big screen.  They will experience their own history as told and shared by members of the LGBTQ+ community.”

While last year’s OUTshine LGBTQ+ Film Festival Fort Lauderdale Edition was online, this year’s festival is a hybrid event with 35 physical screenings and 39 virtual.  “It was important to offer as many in-person events as possible,” continues Gimenez.  “OUTshine was built as a communal experience.  What I mean by that is it is an opportunity for the community to gather together to watch the same story, share the same experience, and then discuss our thoughts and feelings with one another.”

The organizers recognize that some in the community may not be comfortable with attending in-person screenings, or may be restricted to do so because of health concerns.  For them, 30 of the 35 theatre screenings will be available for at home screening.  OUTshine LGBTQ+ Film Festival Fort Lauderdale Edition is also presenting another 9 virtual-only screenings.

Tickets for all films being screened at the 13th Annual Fort Lauderdale Edition of the OUTshine LGBTQ+ Film Festival are available now www.outshinefilm.com.   A special 10-pass is also available for $75 — a $45 savings!  Follow on Facebook @OUTshineFilmFestival, on Twitter @OUTshineFilm and on Instagram @OUTshineFilm.