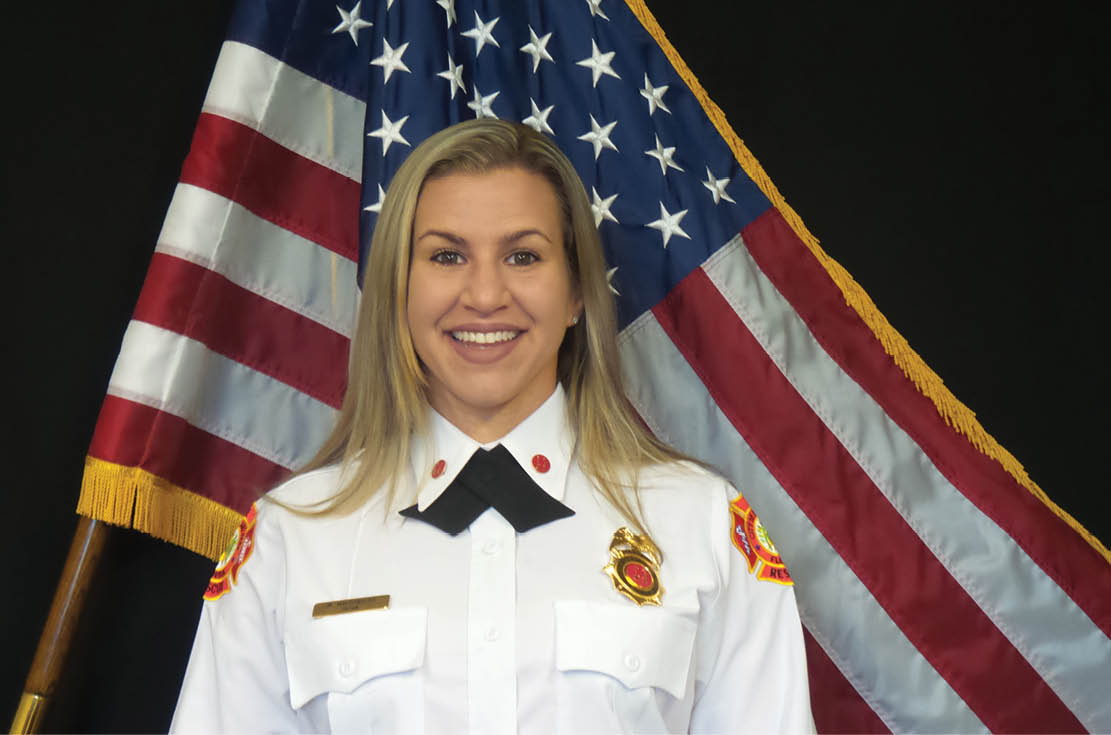 Chief Maldonado’s new badge was officially pinned to her uniform by her father with her family on hand for the promotional ceremony.

Her achievements also include a Bachelor’s degree in Public Administration from Barry University and acceptance in their Master’s Program (first in her family to receive a college education). She is certified as both Fire Officer II and Fire Instructor II, and she is a Live Fire Instructor, ALS, and BLS Instructor, and a member of the faculty at Broward Fire Academy.

The American Red Cross awarded Chief Maldonado its National Humanitarian Award for her relief efforts to the Florida Keys and Bahamas after Hurricane Irma in 2017.

“I am incredibly proud of the achievements of Battalion Chief Maldonado and Chief Krivjanik’s commitment to equality and diversity among his rank and file,” said City Manager David Hebert. “Taking a moment to celebrate true accomplishments and achievement is something we long for.”

“Congratulations to the City of Oakland Park to ensure you have diversity and inclusion in your Fire Department,” added Broward County Mayor Dale Holness.

Broward County Commissioner Lamar Fisher attended the ceremony and remarked he was “honored to be able to witness history.”

Representatives from the cities of Fort Lauderdale and Margate were also in attendance.

According to “Women in Fire,” approximately 6,200 women currently work as full-time firefighters and officers in the United States. Several hundred hold the rank of lieutenant or captain, and only about 150 are district chiefs, battalion chiefs, division chiefs, or assistant chiefs.