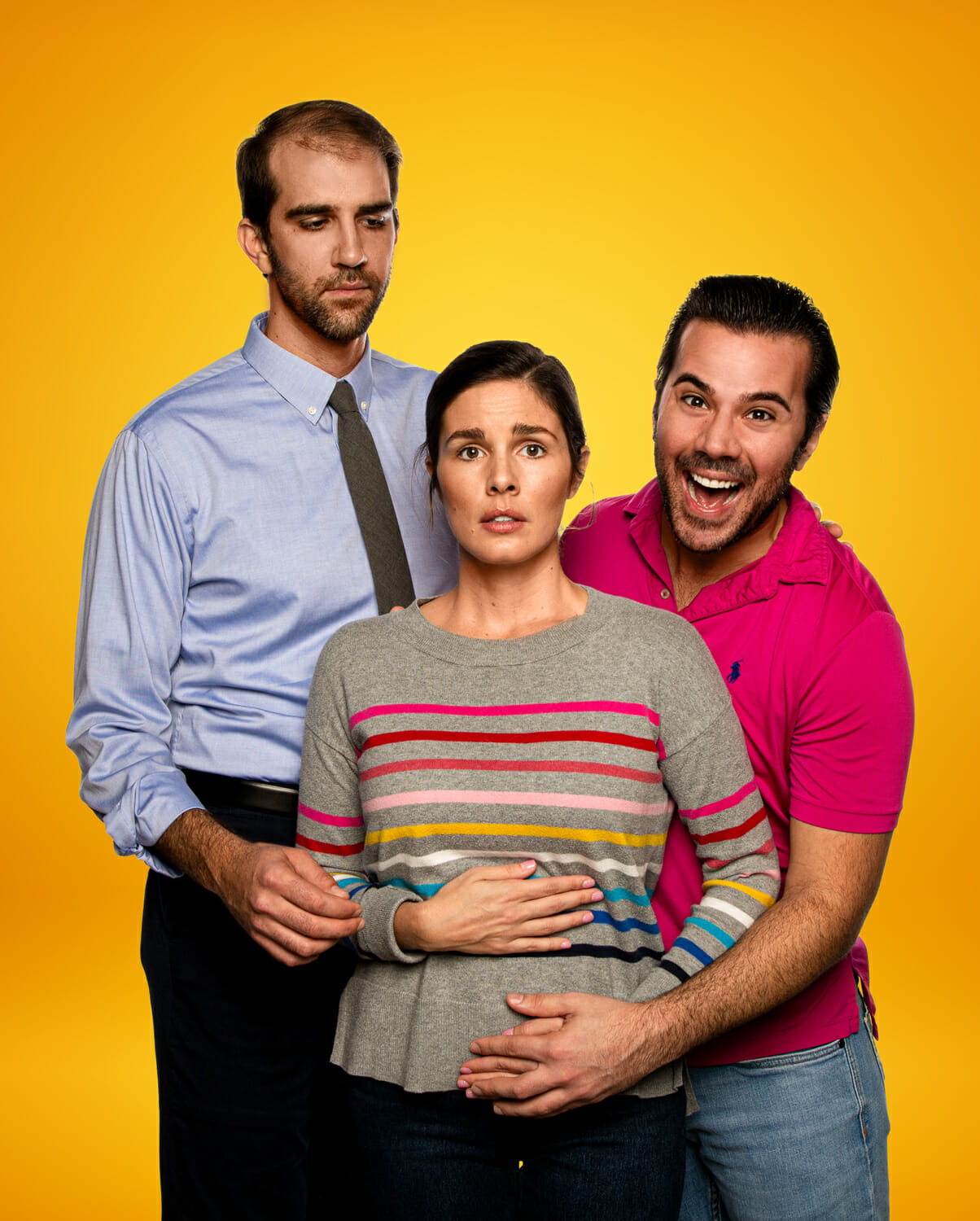 Tara, a young, lonely woman, drops out of college unbeknownst to her mother and becomes a surrogate for Gabriel and Elliott, a well-established gay couple. Suddenly, Tara finds herself carrying not only their future child, but a terrible secret as well.

Hannah Manikowski’s new play, “Compensation”, is a dialogue about the complex systems that coerce women into outsourcing their bodies for income, the ethical implications of couples purchasing access to those bodies, and the profound yearning for family that drives these people to entangle themselves in these systems in the first place. The play is receiving its world premiere at Island City Stage, opening February 5th, 2021 first with two weekends of live performances and then, a week later, on video.

“When Covid-19 first hit I decided to spend some of my then-abundant free time reading new plays, said Artistic Director Andy Rogow.  “I went on to the National New Play Network’s New Play Exchange and one of the first scripts I looked at was “Compensation”. I knew right away this was a play I had to produce. As many in the LGBT+ community seek to create families with children, I felt that this was an important story to tell.”

The inspiration for playwright Manikowski was clear. “Originally, I wrote Compensation as an exploration of the complex systems that coerce women into outsourcing their bodies for income paired with the ethical burdens men adopt when they purchase access to those bodies: a conversation I wanted to decouple from sex work. As my process deepened, however, I really found the heart of the play was in the profound yearning for family that drives these people to entangle themselves in these systems in the first place.”

Hannah Manikowski is a Georgia-born, nationally recognized new play artist who holds a BFA in Directing from the School of Drama at Carnegie Mellon University. Hannah loves women in both the lesbian sense and the feminist sense, and she especially loves writing plays by, for, and about them. She is a 2020 O’Neill finalist and the winner of the 2018 – 2019 Judith Barlow Prize. Hannah is a proud alumna of The 24 Hour Plays: Nationals, Horizon Theatre’s Young Playwrights Festival, and the inaugural Tepper Semester Playwriting Program, where she studied under Antoinette Nwandu.

The cast of “Compensation” features Gaby Tortoledo as Tara, Stephen Kaiser as Gabriel and Israel Vinas as Elliot. The Island City Stage design team all return for this production with Dean Landhuis designing the sets and lighting, W. Emil White on costumes and David Hart on sound.

“Compensation” will open on Feb. 5. Live performances will be on Feb. 5, 6, 11 and 13 at 8:00 pm and the 7th and 14th at 5:00 pm. All performances are at Island City Stage, 2304 N. Dixie Hwy in Wilton Manors. For patron safety, Island City Stage is operating at fifty percent capacity. Temperatures of all patrons are taken upon entrance to the theater and masks are required to be worn by patrons and staff throughout the performance. For tickets for either live or video performances go to IslandCityStage.org

The 25th Annual Bank of America Wine, Spirits and Culinary Celebration at MODS will take place on Friday, March 11, 2022