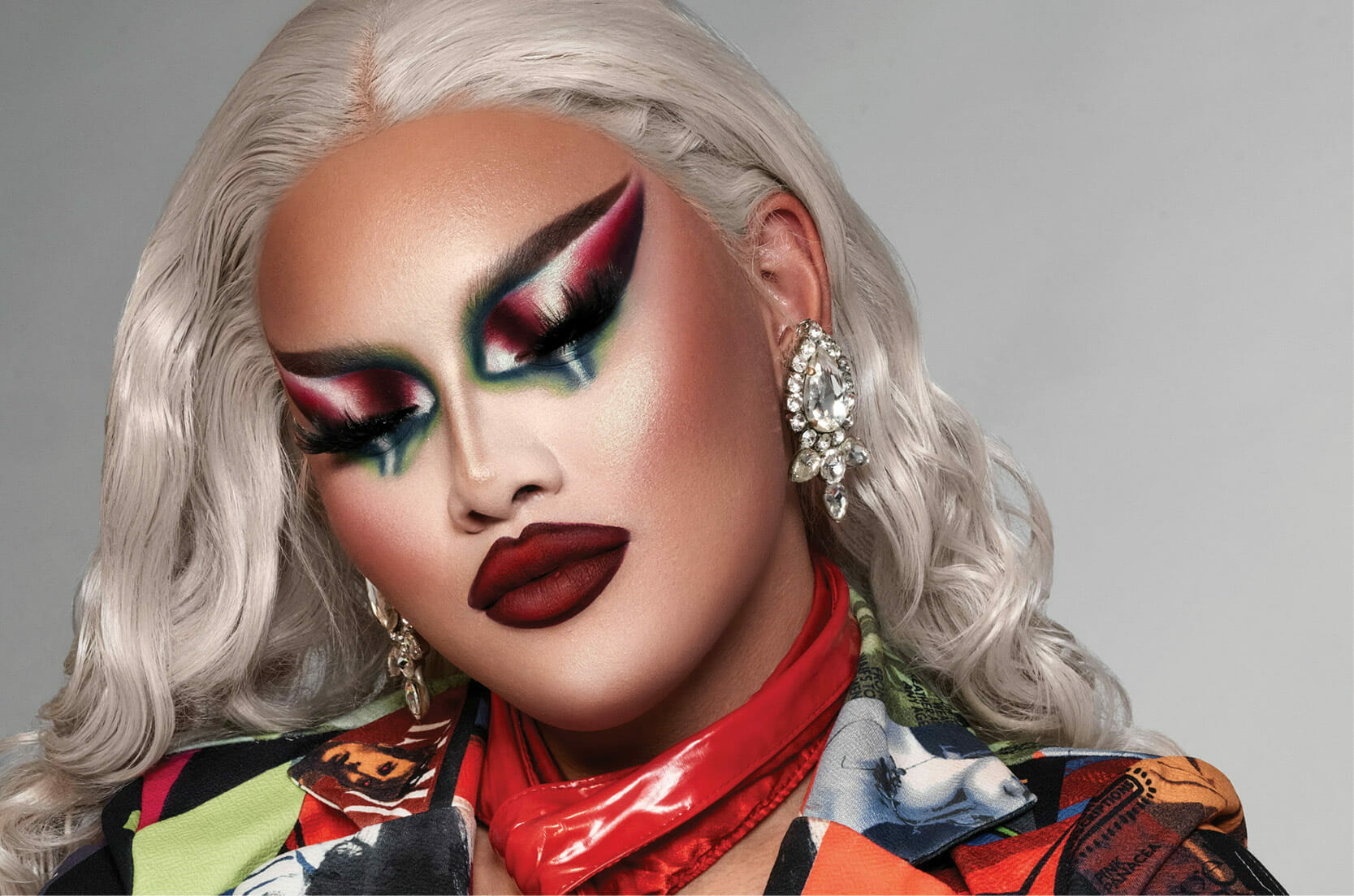 Photo by by David Martinez

Although FKA Twink likes to focus on her looks, she is not afraid to be camp, ugly, or different. She has no problem stepping outside of the box. Originally from Nicaragua and moving to Miami at 12 years old, FKA Twink is now an up-and-coming South Florida drag artist who can be seen every Tuesday night at Georgie’s Alibi Monkey Bar in Wilton Manors. Earlier this year, she took on her first-ever major gig at Alibi, hosting the weekly RuPaul’s Drag Race viewing party. FKA Twink took some time to answer some questions for OutClique.

Denny Patterson: Can you begin by telling us how long you have been doing drag?

FKA Twink: I have been doing drag for about four years now. I started really, really young. I started when I was 17 and could barely get into clubs [laughs].

DP: When did you discover that drag was your passion?

FKA: I was first exposed to RuPaul’s Drag Race when I was either 14 or 15, and I was like, this is cool! Then I started doing makeup and realized that I just loved the whole aspect of fashion, hair, and makeup. That led me to wanting to start drag, and I loved it.

FKA: Yes, I perform a lot on Tuesday nights. I am a resident girl. We have a show called Fresh Faces, and it is focused on bringing new talent forward and giving new girls a platform to perform. We like to shine a light on these up-and-coming drag queens, and we will have themed nights, like Lady Gaga Night, Shakira Night, Doja Cat Night, etc. Fresh Faces is also hosted by my two best friends, Morphine Love and Kat Wilderness.

DP: Hosting the RuPaul’s Drag Race viewing party at Alibi is your first major gig. What have you enjoyed the most about it?

FKA: When I got the gig, I wasn’t sure what to expect. Although I have been a resident girl for the past two years with Fresh Faces, there is a brand new crowd coming every night for Drag Race. It was kind of challenging because you don’t know how people are going to react. You don’t know if they are going to like you, if your jokes are going to land, if they have the same humor as you, or even if they are going to pay attention to you. Sometimes, people just want to watch the show, but you want to engage with the crowd and get to know them. Meeting new people is what I have enjoyed the most about this hosting gig. I get to push myself to meet new people that are not necessarily in my friend group, and these people have all walked different parts in life. There are a good number of people who are older than me. So, I like getting to know them, and them getting to know me.

DP: Have you ever auditioned for the show or have any desire to?
FKA: I have not, just because I am such a crazy perfectionist, I don’t think I am ready yet, but I am going with the flow. Maybe one day I will decide, why not? Let’s do it.

DP: Some people believe that the show has become too mainstream and it’s ruining the art of drag. What are your thoughts on this?

FKA: The one thing I think the show has done, at least in the past, and it is now changing, but the show has put drag in a box. You really couldn’t do drag without being compared to a RuPaul’s Drag Race queen, and it was super annoying. You couldn’t do drag because, let’s say, you weren’t a man. There was the whole notion that you had to be a man to do drag, and I personally believe that anybody can do drag. That belief was put out there for such a long time, and it literally started to change with the last couple seasons. RuPaul is making a change and allowing more trans contestants, and the Drag Race UK franchise had its first-ever cisgender woman. Fortunately, people are now beginning to change their thoughts on what drag was.

DP: What do you love the most about drag and performing?

FKA: I just really love performing and meeting new people. I also enjoy the thrill of not knowing whether people are going to understand my drag or not. You may be completely confused, or you may be completely obsessed. I am always coming up with something new, and I always look forward to audience reactions.

DP: What makes FKA Twink stand out from the hundreds of other South Florida drag queens and female impersonators?

FKA: Well, my makeup is probably a thousand times better than most people [laughs]. I know I am young and part of a new generation, but I have what it takes. I’m funny, I have looks, and I am not a showgirl queen, which honestly, makes me stand out a lot in the South Florida scene. I put a lot of work into my numbers and the things that I come up with. Whenever I complete a set and people are like, ‘FKA, you’re so crazy,’ that is a compliment to me.

DP: What are some of your interests outside of drag?

FKA: Wow, that is probably the toughest question you’ve asked. I guess I would consider myself a makeup artist. I have done makeup for other performers, some stripper girls, and quite a few others. I enjoy transforming people.

DP: What are some future goals you would like to accomplish with drag?

FKA: Right now, my goal is to travel and do shows all over America. It is slowly, but surely, happening. I am getting there. I did Philadelphia and New York not too long ago, and I will be going to L.A. in November. So, we are getting there. I would also like to work and perform at music festivals like Lollapalooza one day, and I would love to be in some makeup campaigns. Be the face of something, or possibly even create my own makeup brand. I don’t think there is a limit as to what I want, so I am just going to keep pushing myself forward and see where it all takes me.

Stay up-to-date and connect with FKA Twink by following her on Instagram @fkatwink.