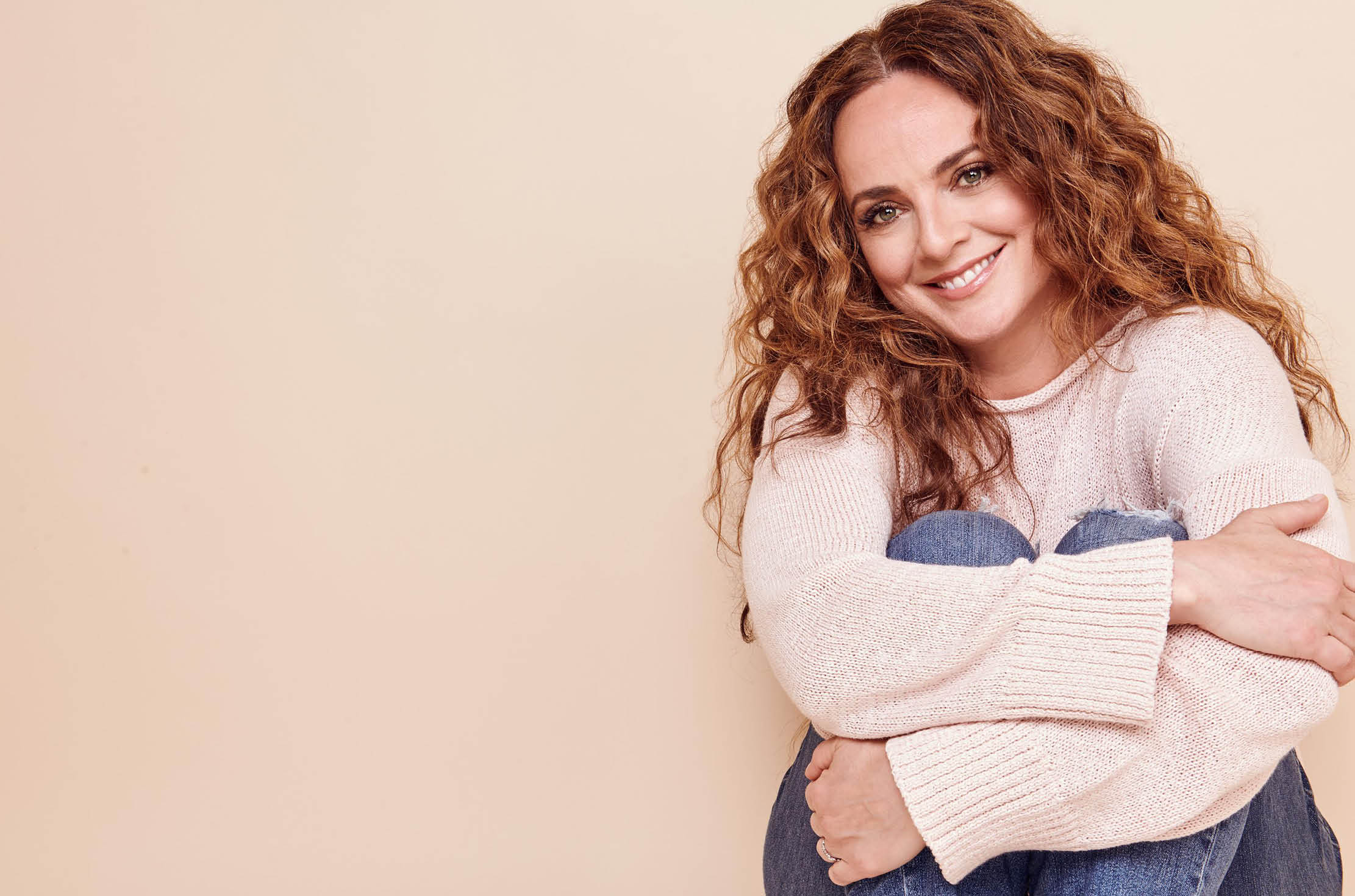 An Interview with Melissa Errico

Actress and singer Melissa Errico has had a professional, musical love affair with the late composer Michel Legrand since she was a child. Legrand’s music was played in her parents’ house while she was growing up. She received a Tony Award-nomination for her portrayal of Isabelle in Legrand’s 2002 Broadway musical Amour. Errico’s 2011 album Legrand Affair (Ghostlight), a musical celebration of and collaboration with Legrand, was reissued in a deluxe edition in late 2019, a few months after Legrand passed at the age of 86.

Gregg Shapiro: Melissa, I’d like to begin by expressing my gratitude to you for recording Joni Mitchell’s song “Night Ride Home” on your 2003 debut album Blue Like That. I’m grateful to you for recording something from Joni’s later catalog instead of something from her early 1970s albums as many other singers tend to do. Why did you choose that song?

Melissa Errico: My brother (Mike Errico), who is a very innovative singer/songwriter, was a big influence at that time on that record. He’s a professor in songwriting at the Clive Davis Institute at NYU. He was always playing his guitar in his lap, doing very weird capos and tunings. He worshipped Joni Mitchell. A lot of my love and appreciation for her was not what was popular or mainstream. It was deep music to Mike and he was a big part of making that album. I credit him for putting me on to that and for being his own kind of pioneer. I was trying to bring a mix of singer/songwriter material to my vocalist and Broadway acting background. I think I took to it because it was a beautiful poem/story; the visual of the horse following the car. I was, at the time, looking for a way to deal with my first big heartbreak. We were drawn to the imagery and drawn to Joni as a songwriter. The song is beautiful.

GS: In 2011, you released the collaborative homage album Legrand Affair which was reissued in a deluxe edition in 2019, a few months after the passing of composer Michel Legrand. Is there an especially fond memory that you have from your creative relationship with Michel that you would like to share with the readers?

ME: I wrote the eulogy for Michel Legrand in the New York Times. This big appraisal of Michel is what got the reissue rolling. My father was a concert pianist who was drafted to Vietnam. He was obsessed with Michel Legrand’s music. When you think about Legrand, it’s actually period music; most of it comes out of the 1960s. My parents were bonded by the (Legrand) song, “I Will Wait For You” which was like an anthem for people separated by the Vietnam war. That song resonated with Americans. When I was growing up in the `70s, Michel Legrand was played in our house. My father would relax playing Michel’s music. The music was so dreamy and languorous and seductive. My relationship with Michel started in my parents’ house. When I was in my early 30s I got the audition for (the Michel Legrand musical) Amour on Broadway. I was living in Hollywood and had been in Broadway and off-Broadway musicals and had done tons of television and film. I had this Hollywood manager who was perplexed that this fax came through about an audition in New York for this new musical. James Lapine is the director and they wanted me to fly all the way to New York to audition. I looked at the paper and it said “Music by Michel Legrand.” I said, “Michel Legrand wrote a musical?” My manager turned to me and said, “I know! I love her!”

ME: I fired her, yes. I didn’t fire her right that second, but yes. I went to New York and I got the part. I was in the room with Michel Legrand. It didn’t take him 24 hours before he realized that I knew everything about him. I didn’t just know it, I loved it. I had a wonderful working relationship with Michel. I got to know him well. I did his play. We did the original (2011) Legrand Affair album. I was slow in getting it done. We recorded the initial tracks in 2005, but didn’t release it until 2011. It was because I had three children. I also had a lot of people giving me their two cents about the orchestrations. In the long run, long before Michel died, I decided to defend his eccentricity and let it blaze. It got wonderful reviews, but I’m sure it confounded people. It’s funny, you know what he was inspired by? He was inspired by Joni Mitchell’s album with strings.

ME: You have a very good sensibility – I had never thought about that! Also the Shirley Horn album Here’s To Life. Those were his two inspirations from his sensibility toward me. He thought I was like folk meets Ravel meets jazz. I just reissued Legrand Affair with the demos, the practice sessions that led up to the recording.

GS: In March 2020, you will be performing Amour & After – Melissa Errico Sings the Music of Michel Legrand at the Broward Center in Fort Lauderdale.

ME: The show I am bringing to Florida is a written show. It has commentary in it that I hope is funny and philosophical. I’ve been doing shows lately that have a through-line, a script. I’ve heard people call it a “cabaressay.” It’s the talking, as well, that get people excited. It’s co-written by Adam Gopnik, this writer from The New Yorker.

GS: We are speaking on the morning of the Academy Award nominations. In his lifetime, Michel Legrand won three Oscars and received 10 nominations. Do you think the days of Legrand style movie theme songs are a thing of the past or that they might come around again?

ME: I love that you asked that. I don’t see it as nostalgia or a period piece to sing his music. His music is about a lot of things. One of them is sensuality without sexuality. When I do “His Eyes, Her Eyes” from The Thomas Crown Affair or “The Summer Knows” from The Summer of `42, it’s not just about sexuality. It reminds you that at that time it wasn’t just a grab ’n’ go culture. Things took time. It’s a reflection of permanent values that people loved.

GS: As a performer with a long history on the Broadway stage, I was wondering if you have an awareness of a following in the LGBTQ+ community, and if so, what does that following mean to you?

ME: When I go to Provincetown or a place like that, I have a little more fun. I talk about my sex life more. I feel a little more comfortable in my body. I feel supported right there. For having highs and lows and having been through things and still putting on the tight dress. Being a mother and being a showgirl and never wanting to make a choice between those things. I feel understood in a different way than if it was a more conservative crowd where I wouldn’t want to share everything about myself, even if I don’t say it in words. I feel accepted and relaxed. Do I have a following? I certainly hope so!

Melissa Errico performs at 7 pm on March 8, 2020 at the Amaturo Theater at The Broward Center in Fort Lauderdale.