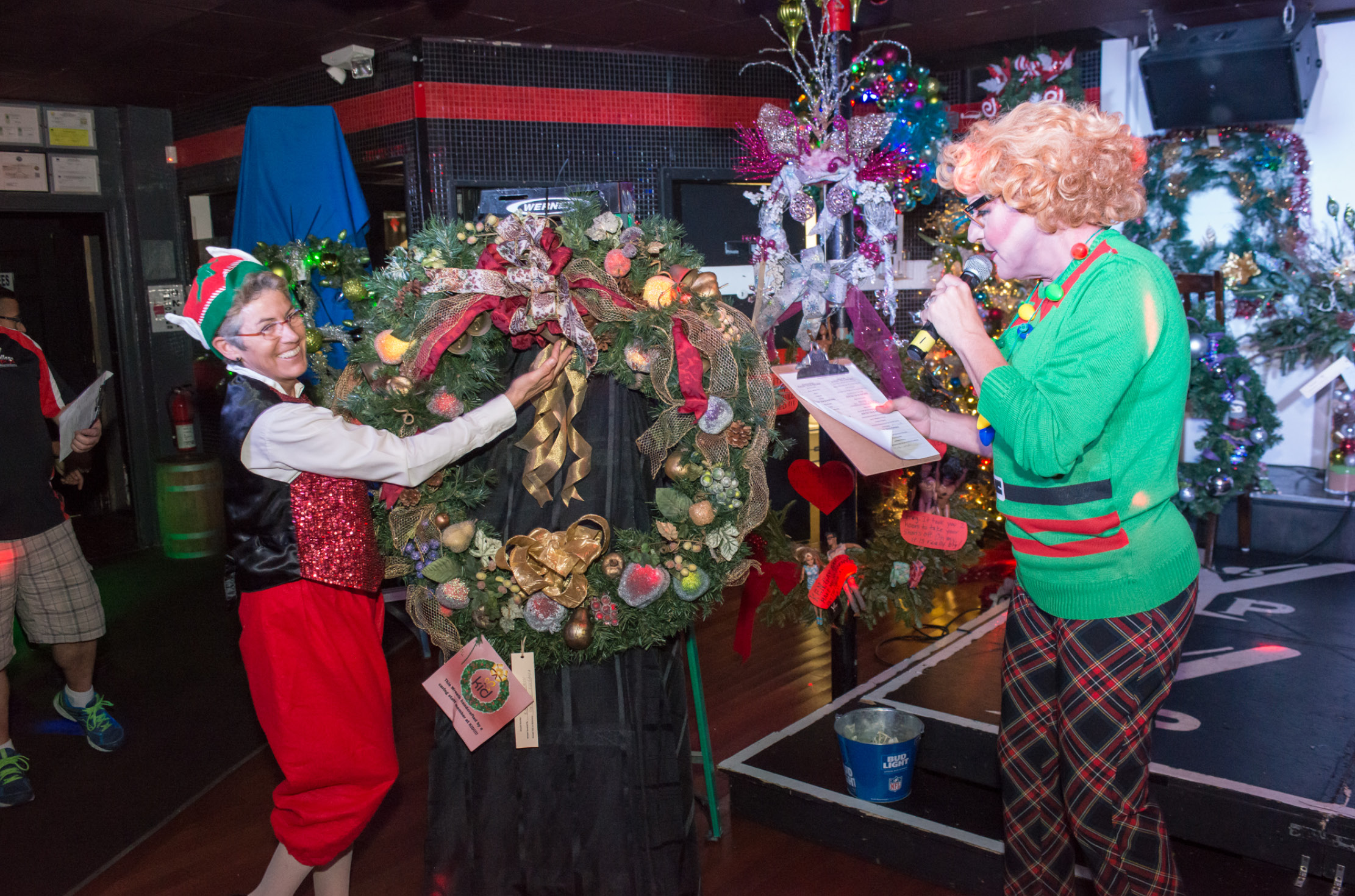 Forget decking your halls with boughs of holly. This year you can deck your halls, your walls, and your doors with imaginative, one-of-a-kind wreaths. The Pub on Wilton Drive is getting in the holiday spirit by holding its annual wreath auction. Now in its sixth year, The Pub is getting ready for the biggest event yet, with a wreath for just about any holiday mood.

“It ranges everything from campy to really fancy, to just middle of the road nice, decorative, classy wreaths,” Tim Barton told me. He’s the one who brought the idea home to The Pub after being inspired out west. “Seven years ago I moved back here from California. There was a bar out there that had a wreath auction that was very successful and raised money for charity.”

When Tim first got back to South Florida, a similar event was already being held. But a year later, that bar closed and The Pub created its own Christmas miracle and revived the event. And the community all the better for it. The money raised goes to Kids In Distress, an agency dedicated to the prevention of child abuse and the treatment of abused and neglected children. “Around Christmas time, it raised tens of thousands of dollars with beautiful wreaths that people created. It is just a beautiful thing during the holiday season to have those creative, unique, decorated wreaths.”

But it’s not all traditional greenery with holly and berries sprinkled in. This event can be naughty and nice. “There’s a little bit of campiness to some of them for sure,” Tim told me. “But for the most part I’d say they’re more the beauty and capturing the spirit of the season.”

Over the years, he says there’s been more than 100 wreaths hit the auction. One that stands out in Tim’s mind comes from a South Florida legend. “Pompano Bill created this wreath that was just huge. I’d say probably three feet across. And it was decorated in this beautiful ribbon. It was just elegant and beautiful.”

Pompano Bill was known for documenting the community in photographs. One year, he took his artistic vision to a new level and created a wreath. “I remember it being a little off green, so I ended up calling it A Very Chartreuse Christmas.”

But Tim says Bill’s legacy lived on beyond that Christmas. “After he passed away, the person who had bought that wreath wound up donating it to be auctioned again so we could raise more money for charity in his honor.”

Now don’t feel like you have to pick out just one and then keep it forever. This event is the embodiment of the saying that it’s better to give than to receive. “There have been some people that have bought two, three wreaths. And others who have just donated money and a few others who have donated them back to be auctioned off again.”

The 6th Annual Holiday Wreath Auction benefiting Kids In Distress goes down on December 5, 2019 the first Thursday of December. That gives you plenty of time to add it to your holiday decor.  People donating wreaths can start dropping them off on that Monday, December 2nd. The Pub’s dedicated elves will then start displaying them so you can preview the wreaths and get a feel for what you want to bid on.