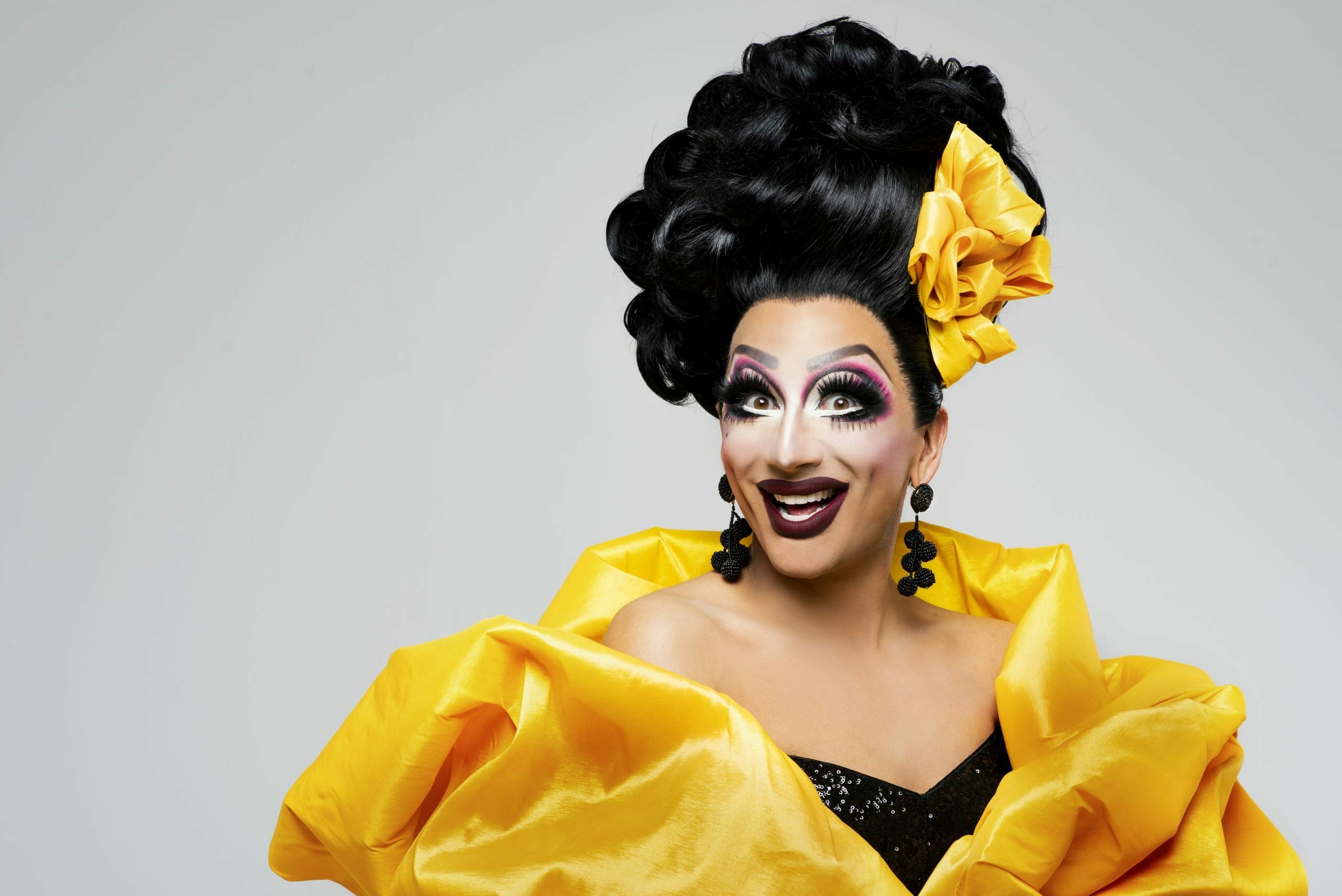 Could there possibly be a better way to spend one’s birthday than interviewing RuPaul’s Drag Race’s season six champion Bianca Del Rio? I’ll have to get back to you. But that’s precisely what I did in June 2021. We talked about her writing career, her success as a podcaster, how she passed the time while isolating during the COVID-19 pandemic, and, of course, about her new live show Unsanitized. Coming to a major metro area beginning in September and continuing through November, Bianca Del Rio promises her devotees a night of no holds barred barbs and laughs. Bianca Del Rio performs on October 18, 2021 at The Parker.

Gregg Shapiro: It’s nice to speak with you again, Bianca. The last time I interviewed you was in 2018 right before your book Blame It On Bianca Del Rio: The Expert On Nothing With An Opinion On Everything was published. Do you have plans to write another book, perhaps a novel this time?

BDR: When I was first approached about a book, I didn’t want to write about myself. So I got myself to give advice; because I thought unsolicited advice from a clown was appropriate. I don’t feel I’m at a place to talk about my life yet. So I’m not necessarily writing anything about me, but I wouldn’t be opposed to it. You’re going to laugh, but I was even thinking of doing a children’s book.

GS: That would be amazing! You should.

BDR: I have this story that’s been with me for quite some time that I thought would be funny. But currently, I’m not working on a book because I’m working on a new show. That’s been taking up my time, besides eating and drinking during quarantine.

GS: Blame It On Bianca Del Rio was an advice book. Are people still coming to you for advice, and if so, what’s the best piece of advice you recently gave someone?

BDR: I’ve been doing a new podcast called The Bianca Del Rio Podcast. In conjunction with that, I’ve been doing this show on the Stereo app with my friend, drag legend Sherry Vine, basically answering people’s questions. Similar to a radio show. Anyone can call in and ask us questions and for an hour we answer. As much as I would like to be snarky and hateful, I have to say sometimes I’m giving good advice [laughs]. I think it helps that I’m 150 years old! But recently a young person said they were interested in doing drag. Any tips? I said, “Don’t do it! It’s a trap! Look at me.” That’s my best advice: get a real job [laughs]!

GS: 2020 was something of a lost year with the world living in a pandemic panic. There seemed to be a lot of sourdough bread being baked. Did you bake any loaves of bread?

BDR: I did not. But I did start cooking crystal meth. No, I’m kidding [laughs]. I’ve got to say no, I did not make any bread. I’m not one of those. I’m not crafty in that way.

GS: What were some of the creative ways you found to make the time go by while isolating?

BDR: Drinking was important. Heavy drinking was really good, because I never usually drink at home. I usually drink at the expense of others at a bar or at a hotel mini bar. Also not wearing heels or wearing pants. That has saved my drag life. You can ask any drag queen during this pandemic. We’ve all been dressed from the face up, so that’s all people saw. That was truly a blessing in disguise. I was recently in Mexico doing a gig and I had to wear heels for the first time in a couple of months. I must tell you it was torture.

GS: You have titled your new show Unsanitized. Is that a reference to all of the handwashing and other cleaning extremes people were going through during the pandemic?

BDR: Pandemic-wise? Of course! But also we’re in a world now where we live in this PC culture. I think things were heightened while people have been home and no one was going anywhere. I feel I need to let you know in advance, in the title, it’s not gonna be Mary Poppins! I think that’s what’s important. Years ago with drag, people understood what drag queens did. We were usually snarky, cutthroat, funny, fishy people. Now, thanks to television, everybody’s supposed to be sweet, homogenized and love everyone. Well, that ain’t me!

BDR: Yes, you’ve been warned! Unsanitized is a broad enough title to give everyone an idea of what you’re walking into. Because there’s so much to talk about after 2020.

GS: Do you think it’s too soon for there to be a drag queen named Pam Demic?

BDR: Not at all! It’s never too soon. Bring it on!

GS: What are you most looking forward to about getting on stage in front of a live audience again?

BDR: It’s always just the live audience. That changes it. I think a lot of performers have figured this out because we’ve been doing a lot of stuff from home virtually,  whether it’s interviews or actual shows online. When you’re dealing with comedy, in particular, not having the feedback, not having the person there, not having the life in the same room with you, is really challenging. If you watch some of these talk shows, some of the skits they do, or the interviews, there’s a delay, there’s awkwardness. I’m just so looking forward to seeing people. And I hate people! I’m completely rehabilitated.

GS: We’re speaking in June, a month that is traditionally celebrated as Pride month with parades and festivals, some of which have been rescheduled for later in the year. Do you remember when you went to your first Pride parade and festival, where it was, and what the experience was like for you?

BDR: It gets very confusing for me because I’m from a place called New Orleans, Louisiana where we celebrate everything every damn day. Going back to my childhood, we had Mardi Gras, we had Halloween, we had Gay Pride. I must have been at least 18 or 19, if I remember correctly, but in New Orleans it all becomes a blur. We have this other event called Southern Decadence, which usually falls at the same time as everyone else’s Pride, because it’s so hot in New Orleans they moved Pride to later in the year, in November at this point. Southern Decadence usually happened in August. I remember at 20 being in drag on the street and that had been the beginning and the end of my entire life. That’s what I remember.  I don’t know what we were celebrating, but I was drinking! Giving our Community the Gift of Immunity, One Step Closer to Health Equity.