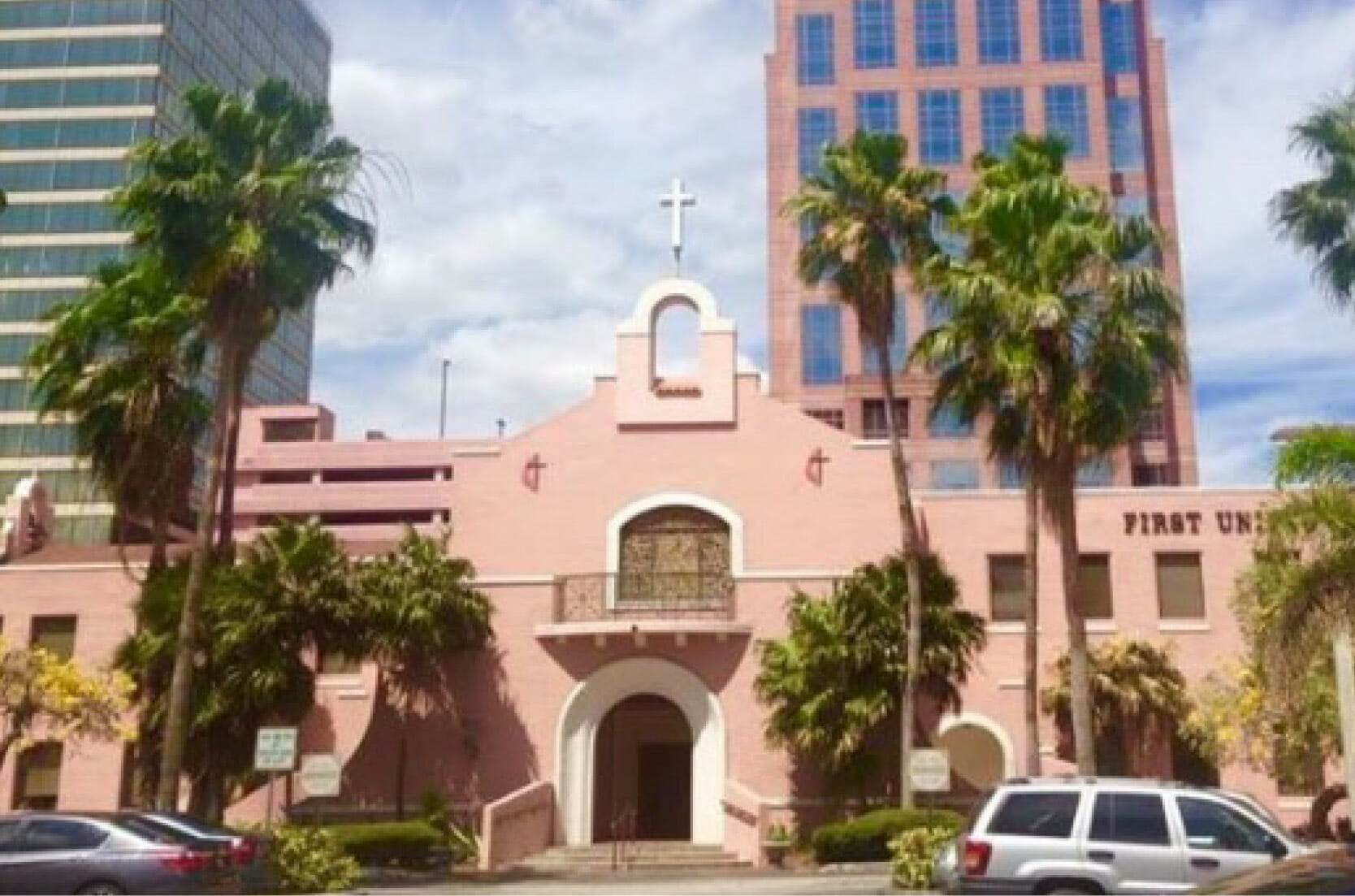 The United Methodist Church (UMC) is the second largest Protestant denomination with approximately 80 million members across the world and 12 million in the United States. General Conference occurred in February to discuss and vote on language related to human sexuality in the church’s official guidebook called, “The Discipline.” Some United Methodists are grieving after a narrow margin vote which was hotly contested preserved a statement which excludes LGBTQ persons from ordination and marriage in the UMC.

Pastors, Bishops, and leaders wanting to convey love, inclusion, and respect have been working overtime to seek ways to boldly proclaim opposition to this decision. Church leaders gathered to own and to celebrate their church’s diversity and inclusion of all. “We are a diverse and inclusive congregation in the heart of Fort Lauderdale committed to serving our Lord Jesus Christ through passionate worship, intentional discipleship, and engaged mission work that embodies the good news of Jesus to all.”

Congregations, conferences, districts, Boards of Ordained Ministry, and Methodist University and seminary presidents decided to make statements, take out ads and send in articles to local papers and print media, as well as post inclusive signage on their properties.

Delegates cast 384 votes for the more inclusive One Church Plan, promoted by a majority of the U.S. delegation and bishops, yet the Traditional Plan passed with 438 votes. Under this legislation clergy who officiate a same sex marriage ceremony would be suspended without pay for one year.

Methodists across the connection are bearing witness to the way they reach out in ministry to all persons. The executive committee of the UMC in Germany issued a letter stating that the Traditional Plan is “not acceptable for our church.”

In a document called “The Michigan Statement” these words appear, “We stand ready to chart a way forward for United Methodism. Now is the moment to unite in confessing the harm we have done…covenanting to faithfully keep our baptismal vow to follow Jesus and resist evil, injustice, and oppression in whatever forms they present themselves and boldly sharing the good news of God’s abundant grace.”

Methodists sense the Holy Spirit moving in local communities. There is a movement underway to insist that All means All and that the church can play an important role at the local level to challenge this decision. Conservative voices thought that gaining members from conservative nations in the continent of Africa and Russia that are hostile to alternative lifestyle inclusion would make it easy to take the UMC in a more conservative direction. What they are finding though is a very vocal resistance to their efforts. God isn’t finished with this yet and neither is the UMC.

You Can Still Late File for Tax-Saving Exemptions for 2019