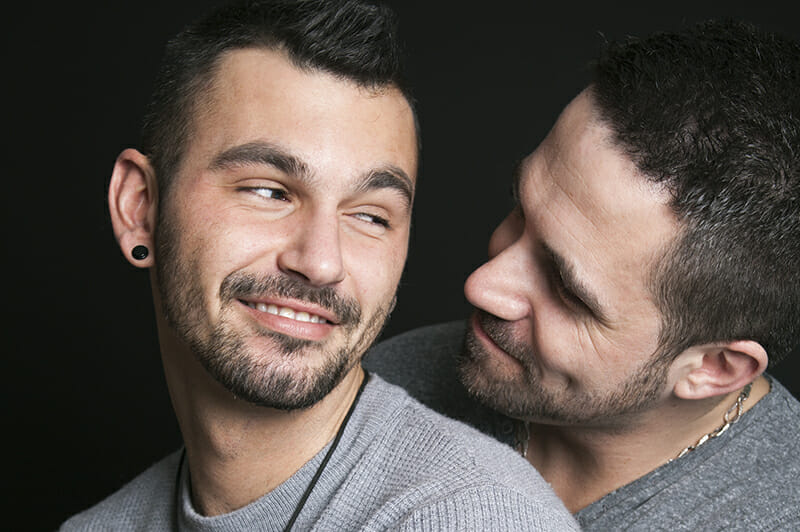 By Joseph A. Federico

In this day and age, especially when dating apps are all the rage (aren’t we sick of those yet?), people just don’t interact the way they used to in the good old days.

Long gone are the times of memorizing a love interest’s phone number, feeling the angst and anticipation with every press of a phone’s digit, and the lump that swells in your throat right before you hear the other man say, “Hello.”

So, how does one stand out from a crowd exactly, other than by wearing an over-the-top outfit that screams extra!

Or, if you are a flamboyant peacock strutting its stuff across a landscape, you know what we’re talking about, attention-grabbing man that you are!

With that being said and now that the seed is properly planted in your head, here are ten extraordinary pickup lines for the modern man. You may do with them as you wish, and hey, if they work, be sure to tell us about your experience.

We’re offering a mix of cheesy and well, potentially classy lines, with a built-in star system for your dating convenience and reference.

-“I notice you don’t have handcuffs on your wrists. Does that mean you’re here alone?”

On a scale from one to ten, this falls somewhere in the middle. We’re offering a five. By walking up to a dude and suggesting something a bit kinky, you’re saying you’re ballsy and have a dark side.

-“You look like a real man’s man. I’m on a diet and I’m not into Twinkies at the moment. Let’s talk.”

This pickup line lands you a nine. But, you’re also giving off the vibe that you love junk food and that says a lot about a person. Right? To each his own. 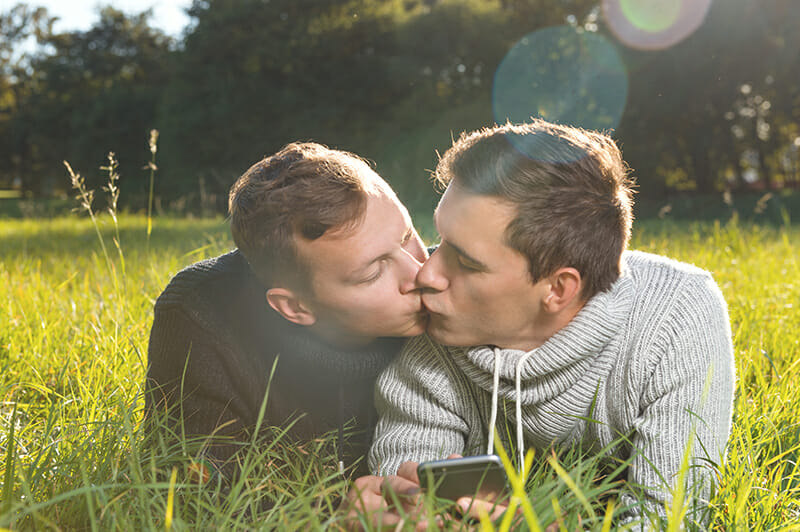 -“Do you come here often, or only in your bedroom with me by your side?”

If these words come across your lips, you’re a cheese ball and it lands you a ten rating. Well, this line may not even work and you’ll probably get a drink thrown in your face.

This line lands you a three rating. It’s innocent enough and just on the borderline of cheese. Besides, the man you attempt to pick up may really be into literature. In that case, it’s a score.

-“I thought you looked familiar. You’re the man of my dreams.”

If you utter these words, you’re adorable. This line earns a four rating. Period. End of story.

-“Yes, I want fries with that if it’s what you’re serving up!”

Here we go again with references to food. Go on, girl, get your side of fries with that meat. You’ve earned yourself a fix of six.

-“I believe in a higher power now that I’ve spotted you. You’re an angel!”

So, is religion still on the kink-o-meter? Any reference to a higher power may land you in the hot seat, unless that is where you want it. This line gets a seven.

If you attempt to play off this pickup line, you are a complete pig. We’re not saying what  kind of pig, so we’ll leave it at that. Nine.

-“Hey. ASL? Are you still looking? It’s been a long night and I just want to get out of here.”

This pickup line tells your potential mate that you are lazy and well, living in 1999. Pass. You earned an eight.

-“Who’s your favorite drag queen? If you say (insert a name here), we’ll have to get married and have babies immediately.”

Oh, girlfriend, everyone and their (fairy drag) mother watches “RuPaul’s Drag Race.” Are you really going to introduce yourself via a pickup line such as this? Think twice before opening your pretty mouth, and maybe lead with something more along the lines of, “You have beautiful eyes, kind of like Bianca Del Rio’s!” Cheese. Ten.

On a scale from one to ten, how likely are you to implement the aforementioned pickup lines?

It’s important to come off as brave and inviting, as cheesy as some of our suggestions may be. We’re no longer living behind closed doors. Our rainbow flags are flying higher than they ever have been. There is no time to waste when it comes to picking out your potential mate (or, well, one night stand).

Be strong. Take a shot. And just be you.

Joseph A. Federico is a self-taught author and journalist. After “publishing” his first newspaper in the ’90s, headlining a story about Santa Claus’s midnight ride with then-popular, Swamp Thing, Federico’s family knew he had a journalistic knack. Having been published in magazines such as Debonair, Steppin’ Out and Canada’s premier South Asian magazine, Darpan, Joseph covers topics ranging from wedding fair, fashion trends to men’s health issues. He currently owns and operates Anchors To Dusk Publishing, LLC and its subsidiary, a marketing consulting firm, under the name of Anchors To Dusk Media.