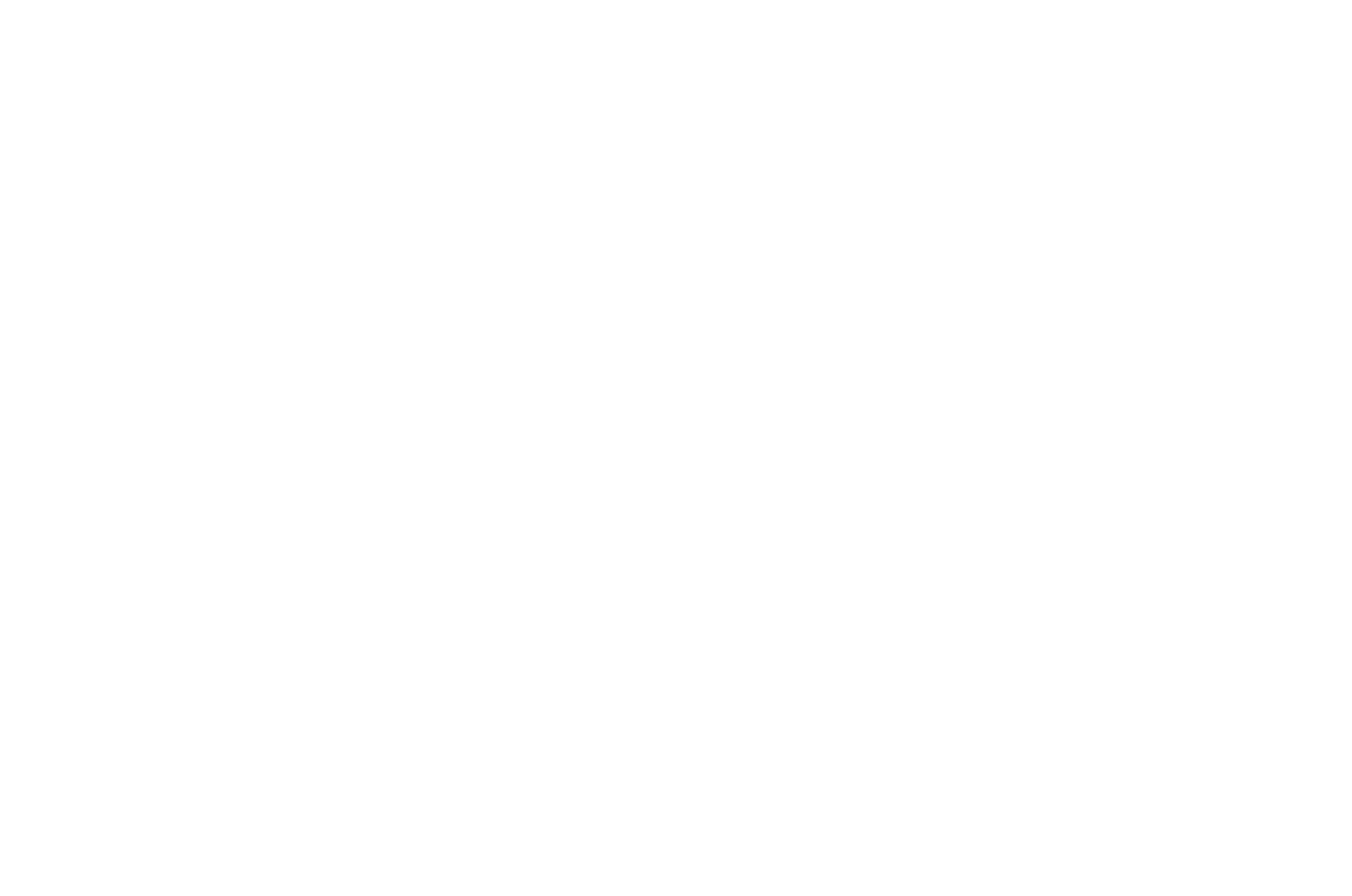 Jeanne Robertson, a professional speaker who specializes in hilarious humor based on her life experiences, continues to charm audiences across the country. Standing tall at six-foot-two, this former Miss North Carolina beauty pageant queen has an infectious personality and a heart of gold. Robertson utilizes her funny style to illustrate that a sense of humor is much more than a laughing matter, it is a strategy for success. With eight nationally released DVDs, three books, countless hours on SiriusXM radio, and over 20 million YouTube hits, what’s not to love? Her family-friendly and engaging style of comedy has resulted in a large fanbase. Robertson is making her way over to the Coral Springs Center for the Arts on Sunday, January 27, 2019 for a one night only engagement, and I had the pleasure of chatting more with her about the upcoming performance and her passion for making people laugh.

Who is Jeanne Robertson? What is she all about?

For years, I have been a professional speaker categorized as a humorist. I am very active in the National Speakers Association and I have spoken at countless conventions. I am 75-years-old, and when I was in my 60s, I embraced the internet. Thanks to the internet, I have done more speeches than ever in my life. The internet is a wonderful way to connect with people who like what you do. I was approached by people in Nashville about 12 years ago and they said they think I have enough name recognition to sell tickets. This is because I posted a clip on YouTube and it went viral. I posted another and it went viral as well. I have over 61 million hits on YouTube. Because of this new found stardom, I am as busy as I can be. Every place I perform is a high. My number one state to perform in is Texas, and my number two is Florida. I am older and the material age appropriate. I was the tallest contestant at 6’2’’ to be in the Miss America pageant, and that year, I did a speaking tour and did over 500 speeches. I love to make people laugh. After I started speaking at conventions, I never looked back. I write my own material, but at 75, if I were to walk out and do an hour and a half of just pageant stories, I would be a very sad, one trick pony. What I try to do, every decade where my life takes me, those are the stories I tell. I don’t get into politics and I don’t get into anything controversial. I just try to talk about the same things that happen to everybody. What you want is for audiences to sit there and laugh. I don’t call myself a comedian. I always thought of myself as a humorist.

What is the difference?

A comedian’s goal is to make the majority of people in the club laugh. They can go after anybody in the audience. If you go to a comedy club and see a comedian, you should not be offended. They can go after your life, what you do, use any type of language, use any type of innuendo, get into politics, and do anything controversial. A humorist weaves a longer story. My goal is, I don’t want the person who hired me to lose their job because I went into some topic their boss didn’t approve of. I honestly don’t think I can tell jokes. I just talk about what I see. It’s still unbelievable that all of this is happening. For 2,000 people to sit there and listen to me. I just tell the truth on what I see. People will come up to me and say they have stories, and I always tell them to make sure they write them down or record them.

What can audiences expect from your show at Coral Springs?

They can expect to sit back and relax and laugh and not be offended. It’s almost like a slap on the knee kind of comedy. The whole country needs a good laugh. Audiences will leave knowing they had a great time. Go grab some dinner before or after. Come with friends. The nice thing is, no matter your background, you are in a room full of different people who are laughing at the same thing.

And people of all ages can come and enjoy your shows?

Bring your momma, bring your teenager, just don’t bring those babies. Parents and teenagers can come for a night of entertainment and drive home without looking out opposite windows. People say I’m a Christian comedian, but I’m not. I may be a Christian, but that has nothing to do with me talking about church or any of those things. When people leave, they just may not have heard any four-letter words. A lot of speakers and humorists are like that, and I am just having a ball. I love what I do.

You never really intended on pursuing this career path, did you?

No, I was a physical education teacher and I taught and coached. This just got too big to ignore and I just like to see people laugh. I loved teaching and I thought I would be a teacher for life, but when I won the pageant and went on the speaking tour, I found out I could make people laugh. It just got into my blood. I had no way of thinking this could be an entire career. I am not the type to skip off to L.A. and try to find a big break. I was just taking advantage of the opportunity. Being in a pageant does not hand you a career, but you sure develop skills you can use for whatever career you choose. For me, it kept me on stage. For a lot of people, they simply learn how to interact with people and maybe go into public relations. I say to young people, if you want to be on stage, then get on stage. I would not have known that the convention business is as big as it is in this country. SiriusXM Radio started to play me on some of their comedy shows and then I went viral on YouTube. These internet things happened, and it spread my humor much further. I started to put out DVDs and market them and I learned how to market myself.

Do your family and friends support your career?

I have the best of both worlds. My family and friends are absolutely wonderful. You don’t always have to have a spouse, but if you do and they don’t encourage or support you, then I don’t think it will work. Something has to give, and it is very sad. My husband has always told me to go, even if I was not making a penny but felt like it was something I needed to do to advance my career. There are a lot of speakers I know whose families are not supportive. It’s like you arrive back home after your plane had mechanical difficulties and you dealt with that all day, but your spouse looks at you when you arrive and is like, I thought you were going to be here at 4:30. You don’t need that. That does not work in any profession. I have been very lucky that my husband encourages me.

What originally got you into competing in pageants?

I was a basketball player and the local JC ran the pageants back then. My local JC when I was a senior in high school was looking for contestants. To get to Miss North Carolina, you had to win local pageants first. I had never been in anything like this and I had two sisters who both said I was nuts. They would never do this. Pageants were big during that day and age. They were on one of the three networks on TV and everybody was watching them. It was a different era. My year was 1963-64. That was when Kennedy got shot, everything changed, Vietnam, etc. I told my mommy and daddy that I might do this, and they asked a very simple question, what is my talent? I said, well, I’ll think of something. I got a ukulele and I sang this funny song on the ukulele. I won and went on to the Miss North Carolina pageant where 80 contestants competed. After I won, that’s when I found out I would have to drop out of school for a year to go on a speaking tour. When I competed in Miss America, I did not win, but I was Miss Congeniality. Having this six-foot-two basketball player win was so funny, invitations in North Carolina to speak just poured in. Sometimes it would be sitting in a field, on the back of a truck, or in a big auditorium. Every day was different.

It sounds like you have lived quite an exciting life.

I have, and I would be really bored if I was telling the same stories all the time.

What would you say has been one of your most memorable performances?

Gosh, there are so many. I have gotten to speak at the White House and that was fun. I was excited about it because it was sort of on my bucket list. I really wanted to be on the Johnny Carson Show, but that was something that just didn’t happen. I wrote for years trying to get on there. I was invited to be on Oprah one time, and that was also exciting.

Lastly, what is next for you?

I am really excited about my upcoming book. It is almost finished, but when the new tape came out, we realized I could not put the DVD out and market it at the same time as the book. So, we have been strategizing on how to do this. It’s called, Jeanne Robertson Rocking Humor.

How did you come up with that title?

Three years ago, I broke my femur. I was in a hurry and it snapped straight across. After a month in the hospital, I was told I would have to be in a wheelchair for a while, so we renamed the show tour, The Rocking Chair Tour. I performed while sitting in a rocking chair and we would give the chair away to an audience member. We figured out how to turn this disadvantage into a positive, humorous situation.

For more information and tickets, visit www.TheCenterCS.com. To learn more about Robertson, visit her website, www.JeanneRobertson.com. See her live on stage at Coral Springs Center for the Arts on Sunday, January 27, 2019.