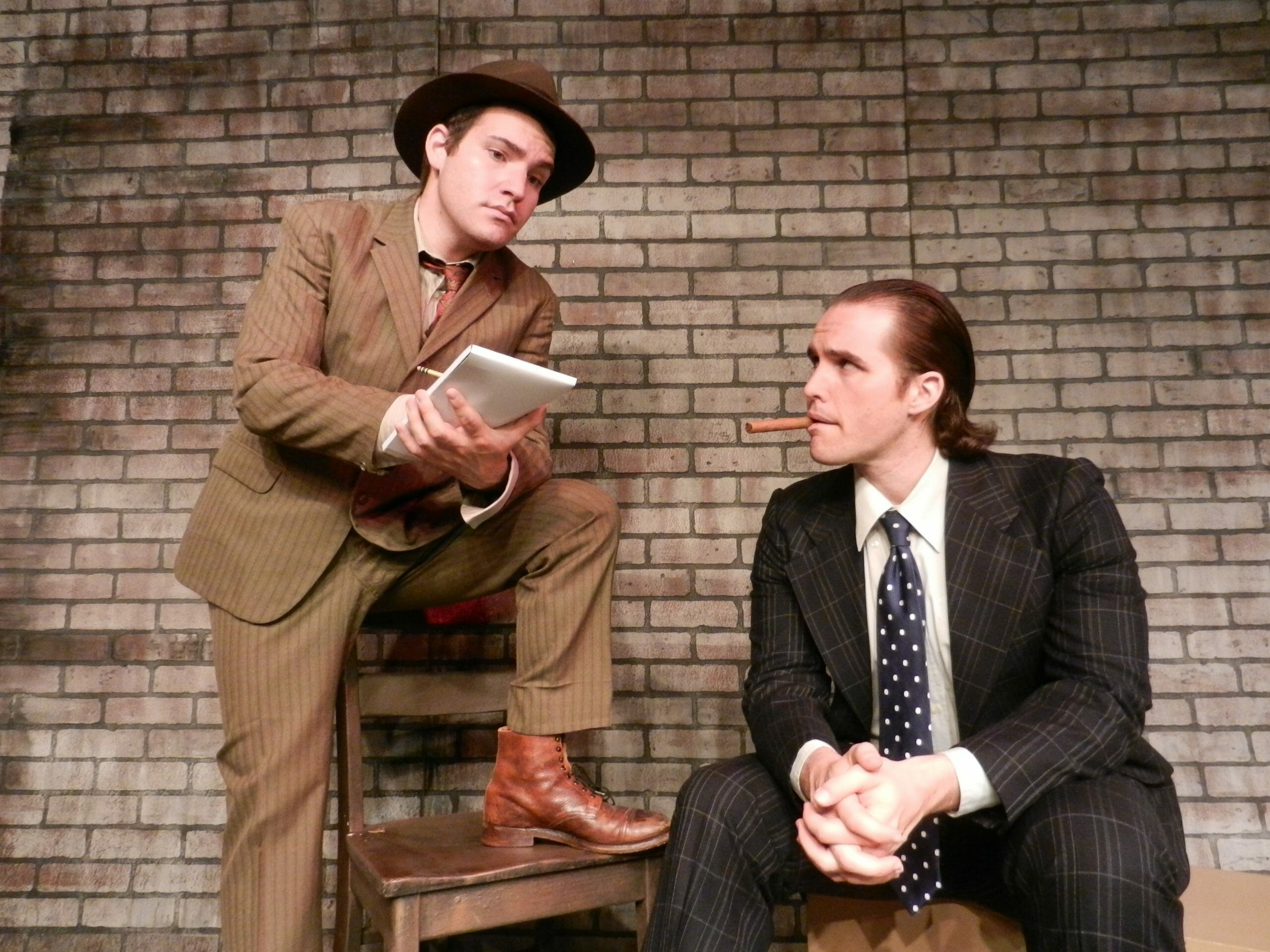 This gripping period drama which launched the theatre company’s award-winning run in 2012 recounts the true story of two actors who hired themselves out to the Long Beach Police Department in 1914 to entrap “social vagrants.”  Thirty-one men were arrested, and the ensuing scandal led to an ordinance against “oral sodomy” in California. The play stars Clay Cartland as “Warren,” who originated the role in the Island City Stage production, and newcomer Alfonso Vieites as “Brown.”

“Island City Stage is proudly dedicated to creating quality professional theatrical experiences focused on the LGBT+ community for a universal audience,” said Andy Rogow, artistic director of Island City Stage. “Revisiting the play that put us on the map, The Twentieth Century Way still resonates, today, and reminds us of our mission to tell socially relevant stories that explore LGBT+ issues and history.”

Clay Cartland is a South Florida native and most recently performed in Shrek and Groundhog Day with Slow Burn Theatre at the Broward Center for the Performing Arts. Some of his favorite performances include The 25th Annual Putnam County Spelling Bee, Desperate Measures, Flashdance, 1776, Peter and the Starcatcher and First Date. Clay is also a proud member of Actors Equity and a recipient of two Carbonell and four Silver Palm Awards. Clay also works as a voice-over artist and teaches improv comedy.

Alfonso Vieites is thrilled to be making his Island City Stage debut. He was last seen at The Foundry in Party! He holds a Bachelor of Arts degree in theatre from Florida International University and has since continued his training with Sociedad Actoral Hispanoamericana in Doral. He’s also had the pleasure of appearing as a day player on two Telemundo shows.

Prior to its October premiere, Island City Stage will review the advancements of South Florida law enforcement in how they interact with the LGBT+ community and promote diversity and inclusion, internally, with a special Behind the Red Curtain free community forum entitled “Law Enforcement and the LGBT+ Community – Where are we today?” on Tuesday, September 14, from 6 to 7:30 p.m., at its theatre. Guest panelists will include Lieutenant Paul Auerbach of Broward Sheriff’s Office, Assistant Chief of Police Darren Brodsky of Wilton Manors Police Department, Captain Michael Dodson of Fort Lauderdale Police Department, FAU Professor Emeritus and author Fred Fejes, PhD. and Trans Advocate Kat Rio. This forum is supported by Equality Florida and the GLBX Council of the Greater Fort Lauderdale Chamber of Commerce.

Island City Stage is located at 2304 N. Dixie Highway in Wilton Manors. Tickets start at $35 per show. Season subscribers can save with a $155 Flexpass for all five productions (a $25 savings off individually priced tickets plus no processing fees) and receive $5 off of additional tickets purchased. Other discounts are available for groups.