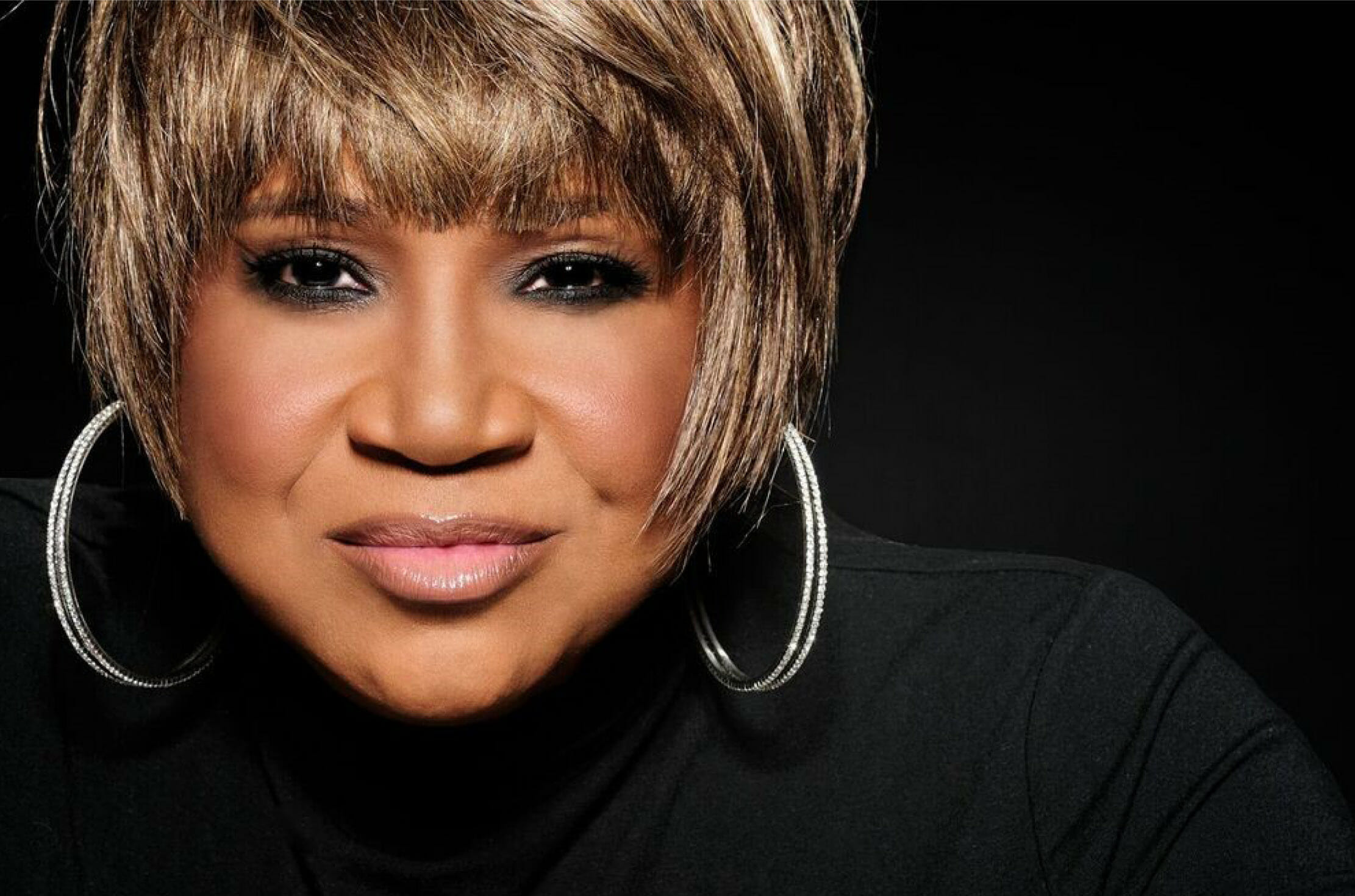 An Interview with Pepper Mashay

If you’ve ever dashed on to the dance floor when you’ve heard the diva declaration, “Let’s get soakin’ wet,” then you’ve been under the spell of one Pepper Mashay. The song, a 2002 club sensation by Thunderpuss’ Barry Harris, made a splash in dance bars and on TV’s Queer As Folk, because Pepper Mashay’s vocals were simply irresistible. Possessing one of the most diverse resumés of any dance diva, Pepper Mashay is the definition of a force to be reckoned with. Shortly before heading out on a series of live dates, Pepper was kind enough to answer a few questions about herself and her career.

Gregg Shapiro: For the uninitiated, would you please say something about how you arrived at Pepper Mashay as your stage name?

Pepper Mashay: That happened in `93. I was being produced by a couple of people. After the first song was done, they looked at me and said, “This session is going really well. You sing great!” [laughs] At the time, I had just done a project called Voyceboxing out of New York, created by jazz musician Lenny White. I had also been doing backup vocals for Vonda Shepard. A guy from Switzerland walked up to me at one of our club gigs. He said, “You’re too good to sing background for people. You should do dance music, for the DJs.” I had no idea what he was talking about. After I finished doing Voyceboxing, I was back in L.A., and one of my managers from that project hooked me up with a producer who ended up doing dance tracks with me. After we did a song, they said to me, “We don’t think your real name is going to be hot enough to get people interested in you.” I said, “I’ve always liked the name Pepper.” He started going through some last names and I said, “How about if we played on papier-mâché and spelled it like a regular name? Pepper Mashay.”

GS: What would you say are the major differences between Pepper Mashay and Jean McClain?

PM: Power [laughs]. Authority. My vocal style is totally different when I am singing as Jean McClain. I’ve always been someone who has loved the pop music of the 1960s and `70s, where you heard everything. That’s the kind of background I come from. With dance music, it’s one specific genre, especially when I started. There weren’t that many different genres of dance music. How many categories we have in today’s dance music evolved because of how the DJs wanted to be presented as artists. From deep house to EDM, that whole mixture. I don’t know if you’ve noticed this, but there’s not much going on in terms of a lot of the soulful R&B singers from when I started back in the mid-`90s. There are more of these light voices, like Bebe Rexha. That sort of tone.

GS: As Jean McClain, you have performed in concert with Hugh Laurie & The Copper Bottom Band. How did that come about?

PM: I was a background singer for Joe Henry. As a matter of fact, the person who got me involved with his project was Niki Harris, one of Madonna’s backing vocalists.

PM: Exactly! Madonna’s sister Melanie is married to Joe. I was brought to them to sing with Niki on his project in the early `90s. I got involved with Hugh after Niki got married and moved to New York. I was singing with Joe on my own. I had known Hugh Laurie as a comedian, and I said to myself, “Oh, no, here we go again [laughs].” An actor trying to do music. I was enthralled with his project because he had Tom Jones, Dr. John and Irma Thomas, the queen of the blues, on that record. How can you get any more perfect than to participate in a project with those names attached? One thing I liked about Hugh was that he was the first artist who not only had me sing on his record, but also asked me to join his traveling tour.

PM: He is! It’s just like what my wife says about him. Here you have an Englishman who takes the American songbook and takes American musicians with him and goes around the world doing that music. He sold out everywhere we went!

GS: The songs “Dive in The Pool” and “I Got My Pride,” two of your biggest dance hits, were collaborations with Barry Harris of Thunderpuss fame. How did these collaborations come to be?

PM: I started the same that I did with Joe Henry, darling. I started doing background vocals for Chris Cox (of Thunderpuss). That’s how I ended up singing “My Love Is Your Love” – nine tracks of me singing along with Whitney Houston (on the remix). Also, for Jennifer Holiday’s “A Woman’s Got the Power.” I was able to do that and working on a number of their projects, that’s how I fell into the situation working with Barry doing “Dive in The Pool” and “I Got My Pride.” When he asked me to do “Dive in The Pool,” I thought he was joking. He called me and said, “I need you to come to the studio after you get off of work.” As soon as I got to the studio, he said, “I don’t want you to sing. I want you to talk.” I started laughing [laughs]. I couldn’t believe it. I thought it was stupid [laughs].

PM: It was major! While I was doing the session, I said, “Let me get into my mother’s mode.” When I was a young kid, she would stand in the backyard and scream out my name and my brother’s name, telling us to come in from playing for dinner.

GS: That was the voice you used?

PM: That was the voice I had in my head. My mother. He wanted something different sounding because it’s so boisterous. I got into character and did it the way my mother would call us in for dinner.

GS: On “Dive in The Pool” you invited listeners to take the plunge. Do you enjoy swimming?

PM: I used to, when I was younger. I’m a military brat. My father was in the service for 25 years. I come from that background. The kids had what was called Special Services – teen clubs, that kind of thing. That’s how my parents got us involved in sports, horseback riding and that sort of thing. We were stationed in Texas, so the weather was really nice.

GS: “I Got My Pride” is a full-fledged LGBTQ Pride anthem. As an out artist yourself, what does your association with a song such as this mean to you?

PM: The early part of me getting involved with the LGBT community was what I would call an eye-opener. I’ve always been a person that never hated on anybody. You don’t do that if you come from the kind of home my parents brought me up in. You always respected yourself and your playmates. It was always a matter of respect on how you approached people. As you grew up, and you understood that so and so was a little different, but you always had fun around these people, you always liked them. Barry Harris’ manager George told me people were asking who I was (after hearing the song). They wanted to see me, to have me come and perform. When that proposition was offered to me, I said, “Oh my God, the window has opened!” I didn’t know what I was getting into. One of the first gigs I ever did for “Dive in The Pool” was on Muscle Beach in Miami for 5,000 beautiful gay men. I said, “What have I gotten myself into?” It was a totally different world to me. Mind you, I’m coming off a divorce from one of my classmates that I had married and was with for 27 years. We had two great sons that I adore and love. My life had changed. I had to go back to work while I was still singing backing vocals and doing some road work. I said to myself, “I need to take this thing by the horns and ride this bull.” That’s how I was introduced to the LGBTQ community, front and center.

GS: Speaking of Pride, you are performing in Key West at Bourbon Street Pub during Key West Pride. What can your fans expect from your set?

PM: A lot of excitement! A lot of honoring them for even coming to see me because it’s been a number of years since I’ve been down in that area. I just want to let everybody know that I am beholden to them for coming to see me. Giving me the love and the respect of a person who really feels connected now. I really feel connected and a part of the community in this second stage of my life. Marrying my wife Ellen has given me a whole new meaning of what that community brings to my life and to my very blended family. People are going to relate to me, I hope, in a different way than in the beginning when I was just another soulful singer coming through, liking them, and then going home.

Drag Me to The Grille