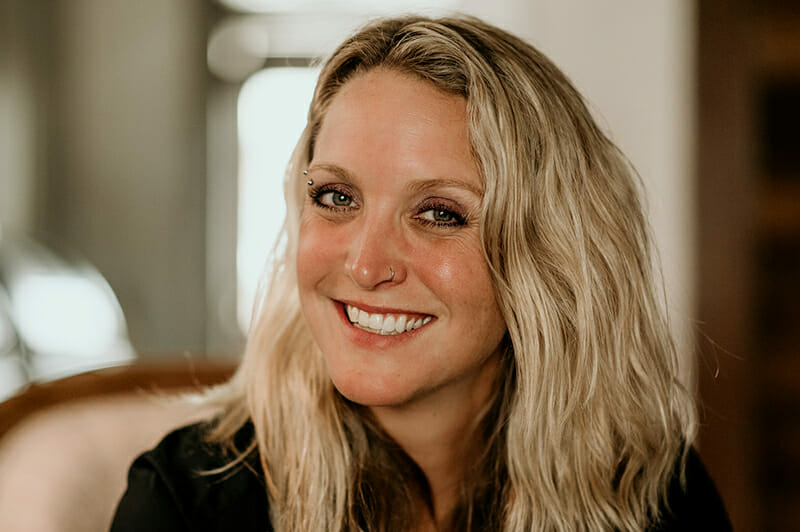 An interview with singer/songwriter Sarah Smith

Canada has a long history of giving us, its neighbor to the south, some of the greatest singer/songwriters of the 20th and 21st centuries. Take your pick from Joni Mitchell, Leonard Cohen, Neil Young, Ron Sexsmith, k.d. lang, Feist, Sarah McLachlan and Alanis Morrisette, to name a few, and you can’t go wrong. Sarah Smith is another Canadian artist worthy of your attention. With a handful of albums under her belt as a solo act, as well as a few with her previous band The Joys, Smith has a lot of material on which to draw when she performs at the Ramada Oakland Park Inn, 3001 North Federal Highway, Fort Lauderdale on Sunday, November 25, 2018.

Gregg Shapiro: Sarah, when did you first begin playing guitar?

Sarah Smith: I was 12 when I began obsessing over wanting a violin, and was constantly begging my parents to get me one for Christmas. Christmas came and went and no violin appeared under the tree, but I did discover an old guitar in my Nana’s attic that had two working strings on it, and my parents immediately noticed my attraction to it. The first few songs I wrote were with a two-string guitar. Even though I kept insisting I wanted a violin, the following Christmas a guitar showed up under the tree. There’s a photo in my memory book of 13-year-old me sporting my new knitted slippers, my very cool Toronto Maple Leaf’s jersey and my black Epiphone acoustic. The grin on my face was priceless.

GS: How old were you when you wrote your first official song and was it written on guitar?

SS: I wrote a lot of my first songs on the piano, but my songs became more mature when I discovered the guitar. The first concert I gave was in the living room with both my parents sitting on the couch, not quite expecting that I had been honing my songwriting skills for the last year. I showed them a song called “You Came Back to Me,” which was a plea to try to get back my boyfriend, who I had just dumped that day. Well, the song didn’t work to get my boyfriend back but it certainly had my parents blubbering on the couch. As a young songwriter that was the positive reinforcement I needed.

GS: Do you play any other instruments?

SS: I never did learn how to play the violin. However, my mother did start me early in piano lessons and singing in church. In school, I was the band drummer. I have always had a soft spot for rocking a drum kit.

GS: You are a Canadian-based artist. With so many extraordinary Canadian singer/songwriters and musical acts from which to choose, what can you tell me about your personal musical Influences?

I grew up on a farm listening to my father play country guitar. Classics by such artists as Johnny Cash, John Denver and The Animals. My mother was a church choir director and we had no other outside musical influences, such as a radio, in our home. The first time I heard Alanis Morrisette, my life was literally changed. I do have a strong appreciation for Canadian radio pop stars. They were mainly the artists I heard blaring through the speakers of my old beat-up Dodge that I bought when I was 16. My early Canadian influences were Bryan Adams, Shania Twain, Alanis Morrisette, Our Lady Peace, The Tea Party and Alannah Myles.

GS: As the former front-woman of the band, The Joys, when did you know it was the right time to become a solo artist?
SS: I still don’t know. I’m just walking through the doors that are opening right now. The Joys will always be in my heart and a huge part of my musical career. Even as a solo artist, I prefer having a band family around me.

GS: What can you tell me about your ink?
SS: Each tattoo symbolizes a certain part of the journey I’ve been on so far. My first tattoo was the butterfly on my chest which I got when I left the military to pursue my music. Absolute freedom. The serenity scene on my right arm represents my sober journey.

GS: Have you ever written a song about any of your tattoos?
SS: The theme of my album 11 is based around my relationship which is represented by the sun (me) and the moon (my partner). I have a tattoo of our combined last names on my left arm with the sun over my last name and the moon over hers. And those tattoos are above our wedding date tattoo.

GS: According to your website, you have several concert dates in Germany and the Netherlands during the month of September. In what ways do your international fans differ from those in North America?
SS: In all my years of traveling, I have learned one important thing: we are all the same. Music is just a connector.

GS: You are going to be performing in South Florida in late November, which is probably a good time to get away from the falling temperatures in Canada. Are you more of an indoor or outdoor person during the winter months?
SS: I try to get outdoors as much as I possibly can. I enjoy working out, running and doing yoga in nature, weather permitting, no matter where I am in the world. That being said, if it’s cold out, a walk around the block with my dogs is about as much as I get outside and the gym becomes my haven.

GS: What can folks in the Fort Lauderdale area expect from a Sarah Smith concert?

SS: You can expect a passionate, energetic, vulnerable, and honest performance by someone who has learned some lessons and has many more to learn along the way.

The Dawning of the Age of Aquaria

Black and White in Color

The Most Dangerous Year for Transgender Rights