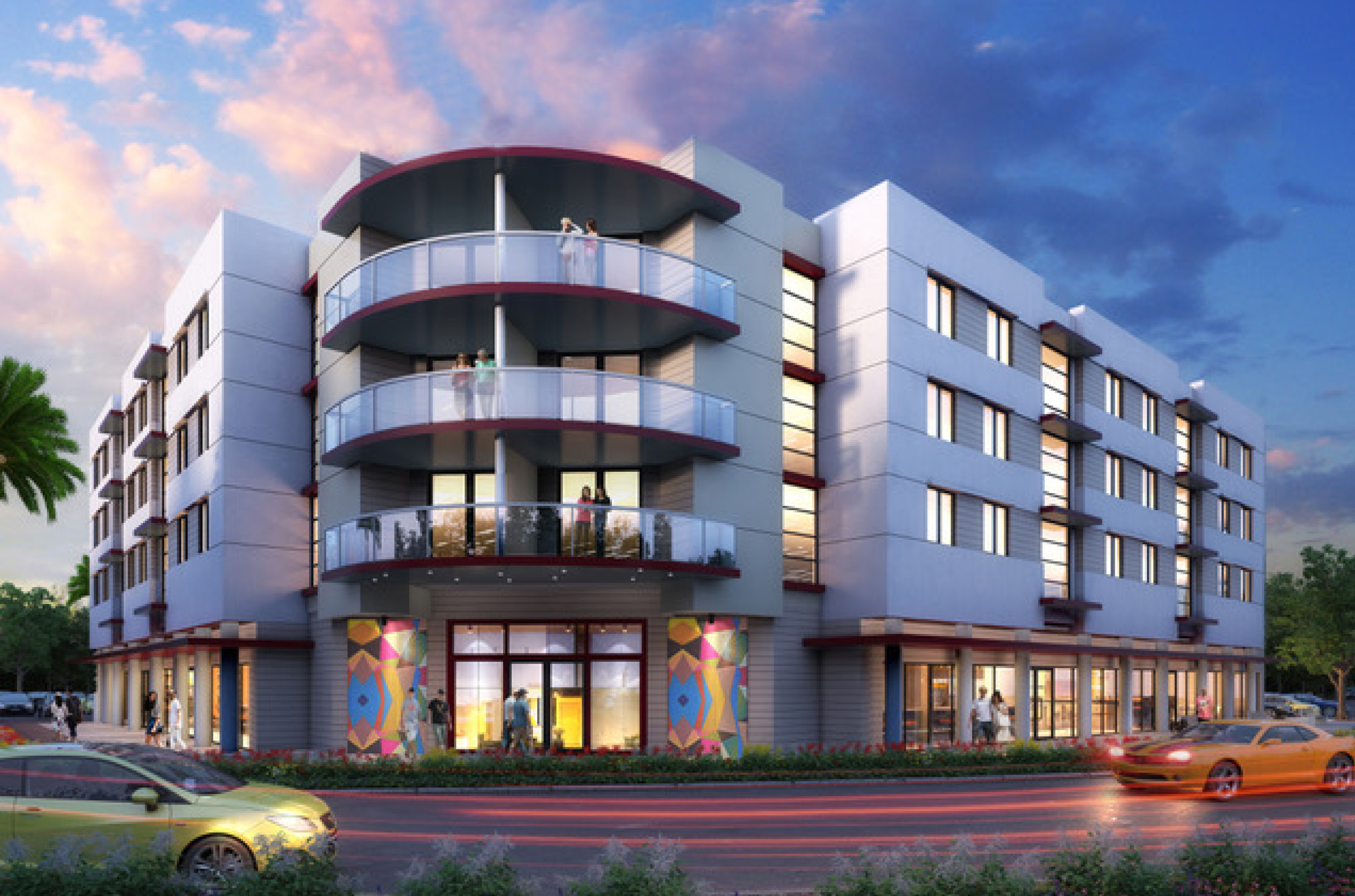 Photos Courtesy of The Pride Center at Equality Park

Wilton Manors will soon see a new affordable housing complex for senior adults, with a special focus on LGBTQ individuals – The Residences at Equality Park. According to the Pride Center’s CEO Robert Boo, this project has been in the works since 2012.

“Gay and Lesbian Elder Housing identified a desperate local need in Broward County for affordable housing,” he said. “The city of Wilton Manors then approached The Center about addressing local needs and our campus’ optimum location and resources to help meet those needs. In 2012, during our strategic planning process, the Board of Directors set a goal to evaluate the potential of a senior affordable housing project to be built on Equality Park. Over the next three and a half years, the Board did their due diligence. During the same time, we updated the master plan for our campus. We partnered with TSAO Design in a year-long process, including an extensive Charrette with 65 diverse community leaders to brainstorm and prioritize future campus uses. Charrette results were presented to the Board; top priorities set our direction. Results were announced and presented to the community. Senior affordable housing remains one of the largest, most significant projects identified both by Strategic Plan and Charrette process. The Center Board cultivated relationships with three top developers in the South Florida area during a multi-year evaluation and assessment process.”

The Residences at Equality Park will have 48 units, and all units are 100 percent affordable housing for seniors 55+ earning less that 60 percent of the area’s median income, approximately $35,000 annually. Seventy percent of the units will be designated for low-income seniors living with disabling conditions, such as a physical illnesses or disabilities due to complications from HIV/AIDS.

This will be South Florida’s first affordable housing project with customized supportive services for LGBTQ seniors.

“The Center has partnered with Carrfour, Florida’s largest nonprofit affordable housing developer in the development of The Residences at Equality Park,” Boo said. “The Residences, coupled with The Center’s growing seniors programming, the largest LGBTQ weekly senior’s program nationwide, will give residents a permanent, safe place to live and support services they need. The Residences at Equality Park joins a growing national trend in which senior affordable housing projects are being built in conjunction with LGBTQ community center in major cities across the country, including Los Angeles, San Diego, Chicago and Philadelphia.”

The Residences will be a new, beautiful four-story building located on Dixie Highway. The first floor will include a community room space and catering kitchen that will allow The Center to move its Active Aging program into the building. Over 200 people attend the program each week, and this new space will allow The Center to continue to grow its services to the community.

According to Boo, this project would never have gotten to this point if they had not partnered with a non-profit developer such as Carrfour.

“The Equal Rights Center states that older LGBTQ people continue to be denied equal opportunity in housing,” Boo said. “In testing performed in states across the nation, researchers found that in Florida, 45 percent of LGBTQ testers received adverse differential treatment. Ten percent experienced two or more forms of less favorable treatment. When surveyed, LGBTQ seniors regularly list housing discrimination as a primary concern, including fear about mainstream senior housing options. Experiences of discrimination are linked with poor health outcomes, such as depression among both chronically ill LGBTQ older adults and their informal caregivers. Nearly four out of 10 LGBTQ older adults have contemplated suicide at some point during their lives. LGBTQ older adults are four times less likely to have children and twice as likely to live alone than heterosexuals. SAGE USA reports that 40 percent of older LGBTQ adults say their support networks have become smaller over time, and as a result, LGBTQ seniors are at risk of being without caregivers when they need it. Older adults who live alone are at serious risk of social isolation, which is linked to poor mental and physical health, cognitive impairment, premature chronic disease, and death. Because transgender people are more likely to age without children to help support them and manage their care, and because they often experience dramatically lower incomes than either the general population or the LGBTQ population, access to affordable, supportive housing is problematic, especially for those with disabilities.”

When the city of Fort Lauderdale issued an Affordable Housing and Economic Analysis four years ago, it showed that the fastest growing age group was between 50-69 years of age.

Boo says that not only the Wilton Manors community, but also the South Florida community overall, is excited about this project.

“For the most part, there has been great acceptance for The Residences to be built on our campus,” he said. “People have asked how we can ensure that everyone who lives here will be from the LGBTQ community. The Fair Housing Act prevents us from reverse discrimination, but we do promote this as South Florida’s first affordable housing project with customized supportive services for LGBTQ seniors.”

Boo looks forward to officially cutting the ribbon and watching its first residents move in.

Currently, there is not an official completion date, but continue to check for updates at www.PrideCenterFlorida.org.

Gratefulness as a Lifestyle