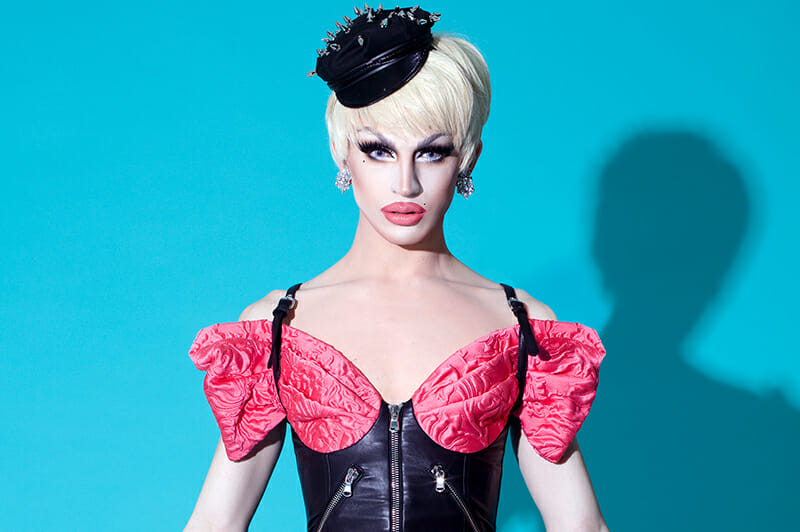 Spunky and sassy and bursting with talent, Aquaria (born Giovanni Palandrani, based in Brooklyn), snatched the crown from the other queens to be named Season 10 winner on RuPaul’s Drag Race. The Emmy Award-winning competition grows in popularity with each season and that’s a good thing for young champ Aquaria as that means more people (approximately more than half a million) have gotten to see what she is capable of doing. Currently on the road with fellow Drag Racers for the ongoing Werq the World Tour, Aquaria was kind enough to answer a few questions.

Gregg Shapiro: Aquaria, I’d like to begin by asking you what are your preferred pronouns?

Aquaria: She, her, I guess.

GS: How did you come up with Aquaria as your stage name?

A: I emerged from out of the sea [laughs]. Kidding. From my zodiac sign, Aquarius.

GS: What was involved in arriving at your look as Aquaria?

A: I’m often seen as somewhere between Madonna and Lady Gaga and maybe I am. When I think on it, I’ve loved fashion for as long as I can remember. I would probably count Thierry Mugler, Michele Lamy and, of course, Madonna, among my top influencers. You know who else I would count? Raja. Watching Raja on season three was really cool for me. I really loved the way she stomped down the runway in her own unique, high-fashion way.

GS: In what ways would you say your background and training in dance and fashion worked in your favor on RuPaul’s Drag Race?

A: A large part of drag is about doing research, honoring fashion icons throughout history, and carrying on their legacy. I think what helped me to win was knowing what’s come before me, whether that’s drag, fashion, politics – and just really reinterpreting it all. I may be 22, but I know things. People love to underestimate me and I love to prove what I can do. My favorite challenge on the show was the Last Ball on Earth challenge because it was fun to surprise people with my full-on runway looks. 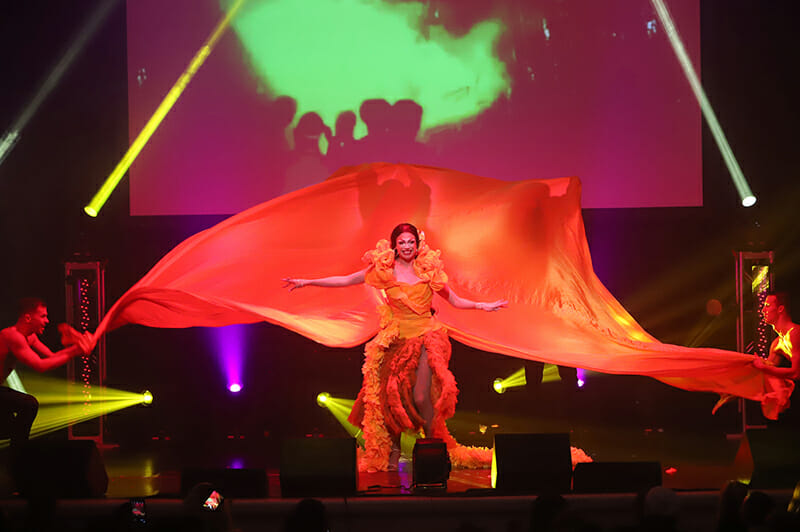 GS: What did it mean to you to be crowned the champion of RuPaul’s Drag Race Season 10?

A: I still haven’t had a chance to soak in the fact that I won. I mean I know I did, but I have been booked with shows all over the world since the win, which is amazing and wonderful, but I haven’t had more than five minutes to myself yet.

GS: You received early support in your drag career from Susanne Bartsch – have you seen the documentary Susanne Bartsch: On Top and, if so, what did you think of it?

A: I haven’t seen it yet but I can’t wait. Susanne Bartsch is a living breathing work of art. She is brilliant, a legend and an inspiration.

GS: Well said! What can you tell the readers about what you will be doing on the Werq the World tour?

A: I’m excited to spend time with Asia, Kameron, Eureka and the rest of the cast. They really are the most talented group of queens I’ve ever seen and the show is sick, sick, sick.

GS: What advice would you give to queens who are thinking about auditioning for upcoming seasons of RuPaul’s Drag Race?

A: Don’t follow anyone’s footsteps. Make your own. Everyone knows how tight Sharon Needles and I are and I’ll tell you, even though she’s been along with me for most of the ride, she has never told me how I should look or act. She’s shared suggestions on things, but more about life rather than how to put on an eyelash. The point is, no two queens are alike and what works for one will not necessarily work for another. Do your thing the best way you know how.

Maybe Stars in his eyes