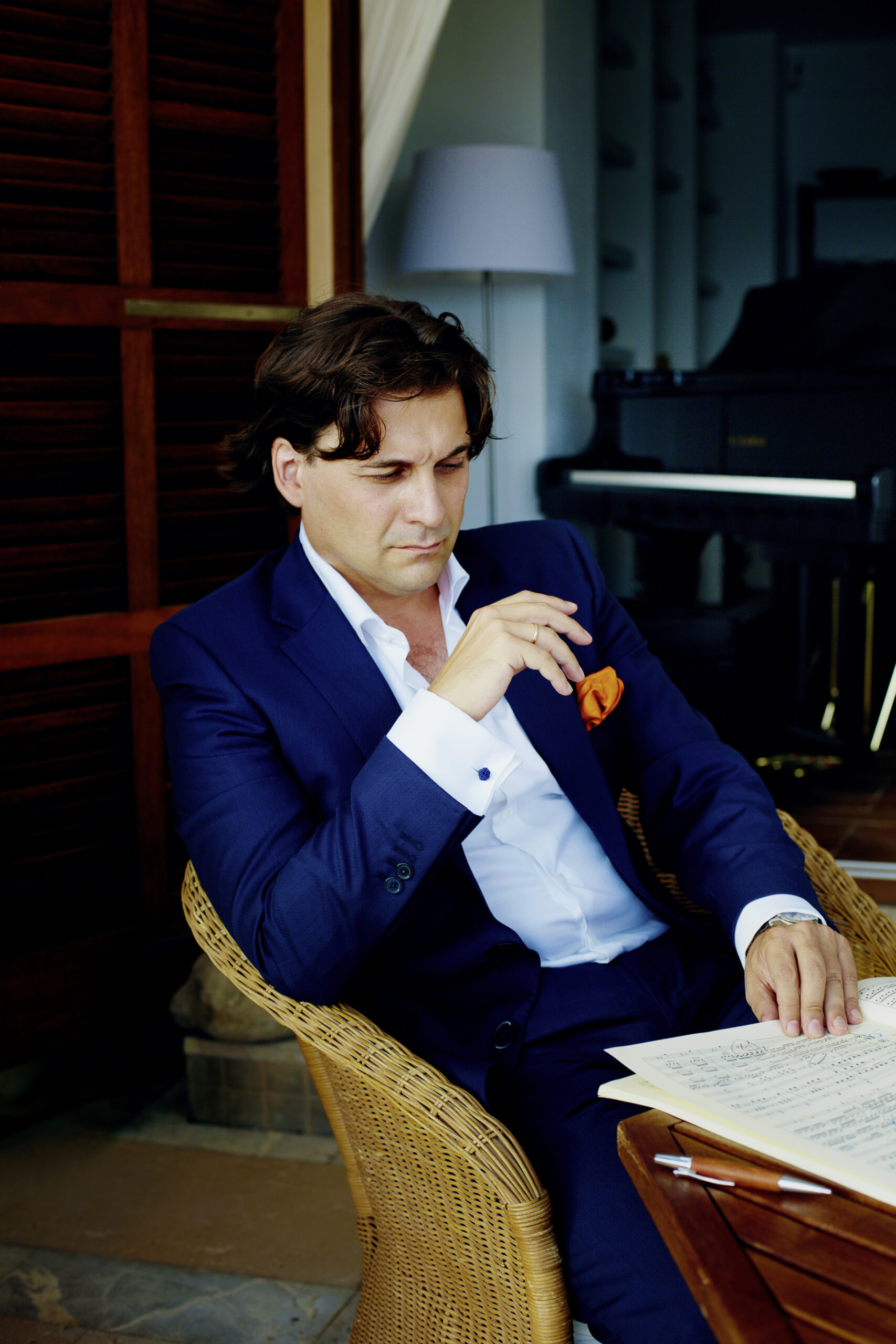 Photo courtesy of Symphony of the Americas

The Symphony of the Americas (SOTA), South Florida’s premiere
professional orchestra founded in 1988, isn’t letting a global pandemic stop it from making bold
plans for the future, starting with the naming of renowned Spanish Conductor Pablo Mielgo as its
new Artistic and Music Director.
Mielgo was selected from a cast of more than 100 candidates, following the announcement earlier
this year of the retirement of Maestro James Brooks-Bruzzese, who led the organization for more
than three decades and will continue as Founding Artistic Director Emeritus.
“The Board is thrilled to have a conductor of Pablo’s caliber and international recognition at our
helm,” said SOTA President Robert M. Roselli. “Maestro Mielgo has the talent, appeal and vision to
develop Symphony of the Americas into an internationally recognized orchestra that will make
South Floridians proud.”
Mielgo (www.PabloMielgo.com) studied at the Royal Conservatory of his hometown, Madrid, the
Reina Sofia School and the London Guildhall School of Music. He has assisted conductors such as
James Conlon, Jesus Lopez Cobos, Daniel Barenboim and Claudio Abbado. He regularly conducts
on some of the world’s most famous stages, including Wiener Musikverein and Carnegie Hall and
throughout Latin America and the Middle East.
Most recently, he served as chief conductor of Orquestra Simfònica Illes Balears (OSIB) since 2014.
Since 2005, he has been the musical and artistic director of the SaludArte Foundation, and has
collaborated with such institutions such as the Teatro Real Madrid, the Miami New World
Symphony, El Sistema in Venezuela and the Florida Grand Opera, as well as with renowned artists,
Placido Domingo, Gustavo Dudamel, José Antonio Abreu, and Michael Tilson Thomas.

Dedicated to the promotion of young talent, Mielgo has served since 2011 as the coartistic
director of the Medellin Philharmonic Academy. In addition, he founded three youth orchestras,
the Presjovem Youth Orchestra, the Iberoamerican Youth Orchestra and the Harmonia Symphony
Orchestra. In cooperation with Sir Colin Davis, he founded the BandArt Orchestra.
“It is a pleasure and an honor to start as the new SOTA artistic director, “ said Mielgo. “I am
convinced that despite circumstances we face today, we will be able to make the Symphony of the
Americas a benchmark for the arts in South Florida.”
Already Maestro Mielgo has hosted remote events with patrons and donors and plans to be part
of other socially safe events in the future. He also plans to continue his passion for supporting
young musicians through global events, workshops and other mentoring programs and
partnerships with youth orchestras.
He and his wife, who is a professional violinist, and their three-year old daughter, will be relocating
to South Florida as soon as it is safe. They plan to split their time between South Florida and Spain.
“I’ve spent more than 12 years doing projects in the Miami area,” he said. “My family and I love
South Florida and are looking forward to becoming active members of the community.”

For more information about upcoming Symphony of the Americas events, visit
www.sota.org

About the Symphony of the Americas

The Symphony of the Americas was founded in 1987 by Maestro James Brooks-Bruzzese and
Renee LaBonte. They both retired from the organization in 2020.  Under their leadership, the
Symphony grew into a leading orchestra showcasing guests from around the world, fostering
cultural relations with the Americas, initiating musical exchanges throughout Europe, the US and
Central/South America.  The Broward Center for the Performing Arts is home to the orchestra’s
classical music series.  The Orchestra also performs in select venues in the South Florida region.