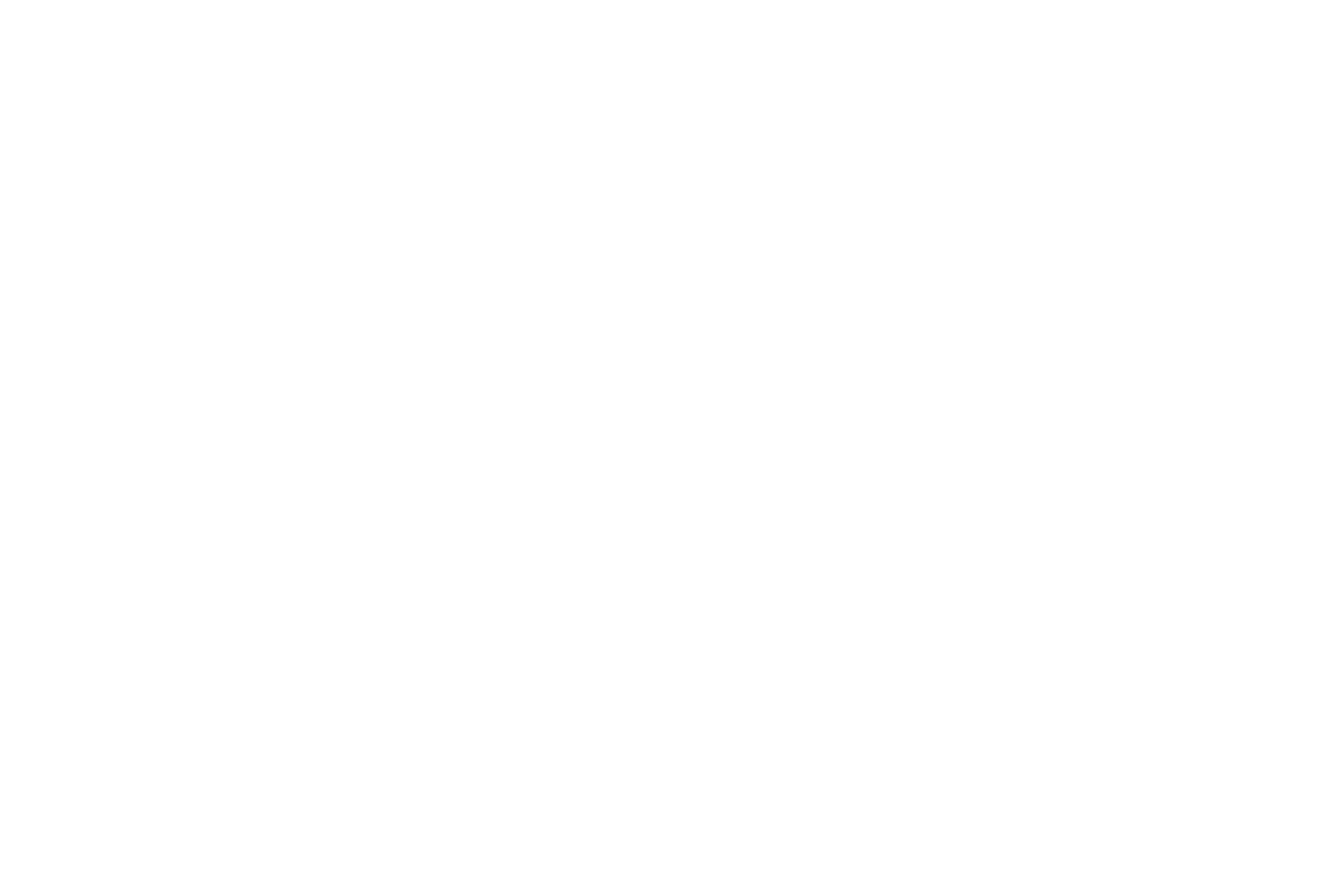 Ty Herndon knows a thing or two about love and acceptance. Initially embraced by country music fans in the mid-to-late 1990s, a series of unfortunate events, including some related to his sexuality, sidelined his career. After proudly coming out as a gay man in 2014, and finding personal and public acceptance, Herndon has performed at Pride festivals and released albums in which he sings songs with same-gender pronouns. One of his greatest accomplishments is the formation of The Foundation for Love & Acceptance and its annual music event The Concert of Love & Acceptance. Performers include Herndon, Kristin Chenoweth, Kathy Mattea, Brothers Osborne, Terri Clark, Brooke Eden, Chris Housman, Gretchen Peters, and Tenille Townes, to name a few. This year’s event beneficiaries include GLAAD, MusiCares, and Nashville’s Oasis Center. Ty was generous enough to answer a few questions in advance of the concert.

The all-star 2021 Concert for Love & Acceptance takes place on June 30, 2021, at 8:00PM ET and is going to be live-streamed exclusively on CMT’s Facebook (Facebook.com/CMT) and YouTube (YouTube.com/c/CMT) channels, and at F4LA.org/Concert.

Gregg Shapiro: Ty, would you please say a few words about the genesis of The Concert of Love & Acceptance?

Ty Herndon: At the beginning of creating Love & Acceptance, I’m so happy I trusted my heart. I’ve said this many times, but I stand by this. I wanted to do something for that 14-year-old kid that’s at home watching the CMA Awards. For me, it was Hee Haw [laughs]! (Thinking to myself) “Oh my God, I want to sing with Tammy Wynette one day.” But now it’s that kid, who wants to sing with Maren Morris and feels like they’re broken, and they don’t fit in. I don’t know one actor, singer [laughs], anybody in entertainment that has ever felt like they fit in. It’s a nomadic job. I said from the beginning that I wanted to make that kid, who was also me, sitting out there, wherever they’re from, or their gender, think that they can do anything they want to in this world. It’s just getting the right messaging.

GS: On June 30, 2021, the latest The Concert of Love & Acceptance, is being presented with an all-star cast. Did you ever imagine when you first came up with the concept that you would still be involved with each one that followed, and the success of it?

TH: I hear “you’ve got to stay relevant in the business” so much! Reba (McEntire) told me one time, “You’re constantly reinventing yourself, and there’s nothing wrong with that. It’s always moving, always evolving.” I always credit my Concert of Love & Acceptance for keeping me kind of relevant [laughs]. In a great way because I get to meet and talk and work with all these affirming hearts. Whether they’re on our red carpet or whether they’re on the show or it’s a friend like Terri Clark who’s been around with me forever. Or Kathy Mattea! A lot of these generations of kids will be watching the show because of Brothers Osborne and some of these amazing new acts that are on the radio today. (But) they don’t know who Kathy Mattea is! So, we’re going to tell them!

GS: I’m so glad that you mentioned Kathy and was happy to see her in the line-up! I remember how supportive she was during the early years of the AIDS crisis, performing at benefits, as well as contributing songs to the Red Hot + Country album. What does it mean to you to have her be part of the concert?

TH: I was watching the CMA awards that evening when she was the only artist who had a red ribbon on. A lot of the artists were wearing the green ribbon for supporting the earth and environmental awareness. That red ribbon stood out like crazy! I remember thinking, “Wow, she’s really brave!” There are soldiers out there who tell the truth, no matter what the cost. I love that! I try to stand for that today. Having the opportunity to be the word “authentic.” I hear a lot of kids say, “What does that mean?” today! I’m like [laughs]… I can see the window for me to learn something, so I go, “I don’t know. Why don’t you tell me?” Back to Reba, “Constantly growing. Moving forward.”

GS: Also among this year’s performers is longtime ally and icon Kristin Chenoweth. What does it mean to you to have her on the roster?

TH: Well, she really didn’t have a choice because she’s one of my best friends [big laugh]. I was talking to her yesterday. I said, “Oh, you saw your picture on the announcement? Oh yeah, you’re doing the show!” With a star of her magnitude, friend or not, I have to go through the proper channels. She has a great team of people and they were so delighted. We’re closing out the show with Kristin and my performance this year. It’s gonna be…I can’t tell you, but make sure you stay tuned [laughs].

GS: Has it gotten easier over the years to get performers to say yes, to agree to take part in The Concert of Love & Acceptance?

TH: I’m gonna tell you something right now and I’m probably gonna get emotional. On press day, two days ago, the amount of stuff we used to have to fight for just to get noticed, it just was there. I work hard, yes, but I have a team of people that work so hard. We had a meeting yesterday and we were talking about this. It’s nice to have the phone ringing, for people to actually want to do the show. It’s mind-blowing and I get emotional about it.

GS: That’s understandable. You mentioned the Brothers Osborne and the 2021 Concert for Love & Acceptance features some incredible out country acts including TJ Osborne of the Brothers Osborne, Brooke Eden, and Chris Housman. Since coming out, would you say you are encountering more LGBTQ+ folks in country music?

TH: You know what it’s like to turn on (SiriusXM country music station) The Highway and hear (lesbian country artist) Lily Rose? I’d mean, like, wow! Hold on a second, you got me all emotional again.

GS: Sorry. I have that effect.

TH: [Laughs] the fact that I am a big old strong cowboy and I cry about this; that’s the answer to your question. Things are changing and we’ve been able to see that. It’s awesome.

GS: Do you think that Cody Alan, being an out person on CMT, has helped the Nashville and country music-loving community become more accepting and open-minded?

TH: I think everybody knows how luxurious and awesome and wonderful Cody Alan is. The way he speaks shows his confidence and his authenticity, and how he can stand next to people who agree and people who don’t agree and still matter and know that he matters. I’ve told him this to his face, “What you’re doing is probably the greatest work.”

GS: Yes, it’s good to have him in the community. Because of The Concert of Love & Acceptance, and your involvement in various charitable events, you can proudly call yourself a philanthropist. What does it mean to you to be able to have such a distinction?

TH: [Laughs] I’m going to say something, and I think all my LGBTQ brothers and sisters will laugh about this. I’ve often thought that that word sounds like the name of a drag queen. “Ladies and gentlemen, welcome to the stage, Miss Phyl-Ann Thropist.” But seriously, I just try, on a daily basis, to wake up and, you know I’m a sober guy, so as long as I follow my program and I do something for someone else, it saves my own [rear]. I feel like being who I am today keeps me alive.

GS: Finally, Ty, is there any chance that there is new music from you in the works?

TH: I’m going to give you the scoop, my friend. The album is called Jacob. It’s a body of work that I have written with some of the most wide-awake, sober, intelligent, life-changing people in the world. These lyrics mean a lot and we tracked nine songs yesterday. It was one of the most emotional days I’ve ever had because the album is so personal.

The all-star 2021 Concert for Love & Acceptance takes place on June 30, 2021, at 8:00PM ET and is going to be live-streamed exclusively on CMT’s Facebook (Facebook.com/CMT) and YouTube (YouTube.com/c/CMT) channels, and at F4LA.org/Concert.

Additional information below, courtesy of The Foundation for Love & Acceptance:

For more information and ongoing updates, as well as to RSVP for the live online event, visit the Foundation for Love and Acceptance at www.F4LA.org.

About The Foundation for Love & Acceptance

Founded by Grammy-nominated and Dove Award-winning country music artist and philanthropist Ty Herndon, the Foundation for Love & Acceptance uses the power of music and media to support the country music community and raise vital funds to support LGBTQ youth and families. For more information, visit www.F4LA.org.

GLAAD rewrites the script for LGBTQ acceptance. As a dynamic media force, GLAAD tackles tough issues to shape the narrative and provoke dialogue that leads to cultural change. GLAAD protects all that has been accomplished and creates a world where everyone can live the life they love. For more information, please visit www.glaad.org or connect with GLAAD on Facebook and Twitter.

MusiCares helps the humans behind music because music gives so much to the world. Offering preventive, emergency, and recovery programs, MusiCares is a safety net supporting the health and welfare of the music community. Founded by the Recording Academy in 1989 as a U.S. based, independent 501(c)(3) charity, MusiCares safeguards the well-being of all music people through direct financial grant programs, networks of support resources, and tailored crisis relief efforts. For more information please visit: www.musicares.org.

Oasis Center is a 501c3 nonprofit celebrating over 50 years of serving youth in Middle Tennessee with the mission of building relationships that advance youth well-being, amplify youth voice, and inspire action toward a just community. Based in Nashville, Oasis Center provides over 20 unique programs and services – from crisis intervention and youth leadership to community engagement and college and career access dedicated to improving the lives of marginalized youth in Tennessee. For more information about Oasis Center, please visit www.oasiscenter.org

Thinking Cap Theatre Presents Meet the ‘Gettes and A Baby, A Birdcage & the Ballot Box