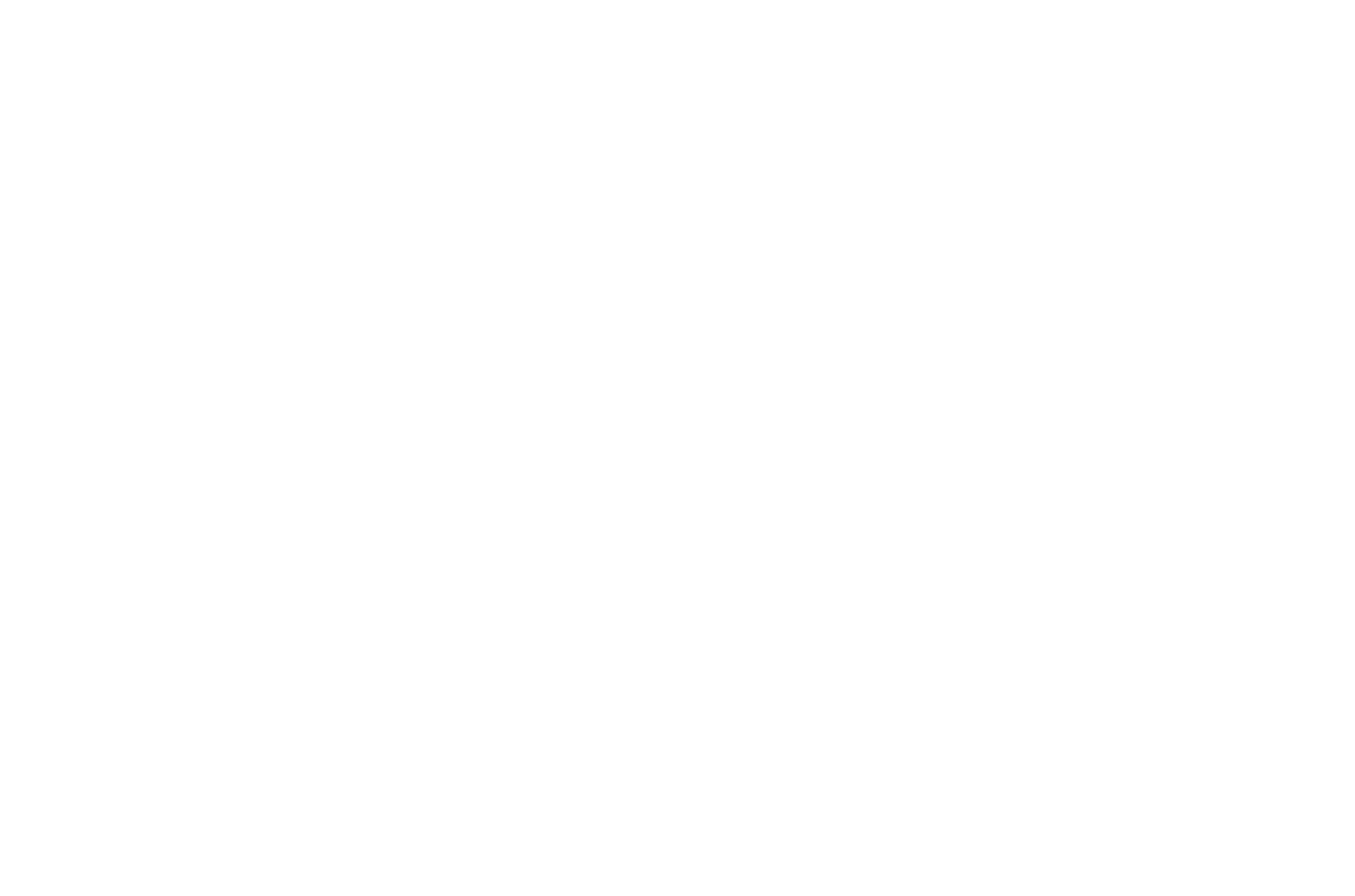 An Interview with Chef Yaniv Cohen

Don’t talk to chef Yaniv Cohen if you are the least bit hungry because by the end of the mouth-watering conversation you may find yourself in the kitchen, rifling through the refrigerator and cabinets, looking for something delicious to prepare and consume. Cohen, the man behind the popular Miami restaurant Jaffa, the author of the cookbook My Spice Kitchen, proprietor of TheSpiceDetective.com, and a fierce competitor on Netflix’s Best Leftovers Ever!, took time out of his busy schedule to answer a few questions.

Gregg Shapiro: I’d like to begin by congratulating you on the expansion of your restaurant Jaffa, including the forthcoming new location in Hallandale, FL. Why was Hallandale selected?

Yaniv Cohen: It was a combination of a few things. My first location is in Miami. We started getting a lot of clients from Hallandale, Hollywood, Aventura, and even Fort Lauderdale, driving all the way down to Miami. People always want you to be in their neighborhood. I realized there was a huge potential. A developer, who is also the landlord, started developing a beautiful place between Aventura and Hollywood in Hallandale Beach called Atlantic Village. He wanted to create, in Hallandale, a place for people to go and have great food and activities for kids. He has a swimming academy for kids and a soccer field on the rooftop. Language schools, gyms, and beauty salons. Things that it felt like that specific area was missing. The community is growing. A lot of people are moving from the north. There was a need for all those elements in the community. He loves Jaffa. He actually approached me and said, “I have a space for you. We would love to have you here. I will help you as much as possible to get this thing started.” Of course, this was before COVID! I felt that it was a great win-win situation. We are getting closer to some of our clients. We are providing a great experience of Israel, Middle Eastern, and Mediterranean influences. Sometimes things come together, and it was the right moment and the right location. I felt there was great potential to be a part of that community.

GS: What would you say is in your background that led you to want to cook and host?

YC: As you know, I come from Israel. My family made aliyah (immigration) from Iraq and Tunisia. Countries with incredible food. Family, Jewish holidays, and Shabbat (sabbath) were always important. Every Shabbat dinner we had a huge meal with friends and family coming over, or we would go over to their place. You could say that hospitality is part of my DNA. Before I even went to school, all I saw was food appearing from like the smallest kitchen you can ever imagine. We have a lot of holidays and Shabbat is once a week. My mom needed help. I’m the oldest of five boys. I told her I would like to help her. I started cooking for my brothers first. Then my mom let me cook for her and my father [laughs]. Their taste buds were a little more developed. Every time I would get stuck on a recipe or I had questions, I would ask my mom. I burned quite a few dishes and made mistakes, but I have to say my mom gave me a lot of encouragement. Almost like a blank canvas on which to experiment. That’s how it all started.

GS: From your perspective as the Spice Detective, is there one spice you simply can’t live without?

YC: [Laughs] that’s the question everybody asks me. It’s a very tough question. What can I tell you? I love all of them. I want to say one and then another one comes to mind. But, if I have to choose one, there’s one that I really love because you don’t even have to cook it. It’s za’atar, which is a Middle Eastern herb from the family of thyme and oregano. We grind it and add some toasted sesame and a little bit of salt. It can go on cheese, your pizza, salad, or fish. You can just sprinkle it in your olive oil and dip your bread in it. It’s like a whole new experience. It’s so delicious and earthy.

GS: What would you say is your favorite, late-night indulgence dish?

YC: I would have to say pizza, to be honest. If it’s late-night and maybe I had a couple of drinks, the thing that could soak it up is a nice slice with delicious spices and toppings. Za’atar would go very well on it. My favorite is the Neapolitan pizza which has a very nice crust. There’s a delicious doughiness to it. It’s crispy on the outside and the cheese just stays in the center. It’s so good. Melted cheese with tomatoes and bread.

GS: What could be bad? When did you first become aware of the link between spices and wellness?

YC: I think from a young age all of the conversations at the dinner table would be, “This is healthy, this is healthy. Eat some onions, eat some herbs.” It wasn’t like my family only had health foods. I didn’t see the inside of a restaurant until a late age. All my food was homemade. Everything, every meal. Even a sandwich I would take to school would have an omelet with onions, cilantro, parsley, a little bit of turmeric, salt, and pepper. All in a fresh baked pita with hummus and Israeli salad. That would be lunch. Home-cooked meals are usually healthier because they’re not processed food. That makes a big difference. The body can recognize all the ingredients, take them apart and use them for fuel and nutrition. I was taught when I was young about the benefits of food. Sometimes you take it for granted. As a kid, you think every family talks about it or everybody knows the anti-inflammatory benefits of turmeric. When I got to the U.S., I realized that wasn’t the case.

GS: What drew you to Miami?

YC: I love Miami. When I moved from Israel, I moved to New York first, in the late 1990s. New York was very exciting then. I suffered with the cold weather and the lack of a nearby beach. The climate was very different. I was absorbing a lot of knowledge and working for different chefs, different restaurants. It was exciting. But, every time I would come to Miami for a little vacation, I would be like, “Oh my God, I need to be by the beach!” What I was doing back in New York was working, together with my business partner, for a catering company. We moved to Miami in 2005 and we were not happy with the catering (here). We would come as guests. We thought to ourselves, “We love Miami so much. Florida is so beautiful. Miami is growing. Art Basel is happening every year. We might need to bring some of our services down here.” I had been thinking about opening a restaurant in New York; thank God I didn’t. We decided to open a Miami branch of our catering service for different corporations and companies. I fell in love even more with Miami and Florida.

YC: I think that what has happened in Israel in the last 20 years is incredible, as far as gay and trans rights. Israelis are very vocal about everything, including their rights. Tel Aviv is a very gay and gay-friendly city. Gays are a part of life. There’s no gay neighborhood in Tel Aviv. Every neighborhood is a little bit gay, or straight-friendly. Gays are also all over the media. You have gay actors, gay anchors, and gay hosts. The 2019 Eurovision (song contest) was one of the gayest! On the one hand, Israel is a very traditional country with family and religion and history. On the other hand, it’s very advanced.

YC: It’s very progressive on many issues including gay and transgender visibility. They’re not afraid or ashamed, and they speak up. You know how it is, Jews always speak up [laughs]. It’s in our DNA. I find Miami to be very gay-friendly, as well. Fort Lauderdale is a very gay city, too.

GS: Being from Israel, what are your top three off-the-beaten path sights every person needs to see on a visit to Israel?

YC: Most tourists never check out the underground pools in Ramla. This unique boat ride takes you through a 500-square-meter fish-filled reservoir within an eighth-century arched structure in Old Ramla called the Pool of the Arches or the Pool of the Goats (in olden times, residents would water their goats between the arches). Five rows of three stone columns each hold up the ceiling and special lighting affords beautiful reflections on the water. Ga’ash Beach is located about a 35-minute drive to the north of Tel Aviv. You’ll need a car, or a local with a car to get there. It’s not an official beach, and there are no lifeguards, but it is beautiful, and the rock and cliff formations are unique. The sandy and rocky beach is clothing-optional and has a reputation as being a gay beach (although many clothed and straight people also go there, too). The beach is popular with locals, and there is plenty of space to relax, bring water, drinks, and snacks. Akko (Acre) is often skipped by tourists while visiting Israel, but I think it is a must see. The old city is stunning! It represents tumultuously the history of the Land of Israel possibly better than any other city in the country. Akko is a city that has been shaped by the Romans, Ottomans, Crusaders, Mamelukes, Byzantines, and British, and fittingly is today home to a brilliantly coexistent mixed population of Jews, Christians, and Muslims. The Old City of Akko is a UNESCO World Heritage Site and one of the oldest ports in the world. The city is also home to part of the Bahai World Center (the other part being in Haifa, just down the road). I would say don’t miss the world-famous fish restaurant Uri Buri in Akko, and check out one of the best hummus spots in Israel, Hummus Said.

GS: Finally, you were a competitor on Netflix’s Best Leftovers Ever! What was the best part of that experience?

YC: The best part for me was being challenged in ways I wasn’t challenged before; unfamiliar kitchen, mystery items, and turning leftovers into a new, delicious, beautiful meal and doing all of that in a time restricted manner against other talented chefs. Wow, what an adrenaline rush [laughs]!