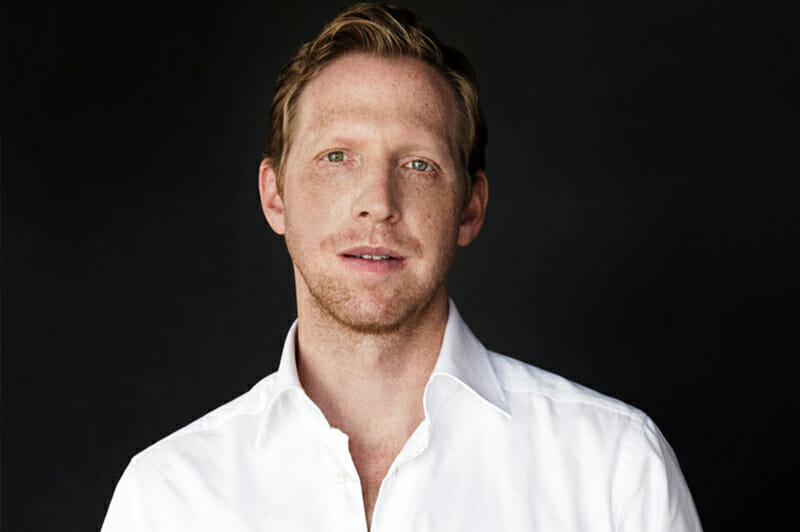 An interview with filmmaker Matt Tyrnauer

There’s no doubt that documentary filmmaker Matt Tyrnauer is on a roll. You may recognize his name from his award-winning 2008 doc Valentino: The Last Emperor, about the titular gay fashion designer. It’s more likely, however, that it’s his current popular release Scotty and the Secret History of Hollywood, which opened in theaters this summer that has caught your eye. The doc, based on Scotty Bowers’ memoir in which he recounts his life as procurer to the stars, has them lining up at the box office. Tyrnauer’s new doc Studio 54 (Altimeter Films), which is currently making the LGBTQ film festival circuit, is an eye-opening look at the history and abrupt end of the renowned late-1970s Manhattan disco Studio 54, as told by co-founder Ian Schrager and a host of others. I spoke with Matt about his movie in early autumn 2018.

Gregg Shapiro: I’d like to begin by congratulating you on the positive reception that Scotty and the Secret History of Hollywood has received upon its release.

GS: What does that mean to you as a filmmaker?

MT: I’m thrilled that Scotty has been so well-received. It’s a very important movie to me because it pulls together a lot of thematic strands that are of interest to me and have appeared in my other work, among them alternate histories, being material about Hollywood itself, the exploration of a character in a very deep way and coming at a character in, perhaps, an unexpected angle. The material is difficult, so that people, by and large, have responded to it positively, means an extraordinary amount to me.

GS: Scotty and the Secret History of Hollywood along with RBG, Won’t You Be My Neighbor, Three Identical Strangers and Fahrenheit 11/9, to name a few, are the reason that 2018 is being called “the year of the documentary”. As a doc filmmaker, what does it mean to you to see the genre experiencing such popularity?

MT: It’s not only the year of the documentary, it’s the year of the theatrical documentary, which I think is very significant. I’ve been a big proponent of the theatrical doc which is something that has been declared dead many times, even since I’ve been making documentaries. I think that it’s extremely important for documentaries to be in movie theaters because they, like all film, should provoke conversation. I think there’s nothing to replace the theater-going experience for the conversation that occurs generally after the movie ends on the way up the aisle, out into the street and maybe to the restaurant or the bar. That newly discovered phenomenon of theatrical documentary, said with irony, is really welcome and not surprising to me. I feel like people have been saying to me for years, “The movies I really like to go see are the documentaries.” It’s kind of like a whispered aside. I think that it’s come into its own because theatrical films are so polarized now. There are the blockbuster tent-poles and there are the little scrappy indies. The so-called sophisticated, mid-budget films, which are the films a lot of people at least like, sort of disappeared from the landscape. To me, these successful theatrical docs have filled that void.

GS: How much does your being a journalist have to do with your interest in doc filmmaking?

MT: I think it’s related. I started my career as a journalist, but always had a keen interest in film. I was even a film major in college. It seemed like a logical progression to me to make the leap from long-form journalism to documentary filmmaking. One thing that I found mildly frustrating as a writer was that I have a visual side to me and it was not possible for me to flex those muscles as a writer. Let alone the fact that writing is the loneliest job in the world and filmmaking is the least lonely and most collaborative. There’s a lot less loneliness and a lot more happiness in the doc world.

GS: Your new doc Studio 54, which is screening at the OUTshine Film Festival in Fort Lauderdale in October, is an unflinching look at the famed disco and those associated with it. What inspired you to take on this subject?

MT: Studio 54 is one of those subjects that I think is prime for a documentary.  Because it’s something that people think they know about but they don’t really know about. I’ve always found that fertile ground. The basic story is known around the world, but it’s never been given the full-dress documentary treatment. It’s a fascinating story that has a lot more to it than sex, drugs and disco, which is the version of it that normally gets told. Like with Scotty and the Secret History of Hollywood, it might seem at first like a frivolous subject matter – nightclubs and music and celebrities and bacchanalias – but I think there’s a lot more to it which I was keen to explore.

GS: Early in the Studio 54 doc, Ian Schrager, one of the co-creators of the disco (and as he put it, one of only two people who could tell the story) says that after almost 40 years it’s all right for him to talk about. How long had you been in contact with Schrager before you were able to begin production?

MT: I’ve known him because I wrote about him. We discussed the film project for a few weeks before we agreed to make the movie.

GS: What was involved in the process of gathering other interview subjects?

MT: It’s interesting, there’s a kind of Studio 54 diaspora. The club was only open for 33 months in its original incarnation. The people who helped create the club and staffed it for those 33 months are very attached to each other spiritually. Even if they weren’t in touch on a regular basis, it’s just what I called it – a diaspora. They all have a common origin story and Studio 54 helped define their lives. If you know a few of those people, they lead you to all of the rest.

GS: Roy Cohn was Ian Schrager and Steve Rubell’s lawyer during their legal troubles with the IRS and the government. Were you already planning to make Where’s My Roy Cohn? your next doc project or did the concept come about while you were making Studio 54?

MT: It absolutely came out of Studio 54. I was watching all of this archival footage of Roy Cohn and became fairly mesmerized by his onscreen persona, which has been described as “serpent-like”. He’s really compelling to watch. He has this Dark Prince of the TV Tube persona. He was on my mind a lot as a character and someone who hadn’t been explored in a documentary. That’s how that came about.

GS: Lastly, would you please say something about the queer subject matter in your films, including Valentino: The Last Emperor, Scotty and the Secret History of Hollywood, Studio 54 and the upcoming Where’s My Roy Cohn?

MT: There’s a lot of queer in my movies which I’m very happy about. There’s a lot of queer in me, too. To the extent that I believe that films should be personal, that’s one of my themes and it’s not a coincidence and it’s no mistake. Each of the films you mentioned looks at the subject matter in its own particular way. I believe that sex is politics. My friend Gore Vidal told me that. I make political films that might not seem on the surface to be political. Sex and sexuality are themes that these films have in common. To the extent that I’m fascinated in exploring that, it’s a political subject for me and I’m not going to stop exploring it as I continue on in making future projects.

The songs of Sarah