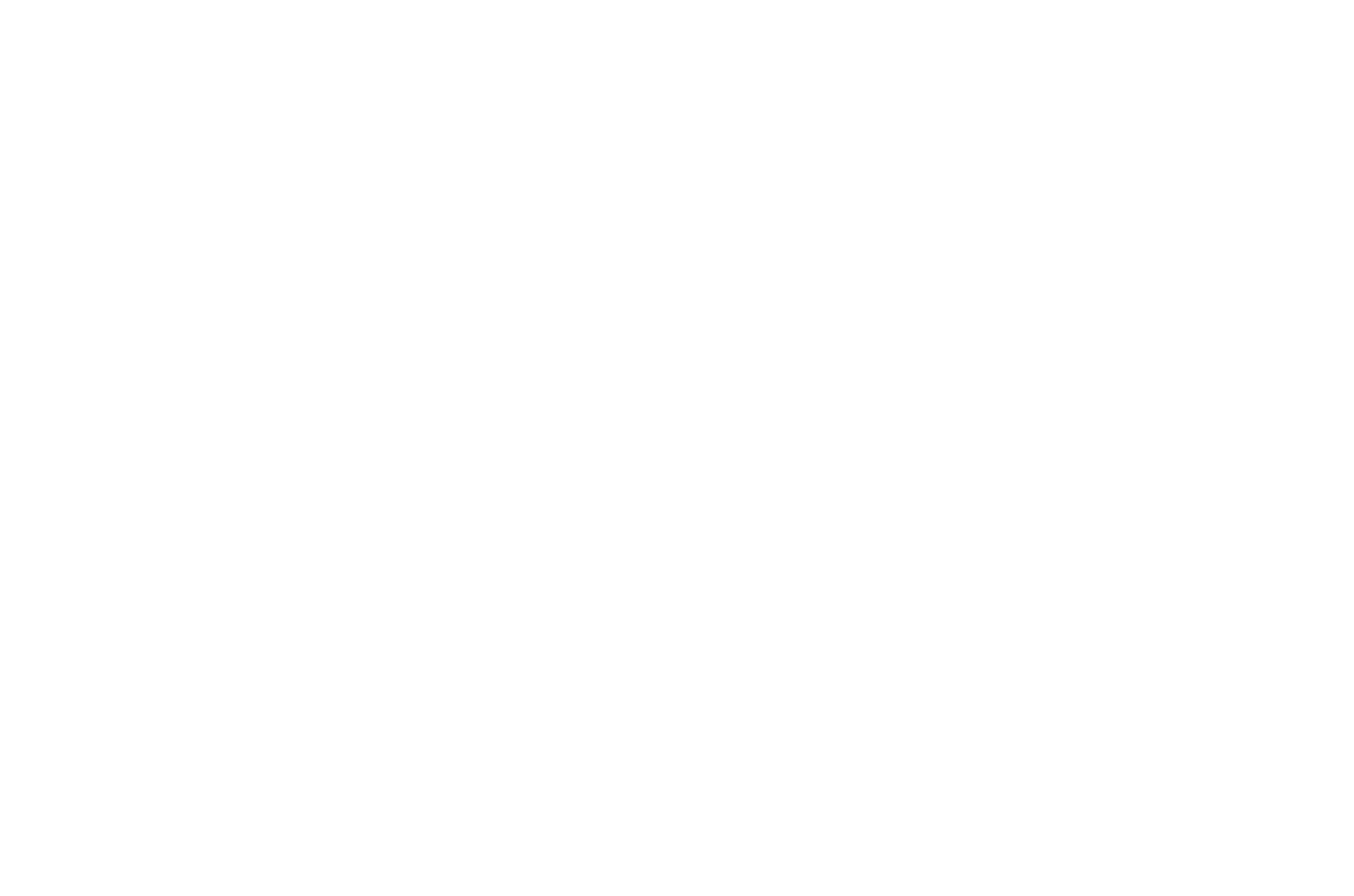 An interview with David Pevsner

Talk about truth in advertising. The filmed version David Pevsner’s one-man show, Musical Comedy Whore (Breaking Glass Pictures), is indeed a musical, with original songs written or co-written by Pevsner (with the exception of one number). It’s a comedy that is sure to have viewers laughing out loud on multiple occasions. As for the “whore” part, Pevsner goes into great detail about his sexual exploits, including his time as a male escort. Combine that with Pevsner hooking while he was also hoofing on Broadway, and there you have it, straight, so to speak, from the source.

Gregg Shapiro: Your show Musical Comedy Whore is a “one-man musical.” Do you think this is a theatrical format that may become increasingly popular now that we are living in the age of COVID-19?

David Pevsner: I know as theaters try to figure out how to produce live shows, they are going to become clever and hopefully responsible to protect their audiences. I think it will start small with shows such as mine, and perhaps playwrights will begin to write stuff specifically to be performed in this odd age. I don’t know. Whatever the case, I hope theatre comes back. Otherwise, we’re going to be home in our underwear watching Zoom performances with boxed-in actors and crappy lighting until this nightmare is over.

GS: The filmed stage production of Musical Comedy Whore debuted on VOD and DVD September 2020. Why did you decide to film it for release in this manner?

DP: I had always wanted to film it. I thought it was something that had not been done a lot on film, a one-man musical, plus I liked the idea that people could watch while, as Barbra Streisand says, “I’m taking a bath at home.” When I was doing the show in Chicago, a friend brought a guy named Patrick Schaller to the show and afterwards he asked if I’d ever thought of filming it. Bingo! So, we finally put together an evening in Burbank at the Colony Theatre and shot it. When it was finished, we were hoping to get it on the festival circuit, and we had our first screening in NY … and then COVID-19 reared it’s very ugly head. Festivals were not going to happen the way we all hoped. Rather than wait a year, I asked Patrick and his partner Clay Ebert to seek out distribution, and sure enough we got it through Breaking Glass Pictures. I will miss the fun and camaraderie of the festivals, but it’s more important to me that it gets out there for people to watch and enjoy.

GS: The stage production was filmed in front of a live audience. Please say something about the choice to do that versus filming it without an audience.

DP: I think the audience is such an important part of this. I talk and sing directly to them, as well as play characters and scenes for them to watch, and I feed off their energy. That’s what makes live theatre so special. There’s a huge give-and-take. And because some of the subject matter of this show is a little, um, adult [laughs], I think it’s important to have the audience as a barometer as to whether it’s working or not. There’s a difference between challenging an audience with adult subject matter and outright turning them off. I prefer the former; and having them laugh and respond as they do helps me to know that I haven’t steered off the track. An uptight audience is not going to laugh at a fisting joke, and if it played badly live, who knows how it would play on film. It’s a very fine line, and that line gets tested a few times in this show. Normally for something like this, you’d run the show for a whole bunch of performances, and then shoot it over a period of days. We didn’t have that in the budget. It was one night — that’s it. And I hadn’t done the show in almost a year, so I was nervous. It was like getting on a very sturdy bike. I think the show itself works. We did one performance for the audience and then after they left, we did pickups without them. My fantastic editor Mark Dashnaw made it all seem seamless.

GS: The songs “What’s It Like To Be You,” “The Best Part,” “The Book of Lust,” “The Naked Maid,” and “I Gotta Give It Up To Love” appeared on your 2015 album Most Versatile. Was Musical Comedy Whore in the works at that time or did the songs come first and were then worked into Musical Comedy Whore?

DP: Actually, the story came first. I wrote a screenplay called Dog Days that incorporated a lot of the story that’s in the show after the events happened to me. I needed to get it down in some way so I chose a film script. I almost got the film made a few times, but it never happened. Then in 2013, I did a benefit reading of my first one man show To Bitter and Back and I had forgotten how much I enjoyed talking and singing my experiences to an audience, telling stories that they related to. I toyed with doing Dog Days in that way, but for years, I did not want to stand in front of an audience, live, and tell them I was a hooker. But, after doing To Bitter… again, I realized I could do it and that it could be relatable and universal, and that I had the songs already. They originally came out of the real life experiences that are part of the story. It was a no brainer to marry it all together. I wrote a couple of songs for the show, rewrote a couple more, and after many readings, it all worked together to tell this very adult, but very sweet, and resonant story.

GS: Musical Comedy Whore lives up to its title when it comes to comedy, but it also has a serious side, beginning with the story of “Gus” and your coming to terms with being a “body Nazi.” Do you know if “Gus” has ever seen the show, and if so, what he thinks of it?

DP: I actually got back into contact with him briefly, wishing him happy birthday on Facebook. We chatted briefly. Then, I told him about the film and that I would love for him to watch it from a press perspective, as he’s an entertainment journalist. I also mentioned that he’s a character in it. So far, he’s not read those messages as that little head ball hasn’t dropped … well, I think he hasn’t. We’ll see.

GS: The sense of shame you experienced regarding your sexuality while you were growing up is one of the more serious aspects of Musical Comedy Whore. Do you think that becoming a “body Nazi” was a result of that?

DP: Absolutely. We all have dealt with shame about sex, especially as gay men. Society may be kinder to us than it was, but it still makes them uncomfortable to think about two guys [doing it]. I held back sexually for years, but when I built myself up, I felt more confident about sex in general. However, I did a 180, not only going from skinny guy to muscle dude, but also negating anyone whose body didn’t turn me on sexually. Ugh! I think back on how exclusive I was and I just cringe. It was my journey, and I think a lot of folks, not just gay men, identify. I’ve been on both sides, the desirer and the desired, and it certainly felt better to not be rejected, but in reality it was all pretty hollow. We can be so damaged early on about sex that it manifests in odd ways. Mine was by becoming a “body Nazi.”

GS: As difficult as the relationship was with your ex-boyfriend Cory, it led you to the revelation that your life as an escort allowed you to see beyond men’s bodies and to seeing men differently. Do you think that would have occurred if you hadn’t been confronted by him?

DP: I do. I was open to a guy like him after having not been, so if it wasn’t him, it would have been someone else. I was ready for more, something deeper, and that happened because I was asked to get intimate with guys that did not fit my physical ideal, and I found I could truly connect, to look for more than outer beauty, and to redefine what attracted me to a man. Having him challenge me the way he did, having to defend myself and my journey, just made it crystal clear to me how I’d changed and what path I needed to take when it comes to relationships. He was my test and I came out of that whirlwind sadder, but wiser.

GS: Musical Comedy Whore concludes with the empowering number “Coming Clean”, as well as the message about the importance of expressing your sexuality in this more conservative age. What kind of cultural changes do you anticipate if the Biden/Harris ticket wins the election in November?

DP: Your mouth to God’s ears! I don’t know that there will be any great cultural changes right away because no matter what happens in November, the lines have been drawn and we are always going to have to fight for what we believe in. And by the way, liberals can be just as icky as conservatives when it comes to sex. I don’t trust that if the Left becomes the prevailing party that America is going to suddenly become totally inclusive and non-judgmental about it. My mission is to normalize all that and have it not be shameful. Be who you are, enjoy what you want, just don’t hurt anyone or yourself in the process. We still have a long way to go.

GS: If an actor came to you and said they wanted to perform Musical Comedy Whore, would you be open to the idea?

DP: I would definitely be open to that. I would love it! It is so personal and I would probably want to be sure to at least give notes. I’ve had stuff of mine performed and watched terrific actors not quite get why things are written the way they are and playing the generalities of the character rather than the layers. It would kill me to watch someone play this guy as just a nice Jewish boy turned sex-crazed hooker. On the other hand, I’ve seen performers show me remarkable and unexpected stuff in my words that I didn’t even know I’d written. That’s exciting for me.

GS: When I saw you last year, you mentioned that you were writing a book. Where are you in that process now?