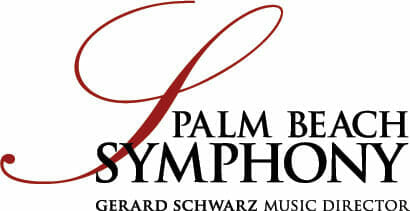 Two impactful instrumental music educators and a cellist the New York Times has described as “an elegant and accomplished artist” will share a total of $10,000 as recipients of this year’s prestigious Randolph A. Frank Prizes that recognize performing artists and educators who enrich the quality of the performing arts in Palm Beach County. 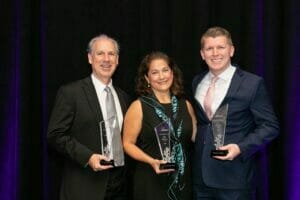 Cellist Claudio Jaffé is recognized as the winner of the performing artist category. Honored in the category of performing arts educator is Stefanie Katz Shear, dean of the music department and director of piano studies at the Alexander W. Dreyfoos School of the Arts. Wesley Lowe, Jr., director of instrumental arts at The King’s Academy, is named the emerging arts educator prize winner.

Palm Beach Symphony has managed and hosted the nomination process and award presentation since 2019. The awards were bestowed at the final after-concert dinner of the 2021-2022 season. All three winners were an integral part of the season finale celebration as Katz Shear’s piano students performed in the lobby at the Kravis Center prior to the concert, Lowe’s jazz quintet from The King’s Academy performed at the dinner and Jaffé performed on stage as principal cellist with Palm Beach Symphony.

A resident of West Palm Beach, Jaffé has performed throughout the community as a cello soloist, chamber musician and orchestra player reaching thousands of people of all ages and all walks of life. In addition to Palm Beach Symphony, he is also principal cellist of the Florida Grand Opera, cellist of the Delray String Quartet and resident conductor of the Florida Youth Orchestra for more than 20 years. Jaffé also serves the community as a regular performer at the Osher Lifelong Learning Institute at FAU in Boca Raton, presenter of lecture-recitals at the Cox Science Center and Aquarium and the Max Planck Florida Institute for Neuroscience, performer at the Norton Museum of Art and the Mandel Public Library of West Palm Beach, and has participated in hundreds of Palm Beach Symphony classroom coachings and workshops in area schools. Jaffé founded the strings program at Saint Andrew’s School in Boca Raton. In addition to performing, he teaches at Palm Beach Atlantic University and previously served as Dean of the Lynn University Conservatory of Music where he established its preparatory division. 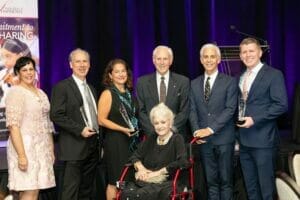 Katz Shear, a resident of Jupiter, has served in her current role for 13 years giving direction to hundreds of Dreyfoos student musicians and directing them to greater futures in music Known for building a rigorous music theory program, she worked closely with the college board to develop AP music theory materials that prepare students for top music conservatories, resulting in an extraordinary record of students scoring the highest possible grade on the annual test. As director of piano studies, her students perform throughout the school year in a variety of recitals, working as solo artists as well as collaborating with fellow Dreyfoos music students. Her piano students have graduated and gone on to attend esteemed universities and conservatories throughout the world. Katz Shear has also coached numerous artists while serving for successive seasons as a rehearsal pianist for the Masterworks Chorus of the Palm Beaches and as an accompanist for Palm Beach Opera Studio. In addition, she served as adjunct professor of tonal harmony as well as a staff accompanist and vocal coach at Palm Beach Atlantic University for nine years.

Named the director of instrumental arts at The King’s Academy in 2019, Lowe has been recognized by the school with the Teacher Excellence Award and Bright Idea Award, and received national recognition as a quarterfinalist for the 2022 Music Educator Award presented by the Recording Academy and GRAMMY ® Museum. Lowe extended the school’s instrumental music education program to 4th grade students thereby doubling enrollment. His students have received many honors including the student jazz ensemble (Improvisational Excellence Award from the 2018 Essentially Ellington Festival, Sweepstakes Award winner at the 2019 Atlanta Southern Star Music Festival), Symphonic Band (Grand Champion title at the 2019 Atlanta Southern Star Music Festival), and the Middle School and High School Concert Bands (Best Sounding Bands honors at Festival Disney in 2018). The marching band program is also gaining national recognition through performances with the Miami Heat and Miami Marlins as well as in Walt Disney World parades. A resident of Jupiter, Lowe was also named Palm Beach Symphony’s Instrumental Music Teacher of the Year in December 2021.

The Randolph A. Frank Prize was established in 2009 by Nancy and Jay Parker, longtime friends of Dr. Randolph A. Frank, who was an avid patron of the arts. They created the prize with founding chairman Steven Caras, acclaimed dancer, dance educator and photographer.

All established and emerging individuals who regularly perform or engage in performing arts education in Palm Beach County are eligible for consideration for the prize. Palm Beach Symphony creates a panel of judges for each category comprised of experts in those areas who are often located outside of South Florida to ensure there is no bias in evaluating each nomination’s merits. Nominations for the 2023 Randolph A. Frank Prize will open December 1, 2022 and application criteria will be available at www.PalmBeachSymphony.org.

Palm Beach Symphony is South Florida’s premier orchestra known for its diverse repertoire and commitment to community. Founded in 1974, this 501(c)(3) nonprofit arts organization adheres to a mission of engaging, educating, and entertaining the greater community of the Palm Beaches through live performances of inspiring orchestral music. The orchestra is celebrated for delivering spirited performances by first-rate musicians and distinguished guest artists. Recognized by The Cultural Council for Palm Beach County with a 2020 Muse Award for Outstanding Community Engagement, Palm Beach Symphony continues to expand its education and community outreach programs with children’s concerts, student coaching sessions and master classes, instrument donations and free public concerts that have reached more than 56,000 students in recent years.  For more information, visit www.palmbeachsymphony.org.