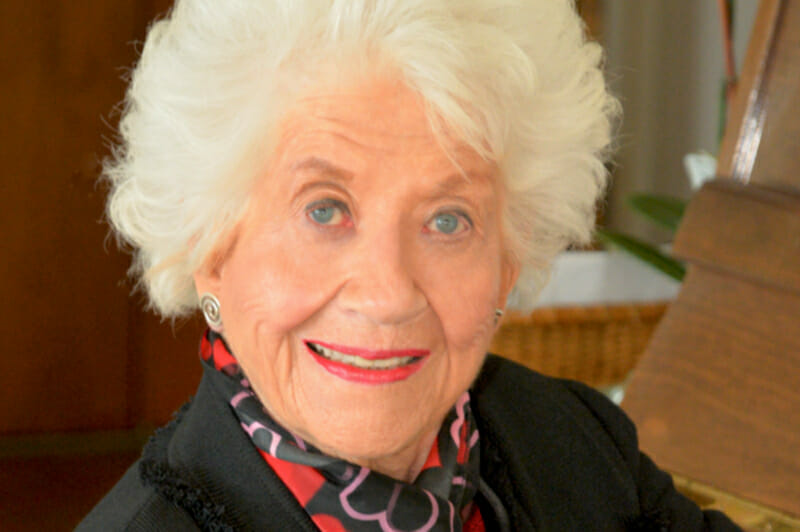 An interview with actress Charlotte Rae

An Interview conducted before her death

There is an entire generation of queer and straight people who grew up watching actress Charlotte Rae on television. First as Molly the Mail Lady on Sesame Street and later as Mrs. Edna Garrett, the beloved housemother on the popular `80s primetime sitcom The Facts of Life. But there is so much more to Rae, including the many years she spent as a stage actress and singer, as well as all of the TV commercials she did in the early days of her career. Rae’s aptly-titled memoir The Facts of My Life (BearManor Media, 2016) tells you everything you could ever possibly want to know about her, including what occurred when her husband came out to her as bisexual. I had the pleasure of speaking with Rae, who turned 90 in 2016, about the book.

Gregg Shapiro: What inspired you to tell your story at this time in your life?

Charlotte Rae: A couple of years ago my son (and co-author Larry Strauss) said to me, “Ma [laughs], you’re 87½. I think it’s time you wrote your memoirs.” I said, “I’m not a writer.” He said, “Well, I am.” He’s a wonderful writer. He’s written many novels. He said, “You talk and I’ll write.” I’m glad we did. After I started telling my story, my history, I realized I was going to let it all hang out. All of it. And I did. The real truth of everything. Yeah, that’s what I did.

GS: So, are you someone who kept a journal or a diary from which you could draw on these memories?

CR: No, I didn’t. But it was wonderful having Larry there. I talked about the struggles we had with my firstborn Andy with his autism. All of the challenges for him and for us, because it was so many years ago and nobody knew about

autism. Then all about alcoholism, my husband and me, and then later on, after 25 years of marriage, my darling (husband) John (Strauss) told me he was bisexual.

GS: You write about being from Milwaukee and Shorewood, and you attended college at Northwestern in Evanston. What kind of impact do you think being from the Midwest had on you personally and professionally?

CR: Coming from the Midwest, which I love very much, Milwaukee was wonderful, but New York really opened my eyes. There were so many different nationalities and marvelous artists. I felt like I was home for the first time in my life when I went to New York; all these young people who were musicians and actors and dancers and artists. It was a wonderful experience.

GS: How long did it take for you to write the book with your son Larry?

GS: You mentioned that you were, in your words, going to “Let it all hang out.” Did you have a discussion with Larry about how much you would be including personal details about him prior to working with him on the book?

CR: Yes, absolutely. He was very accepting and loving. We loved his dad. There was no problem with that. Dad was dad. He was a terrific dad.

GS: You also mentioned alcoholism, which is another subject in the memoir about which you are especially forthcoming; drinking and your more than 40 years of sobriety. Was it important for you to include that in the book?

CR: Very important! Not that I want people to join me. I’m not trying to get people to join Alcoholics Anonymous. That’s not what we’re supposed to do. I just want them to know that I did have a problem and I’m eternally grateful for this program. I still go to meetings. It’s just incredible. I don’t want to sell it to people [laughs]. That’s not the point. It saved my life. I can’t go into detail because you’re not supposed to advertise it. But it’s a warm, wonderful community and you learn how to be of service to other people. You learn how to change your attitudes. It’s extraordinary. I owe everything to Alcoholics Anonymous.

GS: Throughout the book you have kind words to say about other actors, but you didn’t pull any punches when it came to speaking your mind about other actors who might not have been nice to work with, such as Peter Bull and Bern Hoffman. Did it feel good to get that off your chest?

CR: Yeah. Normally, I don’t do that sort of thing [laughs]. Bern Hoffman, I loved him afterwards, but it was hideous working with him. Peter Bull was so anti-Semitic. That was so shocking to me. Smiling at you and then writing such a vicious thing. It was very upsetting to me. I don’t wish them any ill. It’s just that they were very offensive to me. 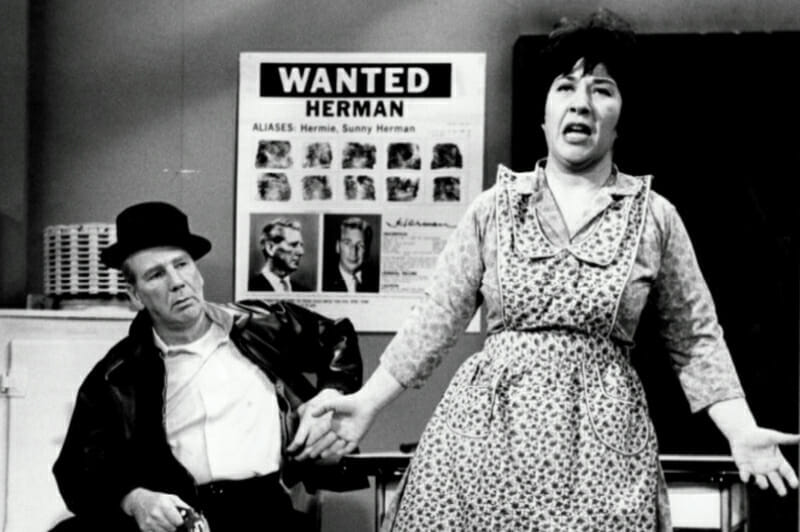 GS: In the chapter titled “Earthquakes,” you write about, as you mentioned, your ex-husband John’s coming out as bi, saying “no need to condemn the man for being human.” Later you also write about seeing him and his partner in a social setting. Do you have any advice for people going through a similar situation?

CR: Well, I did go through a period of feeling less than a woman and feeling betrayed. But then I realized that he was going through an awful lot at that time. It was a very hush-hush period. It was not acceptable then. He was going through what he was going through. Because he joined Alcoholics Anonymous after me, his sponsor told him that he had to tell me what was going on in his life. That was very helpful. It is hard on the woman because one takes it personally; that there’s something wrong with you rather than it’s just a fact of life. It took awhile for me to accept that there was nothing wrong with me. It was just his needing to be who he is and moving on with his life. We got a divorce and I moved on with mine. It was tough. I don’t know what to tell (someone in a similar situation), because I did suffer. Maybe today it’s more acceptable. I don’t think it’s quite as unusual today.

GS: You also have a wonderful history of other gay men in your life, including classmate Paul Lynde, as well as Charles Nelson Reilly, and playwrights Terence McNally, Arthur Laurents and Stephen Sondheim. You also write about attending the same sex wedding of your granddaughter Nora. What do the LGBT people in your life mean to you?

CR: [Laughs] they’re wonderful! Just like everybody else. Nora and her wife Katrina just had a baby. Katrina is a little older than Nora, so they chose her to have the first baby. The baby’s name is Louisa and I’m a great grandmother. They’re two very bright women. They live in Boston and work for universities. It’s simply wonderful! It’s all about love, isn’t it?

GS: Absolutely! Finally, if there was a movie version of The Facts of My Life, who would you want to play you?