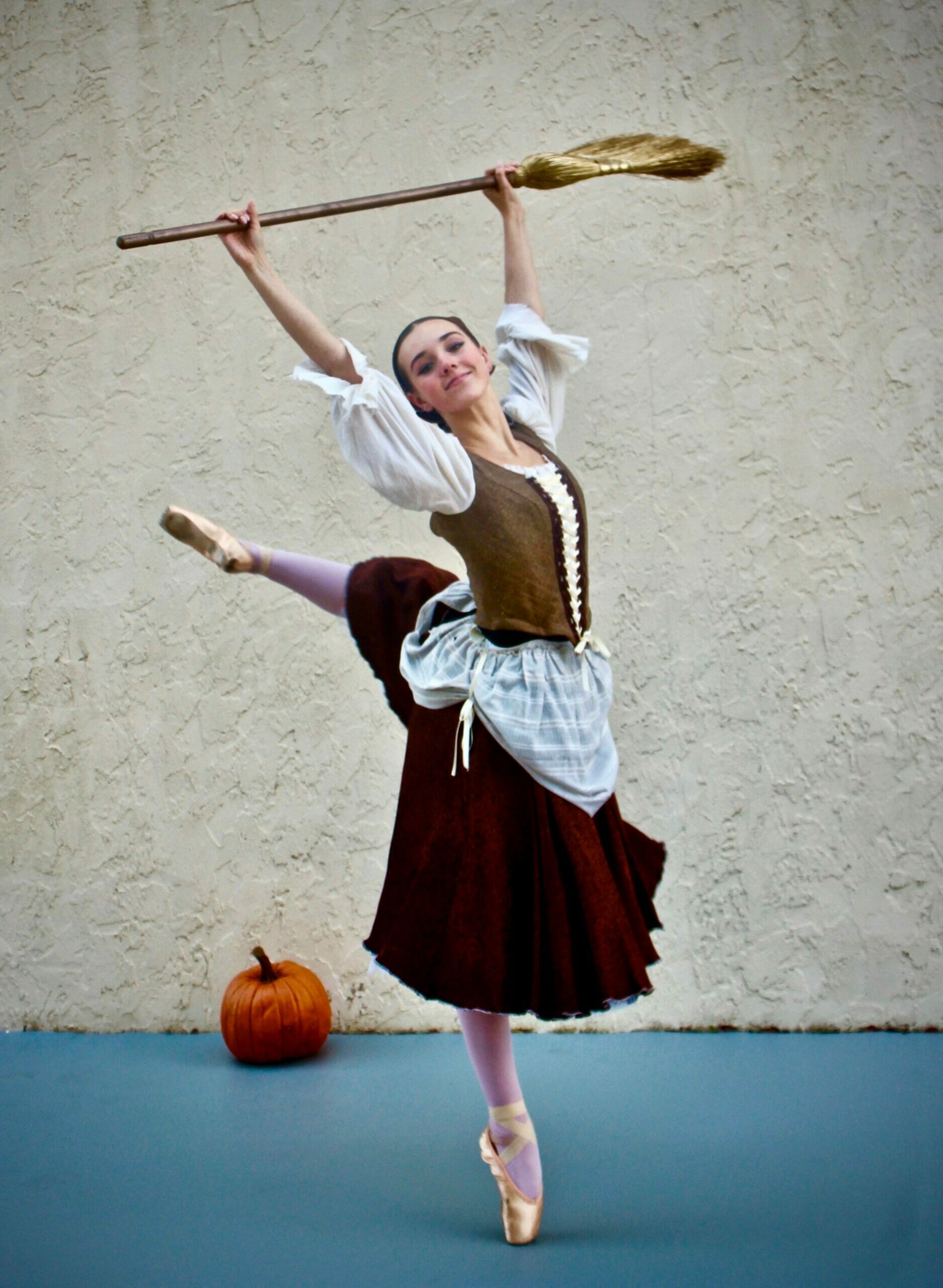 Paris Ballet and Dance is bringing the spellbinding magic of Cinderella to the Kravis Center!

The dancers of Paris Ballet — the prestigious Jupiter school founded by former international professional dancer Jean-Hugues Feray in 2009 — will present the beloved ballet for one night only on the mainstage of The Raymond F. Kravis Center for the Performing Arts on Sunday, May 15, at 8 p.m.

A timeless rags-to-riches love story, the ballet tells the tale of Cinderella, a young girl who is saved by a magical fairy godmother. Set to Sergei Sergeyevich Prokofiev’s unforgettable score, the ballet will feature exhilarating choreography by Feray, dazzling costumes, colorful sets and showcase the talents of many young dancers.

With the full performance of Cinderella filling Act I, Act II will be comprised of variations from the school’s most advanced dancers. The 12th anniversary show will close with an exclusive performance by international ballet stars Nicole Graniero and Brooklyn Mack dancing Marius Petipa’s enthralling and unforgettable Le Corsaire Pas de Deux.

While Paris Ballet has often performed in the Kravis Center’s Rinker Playhouse, this marks the first time the school’s students will perform on the mainstage: Dreyfoos Hall. This holds special meaning for Feray, who danced professionally for many years on that stage during his years with the original Ballet Florida.

“I spent 10 seasons dancing on the Kravis Center’s stage three times per year, including Ballet Florida’s popular holiday run of The Nutcracker,” he said. “It has meant so much to me to come full circle with my own school and have my dancers perform on the same stage when I spent so much of my professional career.”

“We are beyond excited to show the community how talented all of our dancers are,” he said. “Paris Ballet’s production of Cinderella is perfect for the entire family and an enchanting story that everyone will love. I’d like to encourage everyone to buy tickets for our 12th anniversary performance and enjoy this incredible ballet on the Kravis Center’s mainstage.”

The second of three Paris Ballet performances at the Kravis Center this season, Cinderella will feature some of the school’s most advanced dancers, some of whom recently won and have progressed to finals this month for the annual international Youth America Grand Prix dance competition (often referred to as the ‘Olympics of ballet’ due to the high level of training necessary to compete). Jupiter resident Raelin Flanigan, 16, will star as Cinderella, while Jupiter resident Devon Luxton, 17, will star as the Prince.

The performance will also showcase the talents of students in Feray’s prestigious not-for-profit Paris Ballet Conservatory, an elite accelerated training program for students preparing for professional dance careers. A native of France, Feray served as a principal dancer with many international companies, including Ballet Florida and National Ballet de Marseille. With both his school and conservatory, he and his staff focus on teaching ballet in its purest, original French form, in addition to other forms of dance.

The guest performances by two of ballet’s biggest stars in Act II of the show are also not to be missed. Graniero is currently in her seventh season with The Washington Ballet and previously danced with American Ballet Theatre. Currently a guest artist with American Ballet Theatre, Mack has danced with Orlando Ballet, The Washington Ballet and the English National Ballet. Both have received international acclaim for their work, including numerous stories about Mack in The Washington Post, NPR, The New York Times, Dance magazine and more.

“This is a once-in-a-lifetime chance to see international ballet stars Nicole Graniero and Brooklyn Mack perform together on the Kravis Center’s stage,” Feray said. “It’s very special and something audience members won’t see anywhere else. We’re so honored to close our big 12th anniversary show with their much-anticipated performance.”

This not-to-be-missed performance will take place on Sunday, May 15, at 8 p.m. at Dreyfoos Hall at The Raymond F. Kravis Center for the Performing Arts (701 Okeechobee Boulevard in West Palm Beach). Tickets: $14 to $49, with additional substantial discounts for groups of 10 or more and groups of 50 and more. For tickets, call the Kravis Center box office at (561) 832-7469 or visit www.Kravis.org.

About Paris Ballet and Dance
Paris Ballet and Dance was founded in 2009 by Jean-Hugues Feray, a native of France and former principal dancer with many international companies, including Ballet Florida and National Ballet de Marseille. Located in Jupiter, Fla., the school offers world-class dance training for students starting at age three. With a stellar reputation for quality, exceptional master classes and top-notch training in ballet, jazz, tap and modern, the school draws 100 students per year from as far as Vero Beach, Lake Worth Beach and Wellington. The school is also home to the prestigious not-for-profit Paris Ballet Conservatory, an elite accelerated training program for students preparing for professional dance careers. For more about Paris Ballet and Dance and its Conservatory, call (561) 308-8377 or visit www.parisballetdance.com.