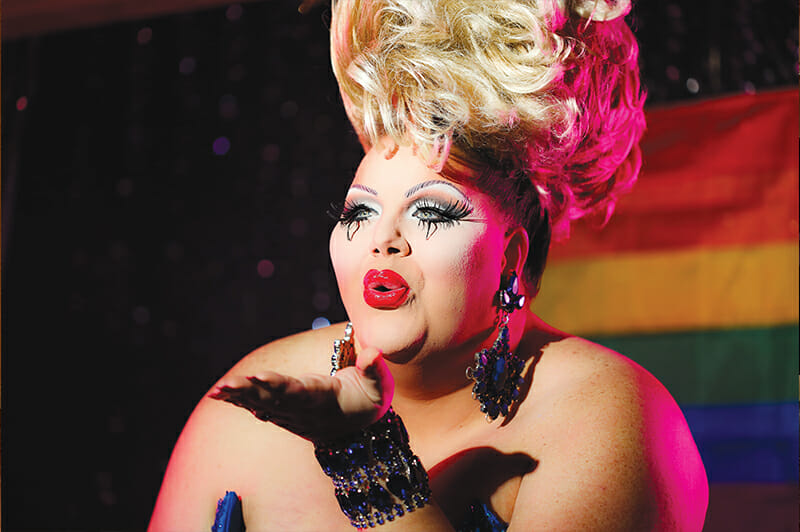 South Florida Celebrates all Letters of the LGBTQ+

Fort Lauderdale may be one of the greatest travel destinations in the world, but do you know why? It’s not just because of the magnificent beaches, attractions, or food. No, it’s also because of the diversity that we celebrate. Fort Lauderdale is a city that takes pride in embracing residents and visitors of every culture, origin, color, and identity. Every person has a different story to tell, and nothing will ever change that. The Greater Fort Lauderdale Convention and Visitors Bureau (CVB) has created several campaigns and promotional videos to showcase For Lauderdale’s welcoming environment, and I had the pleasure of chatting with Misty Eyez who was featured in one of these videos. Misty is a transgendered educator and trainer for SunServe, a non-profit organization that helps Fort Lauderdale’s LGBTQ community.

Let me start off by asking, are you a South Florida native? If not, where are you originally from and what brought you to South Florida?
I am from Anchorage, Alaska. How I got here is a tricky question, but everything happens for a reason, so why question it, right? I grew up in an Evangelical Christian family and I went to Oral Roberts University in Tulsa, Oklahoma for four years. My senior year, I was kicked out of school for being “gay.” When I called home to ask my mother for money for a plane ticket, she told me I could come home when I came back to Jesus. I was devastated. Long story short, Florida is the farthest you can get from Alaska without leaving the U.S.

Wow, I cannot imagine what that must have been like. Care to tell us a little more about your personal journey? When did you realize you were trans?
I’m not sure this article will have enough space for me to tell you about all of that, but here goes! My journey is a complicated tale of self-discovery. Most trans people realize they are trans at a very young age, like five or six, because that is when teachers tell them that boys are to line up over here and girls line up over there. Many trans children get in the wrong line and then get yelled at by the teacher. Misty! You’re in the wrong line! This creates a bit of trauma or embarrassment in the child and they will remember that moment throughout their entire life even if they probably don’t remember anything else from this age. I am the oldest of seven children, and I knew I was a girl at the age of two-years-old. That is when I learned the difference between boy and girl toys and things, and I was given the wrong toys. I was often getting into trouble for stealing or borrowing my sister’s skirts or dolls and hiding them in my room. Growing up in a strict Christian family, this was very difficult for me. I learned quickly to pretend to be male. I pretended to be male all the way through college. When I was a child, there wasn’t any YouTube or Google to find out what I was or if anyone else was like me. So, my journey was all self-discovery. When I was about nine-years-old, I started to realize I liked boys more than I should.

At 13, I learned the word “gay.” I never felt like I was gay. This label never really fit me, but I was male and therefore, I must be gay, right? Then after college, I went to a gay bar in Tulsa and saw a drag queen. I was breathless! My heart stopped, and I realized, this is me! A man who performs on stage as a woman. This was able to pacify my inner call to womanhood – for a while. Then one day, I saw a drag queen with breasts. There’s something called a transgender woman? What? I was mesmerized and perplexed and questioned everything. I then realized I was a trans woman. I was scared to death. With all this religious fear and guilt, I knew this was going to be a very long, difficult, and expensive journey.

You were involved with a promo video for the Fort Lauderdale CVB, the “Greater Together” campaign. Tell me more about that.
I was asked to represent both the South Florida transgender population and Lips, the “ultimate in drag dining.” It’s been a Florida landmark for the last, I want to say 11 years. It was an honor and a privilege to be in this video because I love Fort Lauderdale. We are a huge melting pot of many different walks of life. You can go to any grocery store, and the people around you, behind you, and in front of you are almost always a different race, creed, color, sex, gender identity, age, religion, national origin, ancestry, veteran status, even disability. I firmly agree with the video’s motto – we are “Great Together.” (#GreaterTogether.) We in South Florida are one human family and our unity makes us stronger. 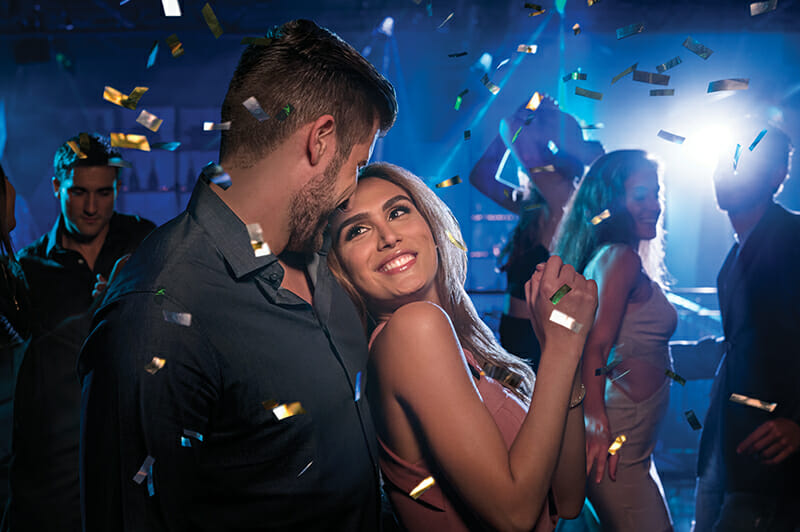 How were you approached and asked to be involved with the video?
Short answer – because Richard Gray from the Greater Fort Lauderdale Convention and Visitors Bureau loves me! We had the pleasure of working together awhile back on a trans project and he submitted my name for the video. I am so glad he did.

Will we be seeing you in any more promotion videos soon?
Oh goodness, I hope so! But the answer is I do not know. Possibly, yes?

Would you say Fort Lauderdale has always been a welcoming city for transgender people?
Hmm, always? This is a tricky question, and there are many levels and dimensions to this question. Fort Lauderdale has always been welcoming for LGBTQ people in general, yes, but I do feel that globally the T is often forgotten about and ignored. That being said, Fort Lauderdale is no different. I remember about 10 years ago they were trying to pass LGB laws and it was said if you take the T out of it, then it would pass. But let me also clarify that times have changed and so has Fort Lauderdale. Another thing to consider is that many trans people are straight men and women, and therefore do not identify as L or G. Some trans people have intentionally pulled away from the LGBTQ community in their path to self-discovery. For example, a straight trans woman seeking straight men probably will not find one in a gay associated place. But yes, Fort Lauderdale as a whole is very welcoming to all trans people no matter their preference or identity.

Where do you think Fort Lauderdale will be in 10 years for the LGBT+ community?
We have grown so much already, and we are clearly ahead of the times now. I cannot wait to see how warm and loving we will be in the next 10 years.

You also work for SunServe. Tell us more about the organization and your position. How long have you been there?
SunServe (www.SunServe.org) is a non-profit agency that started in 2002 as a mental health organization catering to the LGBTQ community who could not otherwise afford care. It has evolved into an organization that basically helps all people with whatever they need. We obviously still have a huge mental health department, but we also have a housing department for people who are HIV+, a women’s services department, a transgender services department, a senior daycare for people who are 65+ and a little wobbly, a huge youth department, an education/training department, and many support groups. I have been there for two years and love it. I was originally hired to be an educator and trainer going out into the world doing LGBT+ diversity and sensitivity training. After being here for several months, I expressed an interest in case management as well. So, now my official SunServe title is “Mind Expander.” I am both an educator and trainer and a case manager. Going into places like hospitals, police stations, clinics, and schools.  I do trainings and link our transgender clients to therapists who will help them to their path and find them trans competent doctors who will help them with their hormone replacement therapy and other needs. I also link people to HIV care if they need it or to HIV prevention, laser hair removal, etc. I am just here to help our brothers and sisters find all the resources that they need.

For anyone who is afraid to come out as trans, what advice would you give them?
This is a scary and difficult journey, but you can only run and hide from yourself for so long, but once you realize that you are trans, please know that you are not alone. I am here to help you with your journey.