In a joint production by the Broward Center and the Slow Burn Theatre Company, Hedwig will run from November 8-25, 2018 and will star Dominique Scott in the title role. I sat down with “Mr.” Hedwig himself to discuss his career and to hear his insight about the popular musical.

MIKE JEKNAVORIAN: You have the quote, “Everything is awesome,” on your Facebook page. Is that because you’re a fan of The Lego Movie?

DOMINIQUE SCOTT: Yeah (laughs). I was on tour with Rock of Ages at the time, and a couple of us went to a late night showing on one of our days off. I didn’t really have any expectations, but I thought it was so well done. The song itself is catchy and so “dumb,” and I mean that in the most complimentary and reverent way possible. I love it. More importantly, for some reason, I felt like that song and message resonated with me and my personality.

MJ: You have two different last names: Dominique Stasiulis and Dominique Scott. Is the “Scott” name a different persona, similar to how Bowie had different title/characters?

DS: You caught me! Stasiulis is my real last name. It’s a mouthful to say, and I had one too many people struggle to say it during my childhood, including members of my own family sometimes [laughs]. So when I graduated college, I decided to go with something more wholesome and all-American sounding. Professionally, everyone knows me as Dom Scott, or Dominique Scott, including Equity. I kept my personal profile page, Dominique Stasiulis, in case someone from my childhood wanted to find me somehow. But yeah, no persona or character in that sense. Dom Scott is just what I decided to go by.

MJ: Given that I don’t think anyone is known equally for both yet, would you rather be a rock star or a theater star?

DS: I actually had this conversation with my best friend a couple weeks ago. I’m definitely a multi-faceted performer. I’m equal parts actor and musician, although I was an actor first. I would of course love to be the most successful rock act in the world, but if that happened, I would still need to satiate my need to act. I love creating awesome art and performing, and as long as I’m satisfying the music and acting needs, I’ll be where I need to be.

MJ: Your website is called Domin8trx.com. Given its name, have you ever gotten any strange messages?

DS: Ha, ha. You’d think. I was music directing in college on the side, and the band I had decided to put on a rock show. We were trying to come up with a name, and my drummer came up with Domin8trx. I hated it, which probably made them love it even more. We played around in college as Domin8trx, but then when we moved to New York we tried to change the name. We could never find a name that stuck, so we went with Domin8trx. And I released my first album, Carousel, with Domin8trx as well. 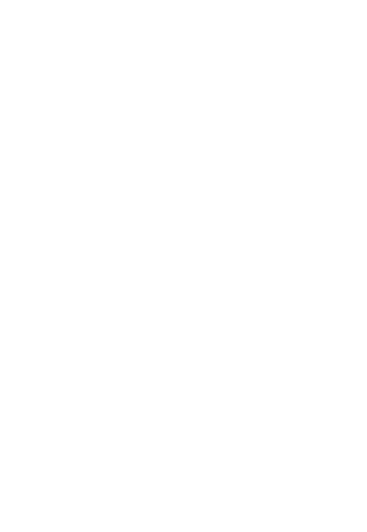 MJ: You’re originally from Miami. What do you miss about it?

DS: I miss my sister and my parents, for sure. Oh, and Pollo Tropical. You’d be surprised how hard it is to find a good rice and beans in New York! I don’t make it back as often as I should, and it feels like there is never any time. But I’ve been very fortunate over the past two years to spend quite a bit of time performing in Miami. I was down for two months this past spring doing MDQ at Actors Playhouse and again during the 2016 holiday season. But, yeah, I love Miami. I would never live there anymore, but anyone who has followed my career knows how incredibly proud I am to call Miami my hometown.

MJ: You live in New York City. What’s something that’s unique about New York that most people don’t know about?

DS: The MTA (Metropolitan Transportation Authority). The biggest bane of my existence. On a lighter note, New York is super diverse. That’s one of the things I was proud about Miami. It’s such a melting pot, so it was nice to experience a similar thing in New York.

MJ: Did you see any of the New York productions of Hedwig?

DS: I saw the Broadway revival. I actually saw John Cameron Mitchell in it. I enjoyed it. My friend, Ethan Popp, who I worked on Rock of Ages with, did the arrangements. I think that he did an incredible job. I also thought that, . . . The band was on fire, and that the sound design was really fantastic. I loved all of the technical elements of it. I remember having a really great time.

MJ: Did you consult with or meet the creators of Hedwig, John Cameron Mitchell or Stephen Trask?

DS: I haven’t, although I would love to. I know that both of them are busy working on other projects at the moment. I did watch a lot of their interviews online, though. It’s funny hearing them talk about developing the show in clubs around New York. That resonates with me because it’s exactly what I’ve been doing with different projects that I do.

MJ: The character of Hedwig has been done by many, and its challenges, both vocally and dramatically, are obvious. What will you bring to the role?

DS: I think I bring a deep understanding and appreciation for the story. To me that is the most important part. It’s where the message is and the whole point of the show. The comedy, the rock, the music, the glam, Hedwig’s charisma and very physical nature; all that stuff is awesome and an added bonus. And believe me, that stuff is gonna be there, but I think the story is what drives this bus and ultimately makes it matter.

MJ: Does the Hedwig character remind you of anyone?

DS: [Laughs] Well, not really one person in particular, but definitely a kaleidoscope of people and influences from my life. Although it’s funny, I told my cousin the other day that I often think of my late grandmother when I’m playing Hedwig. She wasn’t at all like Hedwig, but for some strange reason, I imagine some world in which she could be. It’s so weird [laughs].

MJ: And finally, what will you do with your downtime when you’re in South Florida?

DS: Well, my cousin and I, who’s playing Bass in Hedwig, started this music brand called Hollow Spirit Studios. It’s a platform where we create and release incredible work for ourselves and other artists. We’ve created a new Dom Scott CD called Midnight Radio exclusively for the show, and we’ll be selling it there. Proceeds from many of the items are going to a local charity, which we’re really proud about. Most importantly, I’m excited to meet new fans after the shows at the booth. That’s my favorite part of my career; connecting with people. I’ve always felt that way. And of course, gym time, basketball time, and as much family time as we can squeeze in!