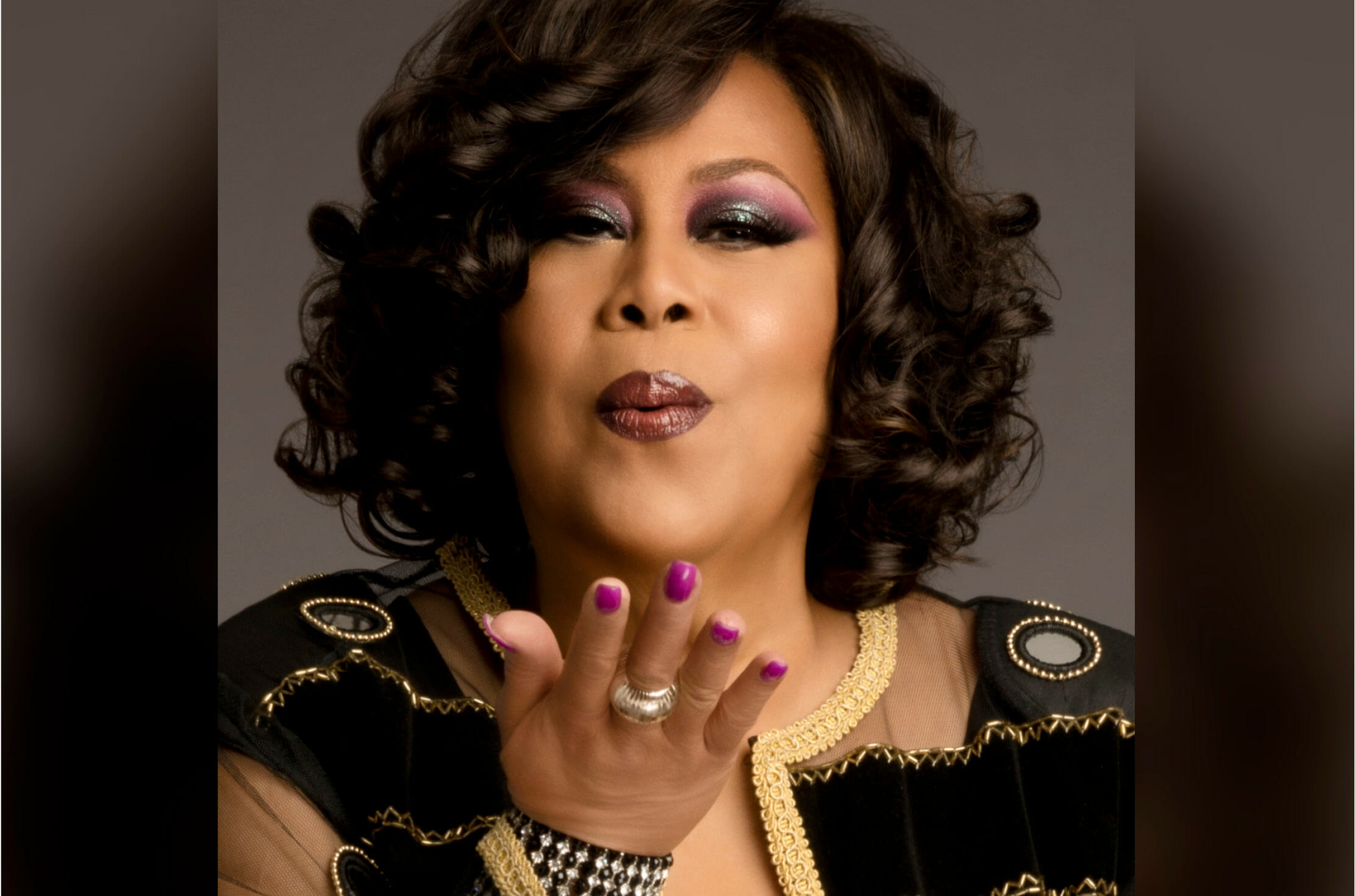 Few disco divas can make the claim that Martha Wash can. Early in her performance career, Martha Wash sang backup vocals for the one and only gay disco icon, Sylvester. Paired up with Izora Armstead as Two Tons O’Fun, Wash and Armstead can be heard singing on the classic Sylvester tune “Dance (Disco Heat),” among other numbers. Wash and Armstead also achieved superstar status with their massive 1982 hit single “It’s Raining Men,” performing as The Weather Girls. Wash made news in the late `80s and early `90s when unscrupulous music producers and musical acts, including Black Box and C+C Music Factory, used her powerful vocals without proper credit or compensation, leading to legal action and Wash received rightful recognition and recompense. Over the years, Wash has continued to record and perform as a solo act. In recent years, Wash has been one third of the trio The First Ladies of Disco, and will be performing alongside Linda Clifford and Norma Jean Wright on the second Ultimate Disco Cruise (www.UltimateDiscoCruise.com). I spoke with Wash in advance of the cruise setting sail.

Gregg Shapiro: In February of 2020, you are performing on the second Ultimate Disco Cruise. What are you most looking forward to about playing the cruise?

Martha Wash: Probably seeing some of the other acts, if possible, if I have time. There are going to be so many different acts on there, it might be a slight problem [laughs]. But I think it’s going to be a great time! There are so many different artists and genres of disco music. I’m always excited to see other artists that I admire and have known over the decades. Everybody’s going to have fun.

GS: How are your sea legs?

MW: Not very good! I have not been on a cruise in over 20 years. My sea legs are not good at all! We’re going to make it happen some kind of way; but I’m not the best, trust me.

GS: Along with Linda Clifford and Norma Jean Wright, you are performing on the cruise as one of The First Ladies of Disco. What has that experience been like for you?

MW: It’s fun. We’ve known and worked with each other off and on for many years. Sometimes, when you do shows with other artists, you’re not sure who’s on the lineup. Then when you get there and find it who it is, you say, “Oh, cool! This going to be fun.” We have fun because we act crazy [laughs].

GS: How does it work when it comes to performing? Are there solos as well as shared numbers?

MW: It’s three individual artists in one show. We come together and do our individual things, and then we perform the songs we’ve recorded together. We reached the Top 10 on the Billboard Dance Charts (in the summer of 2019) for the second single that we put out, “Don’t Stop Me Now.” That was great! We’re excited about it.

GS: What do you like best about performing in front of a live audience?

MW: I think the immediate gratification (of connecting with) the fans. It’s a two-way street. You’re giving off your energy. They’re sending off their energy. It’s a great thing when everybody is having a good time and you feed off of each other. I think most artists will tell you that. It’s the energy you receive from your fans that makes you want to do better and better.

GS: Of all the disco divas on the 2020 Ultimate Disco Cruise, I believe you are the one that has the longest running connection to the LGBTQ community due to your time singing with the legendary Sylvester. Do you have a favorite Sylvester memory you’d like to share?

MW: [Laughs] I’ve told this story quite a few times. I was doing a show with him. We were performing in a small club in Mexico. He was performing. It was me, Izora Armstead and Jeanie Tracey singing background (vocals) and dancing. He’s just singing and singing. All of a sudden, there’s smoke coming up from the floor, slowly rising. Izora and I aren’t thinking anything about it because in discos they have smoke (machines making smoke) coming out of the sides (of the stage). [Laughs] Jeanie, bless her heart, didn’t realize this. She thought the club was on fire [laughs] and she ran off the stage. Izora and I were still on the stage, dancing and singing, trying to figure out where she went. After our part was over, we asked Jeanie what happened to her. She said, “I thought the club was on fire!” We all laughed about that. We thought it was the most hysterical thing.

GS: Do you remember what the experience was like the first time you performed in front of a gay audience?

MW: It was probably back in San Francisco. It was just a progression. It wasn’t anything that Izora or I tripped about. We knew so many gay people, it was nothing for us. That’s your audience. That’s who you’re performing to. Go do your thing!

GS: Do you have any new or forthcoming musical projects that you’d like to mention?

GS: Will it be dance music and ballads?

MW: No, this is going to be what I call a “gumbo.” Different sounds from a little blues to a little rock to some psychedelic `60s stuff. It’s going to be different, again, even from the Something Good album, which was the last one I put out. This one is going to be called Love In Conflict.

GS: Finally, Martha, what does one wear when it’s raining men?

MW: [Big laugh] I guess maybe it all depends on where you are when it’s raining. Whether you’re inside or outside. You could have something on outside. If not, that’s fine, too. I’ll put it like this, you shouldn’t have anything on by the time it’s all over.